Americans warned to stay clear of right-wing demonstration in Kaiserslautern 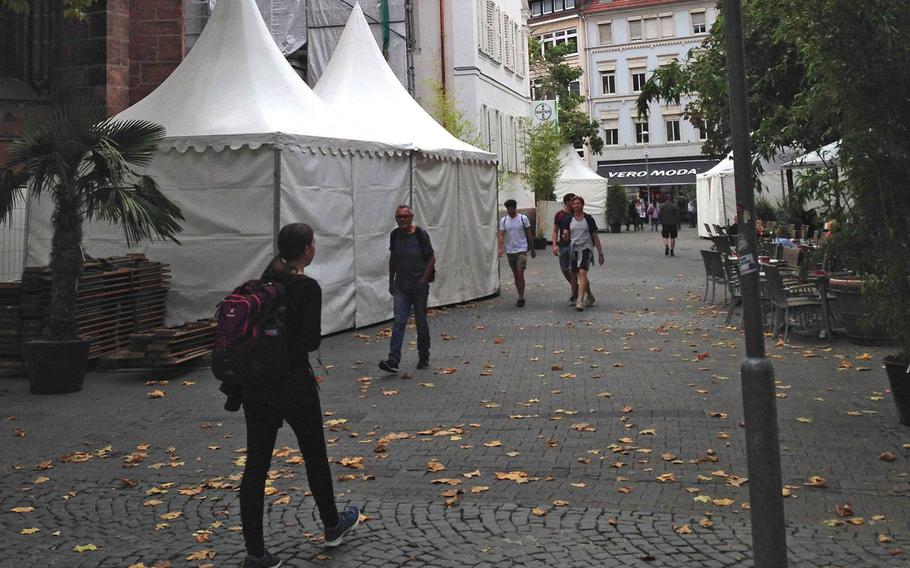 KAISERSLAUTERN, Germany — Servicemembers and Defense Department civilians are warned to avoid the city’s main pedestrian area Wednesday because of a planned right-wing rally and a left-wing counterdemonstration that could erupt in violence.

“A demonstration will take place tonight starting at 6:30 p.m. in #Kaiserslautern Schillerplatz,” U.S. Army Garrison Rheinland-Pfalz said in a tweet on Wednesday afternoon. “Both right and left wing are expected to be present and violence is anticipated. #USAGRP Directorate of Emergency Services recommend all personnel avoid this area tonight.”

After gathering at Schillerplatz, the right-wing group will march through Marktstrasse, Kerstrasse and Pirmasenser Strasse, said Luca Schulz, spokesman for the Kaiserslautern police.

A Facebook group called Kaiserslautern gegen Rechts, or Kaiserslautern against the Right, has called upon people to show up and protest the right-wing rally.

The protest is connected to the killing of a 35-year-old German man early Sunday in the east German city of Chemnitz. A 23-year-old Syrian man and a 22-year-old Iraqi man have been arrested in connection with the killing, whose circumstances are under investigation.

The death sparked violent protests in Chemnitz, where right-wing extremists attacked foreigners on the streets.