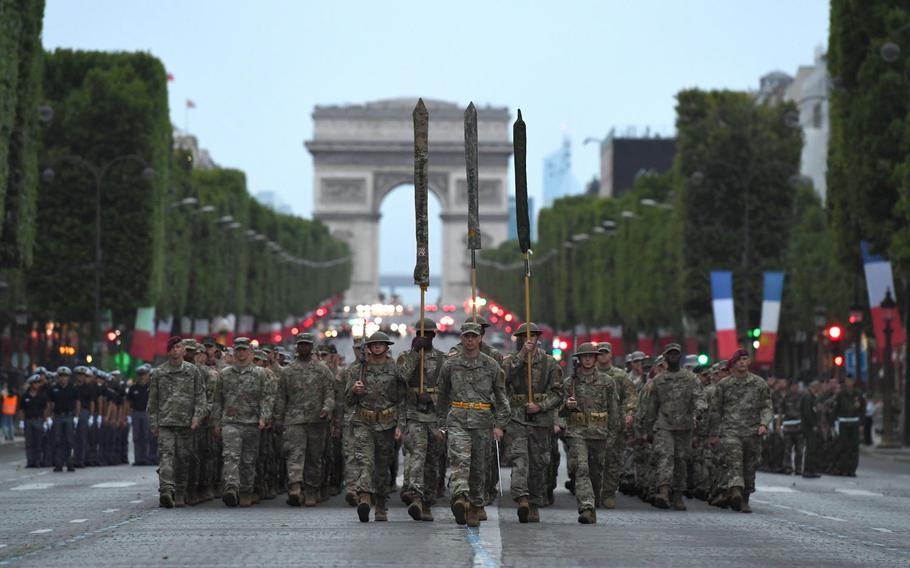 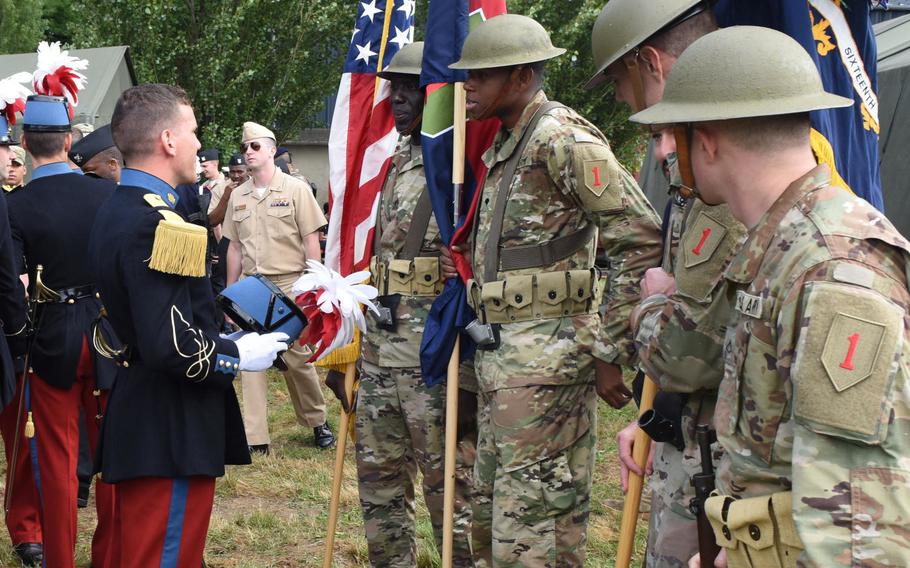 U.S. soldiers from the 1st Infantry Division meet a French servicemember during a break in rehearsal for the Bastille Day military parade in Satory, France, on Wednesday, July 12, 2017. Almost 200 U.S. soldiers, sailors, Marines and airmen will lead this year's parade. (Michael McNabb/U.S. Navy) 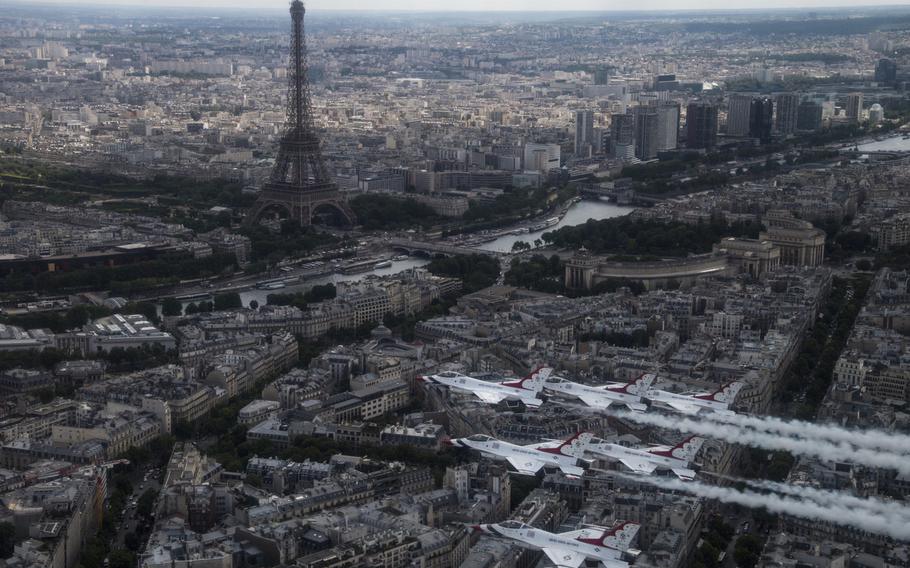 U.S. Air Force Thunderbirds fly by the Eiffel Tower during a practice procession in Paris on Tuesday, July 11, 2017. The Thunderbirds, along with more than 90 aircraft, will help France celebrate the 2017 Bastille Day festivities. (Christopher Boitz/U.S. Air Force)

U.S. President Donald Trump will join French President Emmanuel Macron to view the spectacle as thousands of military participants mark the storming of the Bastille prison on July 14, 1789, at the start of the French Revolution. They traditionally marched along the Champs-Elysees and through the streets near the Arc de Triomphe, bearing flags, astride horses and displaying military might and pomp.

The French government traditionally invites a country of honor to lead the parade, which is linked to a historical event and highlights a symbolic gesture of friendship, EUCOM said in a press release.

“France stood with us during the American Revolution and that strategic partnership endures today,” said Gen. Curtis Scaparrotti, EUCOM commander. “On behalf of the 60,000 service members standing shoulder-to-shoulder with the French to ensure Europe is whole, free and at peace, we are honored to lead the Bastille Day Parade.”

Scaparrotti pointed out that many of the U.S. troops sent to Europe to fight in World War I — which killed more than 9 million combatants and 7 million civilians — were descendants of European immigrants.

“Amidst the horrors of war, over 4 million Americans served in World War I and more than 100,000 Americans made the ultimate sacrifice,” he said.