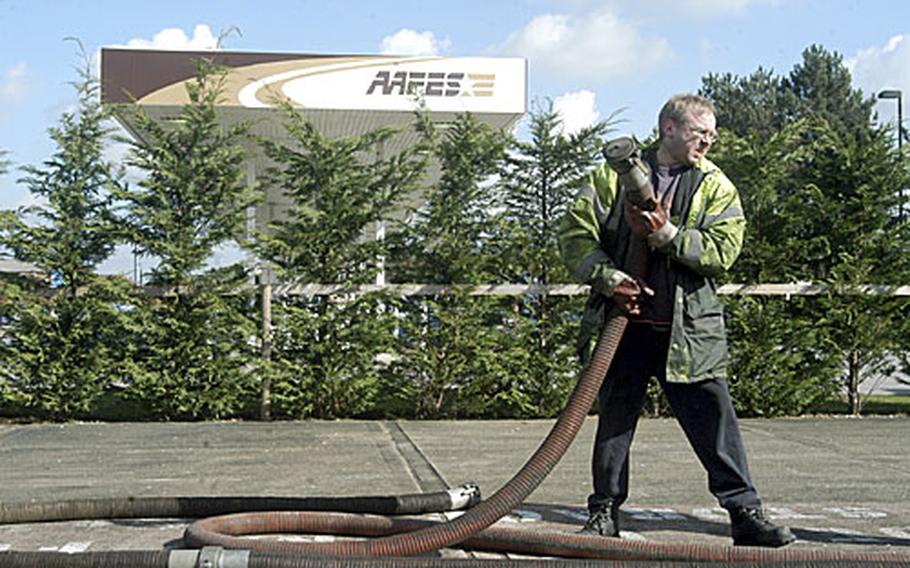 Cliff Kingham, from the Bob Terry Haulage Company, takes a hose back to his truck after pumping 32,500 liters of fuel from a storage tank at RAF Mildenhall&#39;s gas station last Thursday after tests showed that the fuel was contaminated. (Sean Kimmons / S&S)

Cliff Kingham, from the Bob Terry Haulage Company, takes a hose back to his truck after pumping 32,500 liters of fuel from a storage tank at RAF Mildenhall&#39;s gas station last Thursday after tests showed that the fuel was contaminated. (Sean Kimmons / S&S) 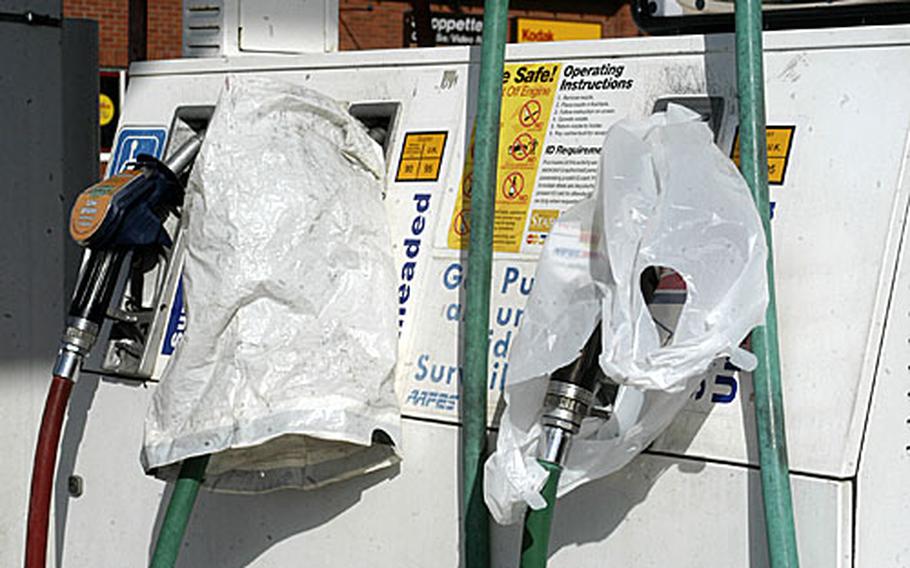 Cliff Kingham, from the Bob Terry Haulage Company, locks up a fuel storage tank after sucking up about 32,500 liters of fuel from RAF Mildenhall&#39;s gas station after tests showed that their fuel was contaminated. (Sean Kimmons / S&S) A traffic cone with a warning sign on it tells customers that RAF Mildenhall&#39;s gas station is closed. The gas station had about 32,500 liters of fuel sucked out of one of its storage tanks Thursday after tests showed that its fuel was contaminated. (Sean Kimmons / S&S) 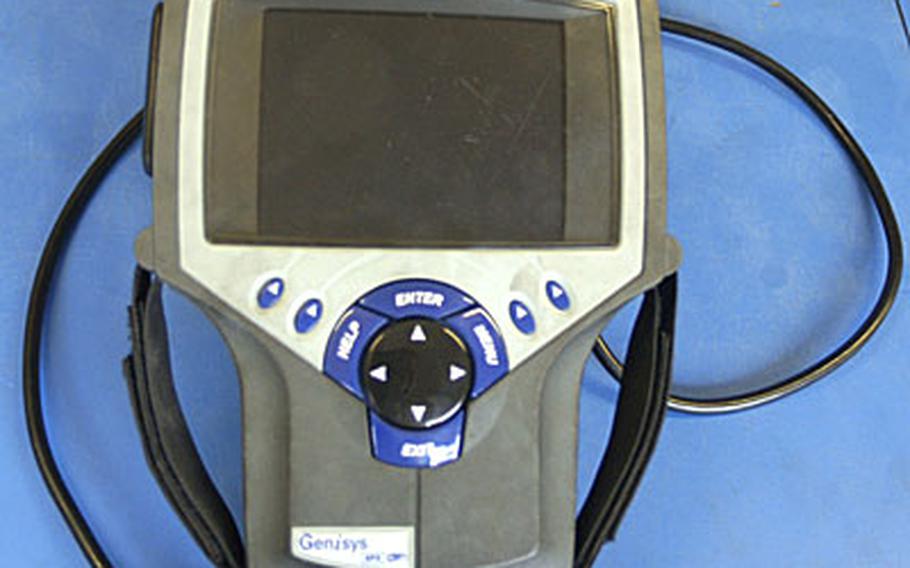 The Genisys diagnostic machine used at RAF Mildenhall&#39;s Auto Hobby Shop. The machine has been used extensively recently after drivers have complained about seeing their vehicle&#39;s check-engine light. The light signals problems with the car&#39;s oxygen sensor, which can be damaged by tainted fuel. (Sean Kimmons / S&S)

Silicone is used by the energy industry as an anti-foaming agent in diesel fuel but can react adversely in some unleaded gasoline engines, damaging automobiles&#8217; oxygen sensors.

Americans who bought the tainted fuel might be facing repair costs between $300 to $1,000, said a mechanic at the Mildenhall auto hobby shop, where unusually high numbers of motorists brought cars in for oxygen sensor scans last week.

It&#8217;s unclear how many American drivers may have been affected, however, and Army and Air Force Exchange Service spokeswoman Debbie Byerly said last week that officials are unsure when the tainted fuel was delivered to Mildenhall or Alconbury, the only two AAFES locations that tested positive for the silicone-laced fuel.

Byerly said that Harvest Energy, which also supplied local companies Morrissons and Asda with tainted fuel, would reimburse AAFES for the repairs.

Customers who believe their cars were damaged should fill out claim forms provided by their local legal office, Capt. Randall Smith of the 100th Legal Office at RAF Mildenhall said Monday. The forms are being turned over to AAFES on April 2 to process for possible reimbursement. Smith said his understanding was that Harvest Energy and its insurer would be validating the claims.

To make a claim, customers should have a copy of the car&#8217;s British registration, also known as the V5, as well as an estimate or proof of repair costs, and a receipt showing where the potentially bad gas was purchased. If the customer has thrown away the gas receipt, they may include a copy of a credit card receipt for the gas purchase, Smith said.

Even if no receipt is available, customers who make reasonable requests for reimbursement for repair costs should be taken care of, Smith said. Customers whose spouses are deployed will not need a special power of attorney in order to submit claims forms, he said.

If the customer purchased bad gas at an off-base station, they may file a claim under the British legal system, said a British attorney specializing in commercial claims. Smith agreed, saying the only way an off-base gas purchase could be claimed with an Air Force legal office would be if the driver could prove he was on official duty at the time.

Huw Wallis, of Cambridge-based Kester Cunningham John, also said that under British law a gas station, and not the supplier, would be responsible for any fallout from the distribution of fouled gasoline.

Wallis said claimants in the British system also should be sure to file for what he termed the &#8220;opportunity cost&#8221; of buying the bad fuel, and not just the bill for repairs and reimbursement for the cost of the gas. Opportunity cost is what a customer gave up &#8212; such as the ability to drive his car &#8212; by purchasing the bad fuel.

That number may be hard to quantify and could vary in each case.

Note to readers: Was your car damaged due to tainted fuel? We&#8217;d like to hear from you. Tell us your story by contacting Ben Murray at 238-4868 or e-mailing murrayb@estripes.osd.mil.

Stars and Stripes reporter Ben Murray contributed to this story.

Customers who bought tainted gas can get claim forms and additional information on filing a damage claim at their local legal office.

In some cases, the legal office will e-mail customers the claim form and filing instructions, so it&#8217;s best to call and find out if you need to make a personal visit to your legal office. The forms then need to be returned to the legal office, which then will provide the claim information to AAFES, whose two stations at RAFs Alconbury and Mildenhall tested positive for silicone-tainted gas.