Americans, Iraqis get together for Fourth of July celebrations 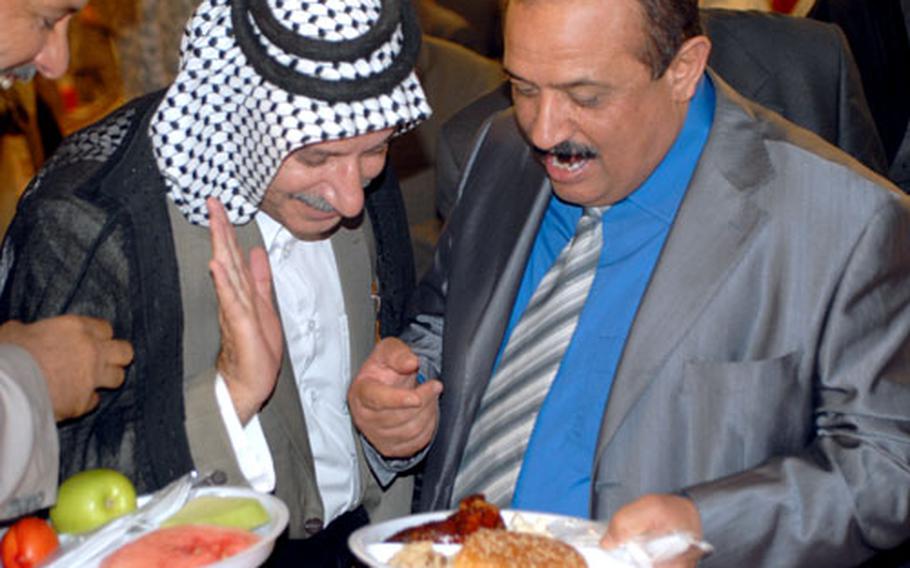 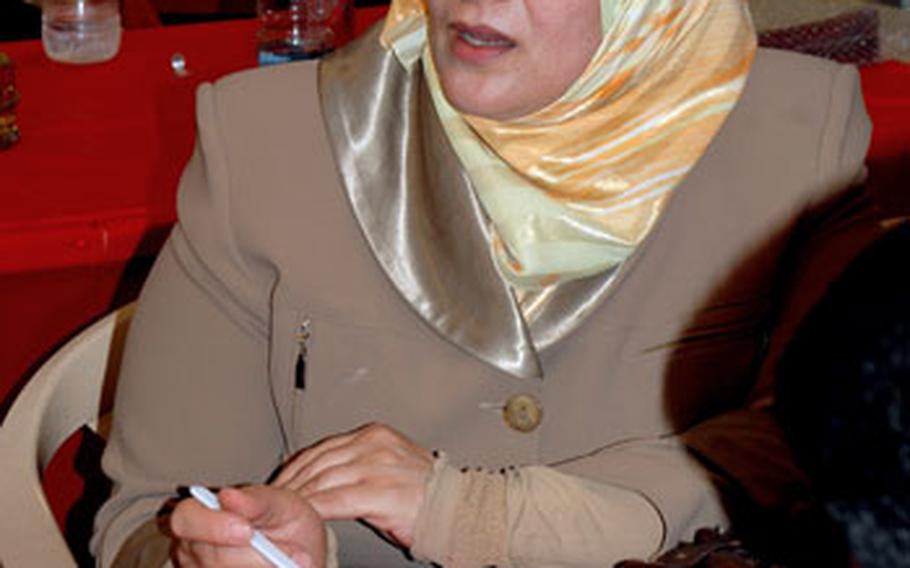 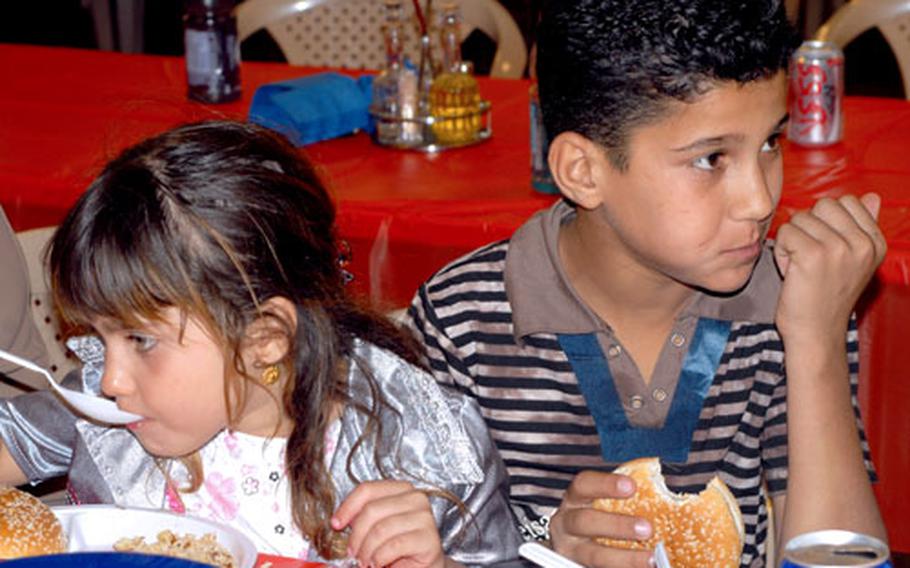 Iraqi children get a taste of American food at Forward Operating Base Echo. (Seth Robson / S&S) 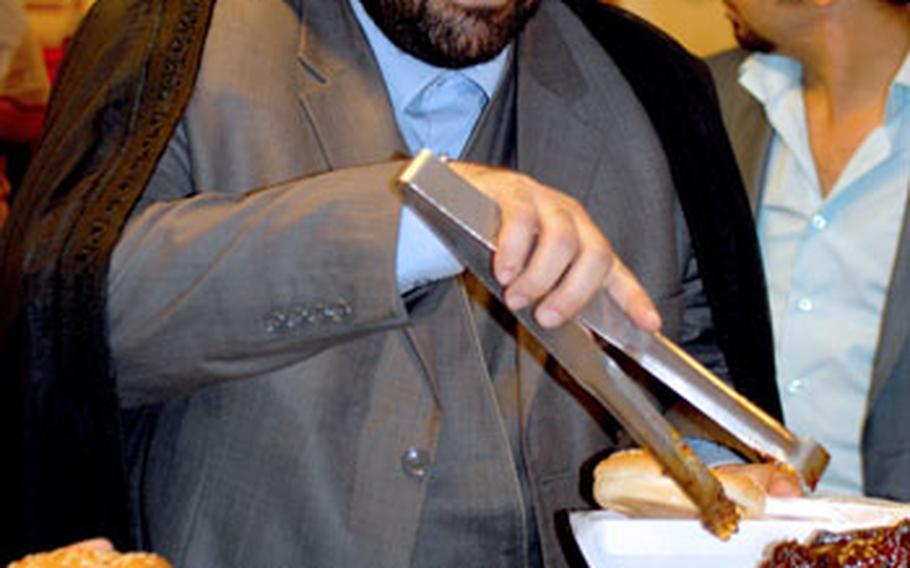 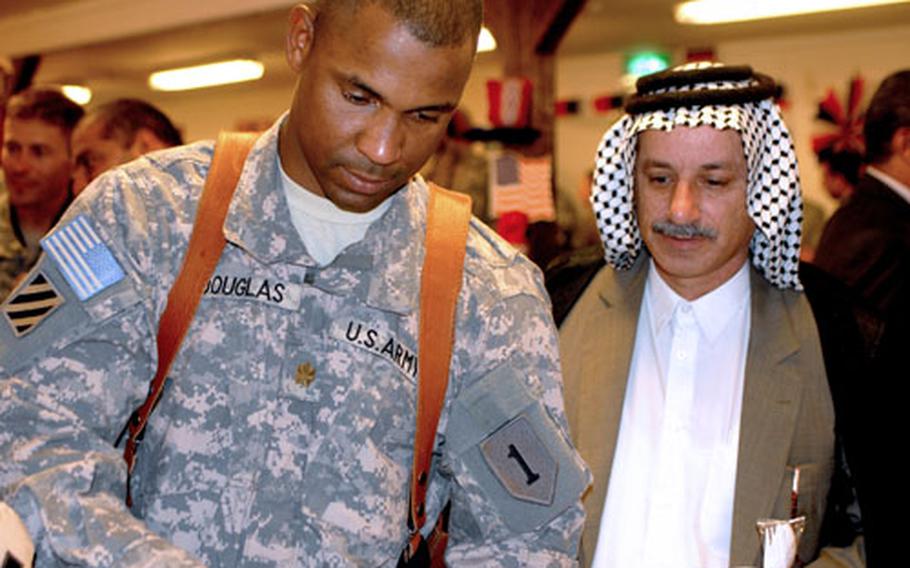 The party, organized by the State Department&#8217;s Qadisiyah Provincial Reconstruction Team for dozens of Iraqi guests at Forward Operating Base Echo, was a type of event seldom seen during the more than six years that U.S. forces have occupied the country.

This year Iraqis have also been invited to July Fourth celebrations at the U.S. Embassy in Baghdad and the Regional Embassy Office in Hillah. And there may be celebrations organized by other PRTs, which operate in every Iraqi province, according to Michael Kleshski, team leader of the Qadisiyah PRT.

The patriotic expression of American traditions contrasts with U.S. forces&#8217; normal policy of minimizing their impact on local culture to the point where, at one point, American bases did not fly U.S. flags for fear of offending local people.

At FOB Echo, home to Task Force 1st Battalion, 2nd Infantry Regiment, the celebration started when Iraqi leaders and family members arrived at the base dining facility to mingle with soldiers and PRT members.

Kleshski told the guests that the Fourth of July is one of the most-loved and most important American holidays.

&#8220;It&#8217;s a holiday when Americans of all nationalities and backgrounds get together to celebrate our country that we all really value,&#8221; he said. &#8220;We also celebrate our democracy and our freedom. We are all very happy that in Iraq we are able to celebrate the same thing.&#8221;

That style of eating contrasts with what Americans experience when they visit Iraqis, who typically wait on their guests during meals.

The Iraqis were soon lining up to fill plates with fried chicken, hamburgers, fresh fruit and cake before sitting down in plastic chairs to eat with the Americans.

PRT member Maj. Scott Barnett, 45, of Dallas, Texas, soon found himself explaining more about the holiday to the guests.

Sheik Baji Abid Fnayekh Awad of the Bani Aridth tribe, had never heard of the holiday. When he discovered that it celebrated a revolution against the British he was quick to point out that, in 1920, people in southern Iraq revolted against British rule.

&#8220;The battle happened in this area near Diwaniyah. The tribes here celebrate although it&#8217;s not recognized by the Iraqi government,&#8221; he said.

He then offered his congratulations to the Americans for their successful revolution.