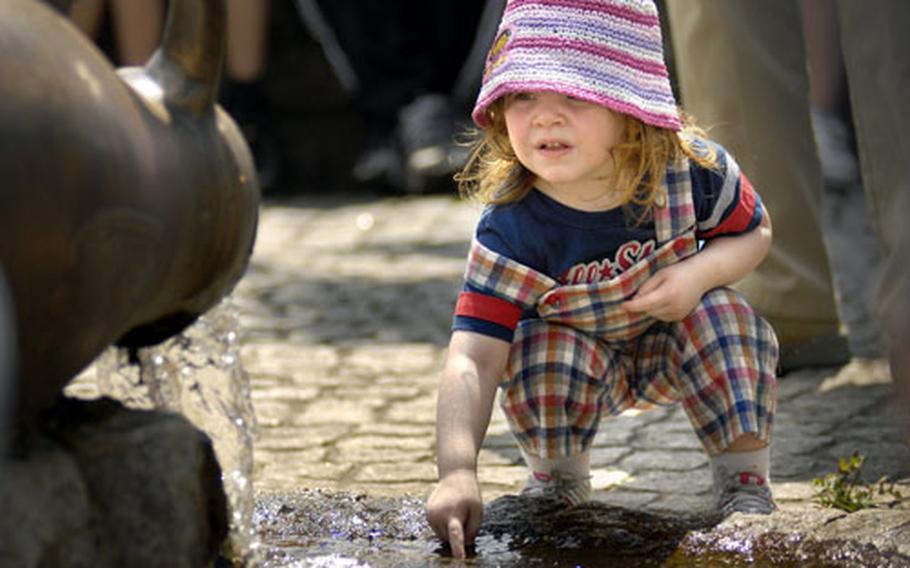 Lucille Kennedy, 2, checks out a water fountain in the center of Binsfeld before going on a hike through the town and the surrounding countryside Thursday. (Ben Bloker / S&S)

Lucille Kennedy, 2, checks out a water fountain in the center of Binsfeld before going on a hike through the town and the surrounding countryside Thursday. (Ben Bloker / S&S) 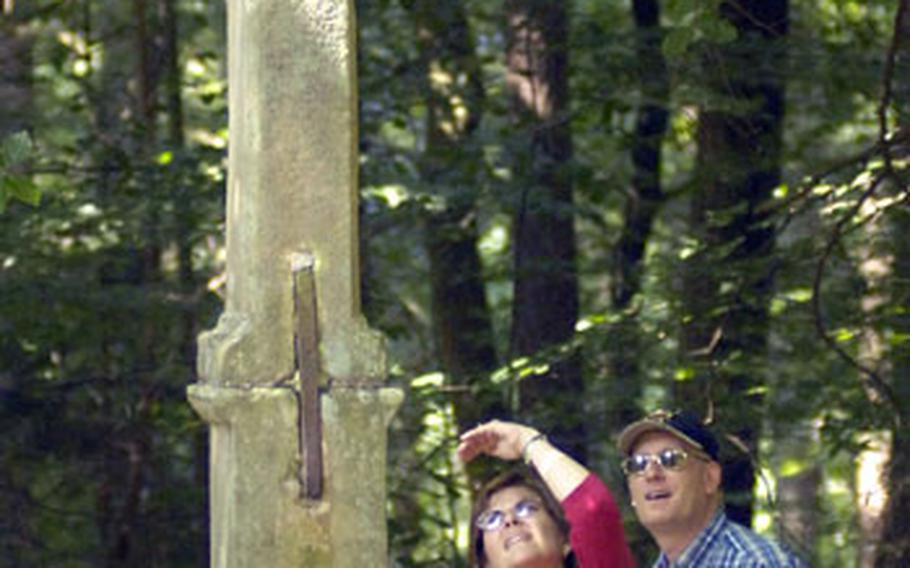 Col. Bill Nadolski, right, and his wife, Rocio, center, gaze at one of 14 crosses in and around the town of Binsfeld during the group hike. (Ben Bloker / S&S) 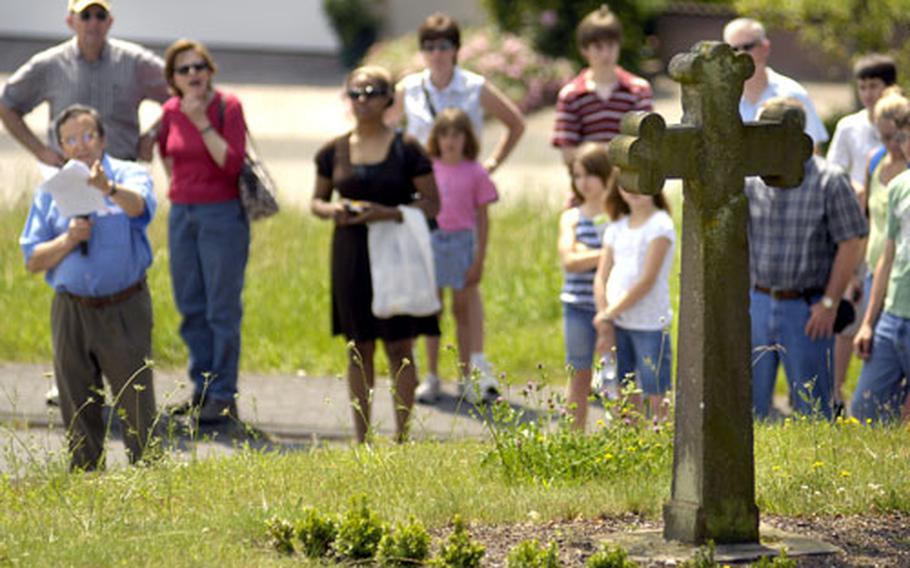 BINSFELD, Germany &#8212; Nearly 50 Americans from Spangdahlem Air Base took a hike Thursday afternoon through and around the town of Binsfeld just outside their base, learning a lot about the neighborhood &#8212; and a special use for beer.

The 52nd Fighter Wing allowed its airmen an extra day off during the Fourth of July holiday to participate in Explore the Eifel, an event in its fifth year, with hopes of deepening relationships with local Germans. One of the events was the two-hour walk led by Reinhold Fabar, an English-speaking resident who pointed out landmarks and explained some of the town&#8217;s traditions.

Master Sgt. Ronnie Evans, a generator mechanic assigned to the 606th Air Control Squadron, appreciated seeing the neighborhood through the eyes of the locals. It was the second year he had taken the tour.

Herres Lothar, Binsfeld&#8217;s mayor, said residents are used to having Americans in their community. But with servicemembers and their families moving every few years, conducting the annual walk helps to get new Americans to mix with their neighbors while teaching them something about the Eifel region of Germany.

&#8220;The biggest success of the Eifel walk is getting neighbors out there to interact,&#8221; said Lothar, who carried a portable speaker system throughout the tour so the crowd could hear the guide.

Explore the Eifel continues daily through Sunday with various community and castle tours going on along with activities ranging from golfing and canoeing to wine tasting.

As for the special use of beer: Lothar announced at the end of the hike that doctors prescribe the local Bitburger beer to fight off kidney stones. After some laughter, hikers lined up for their prescriptions.