Americans divided over wisdom of invading Iraq in 2003, poll finds 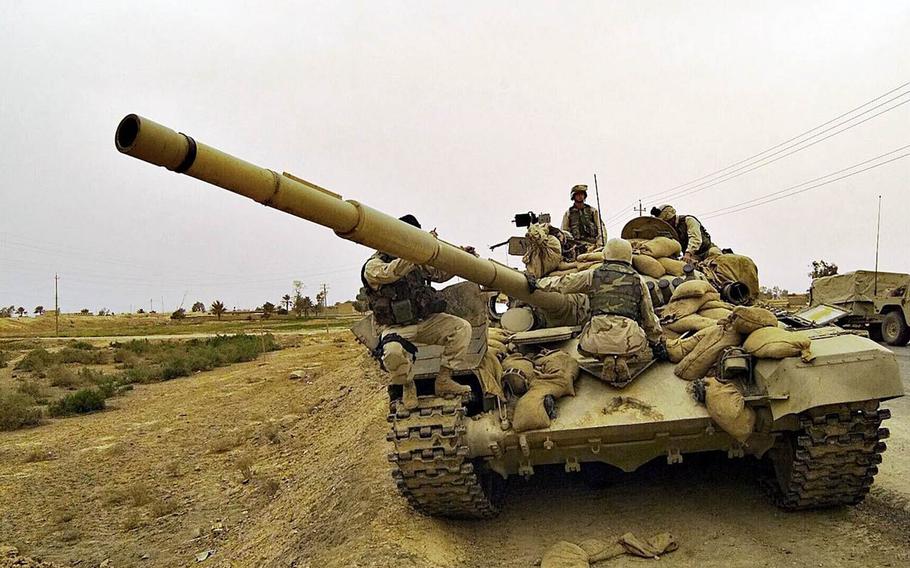 Fifteen years after U.S. troops invaded Iraq in March 2003, Americans are split over whether the use of military force was the right decision, new polling shows.

Nearly half of Americans — 48 percent — say President George W. Bush administration’s decision to invade the country was wrong, according to a survey conducted among 1,466 adults March 7-14 by the Pew Research Center.

Forty-three percent told pollsters it was the right decision.

The Bush administration maintained that Iraq, led by dictator Saddam Hussein, possessed weapons of mass destruction and that the regime posed an imminent to the United States and its allies. Some U.S. officials said Hussein was supporting al-Qaeda, the group responsible for the Sept. 11, 2001, attacks on the World Trade Center and Pentagon.

No evidence of weapons of mass destruction was found after the invasion.

According to a Defense Department tally, 4,411 servicemembers died in Operation Iraqi Freedom, with another 31,957 wounded.

Support for military intervention in Iraq has declined considerably over the past 15 years, according to Pew.

In late March 2003, Pew found that 71 percent supported the decision to invade, compared to 22 percent who said it was wrong. A year later, only 55 percent of those polled thought it was the right decision.

By 2007, public opinion on the war had turned “decidedly negative,” according to Pew.

The majority of those identifying both as Democrats or Republicans were initially more supportive of the war.

Today, a 61 percent majority of Republicans and GOP-leaning independents say the decision to use force was right, compared to only 27 percent of Democrats or those leaning Democrat, Pew found.

During the first decade of the war, a majority of Americans viewed the Iraq War as successful.

That optimism has dwindled since 2014, just as the terrorist group Islamic State drove Iraqi troops out of western Iraq and captured the major city of Mosul. The group has since been largely eradicated from the country.

Today, a slim majority of 53 percent of Americans say the U.S. “mostly failed” in achieving its goals in Iraq, Pew found.