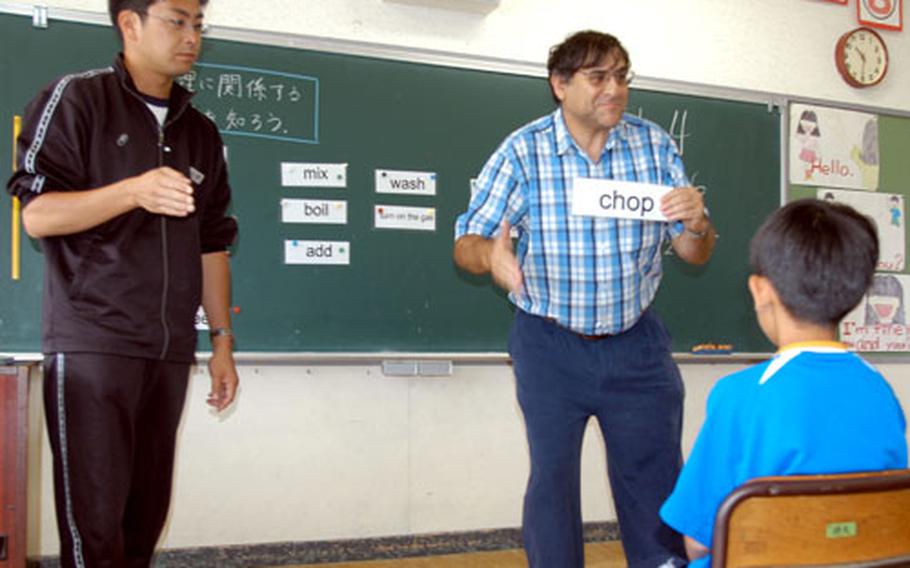 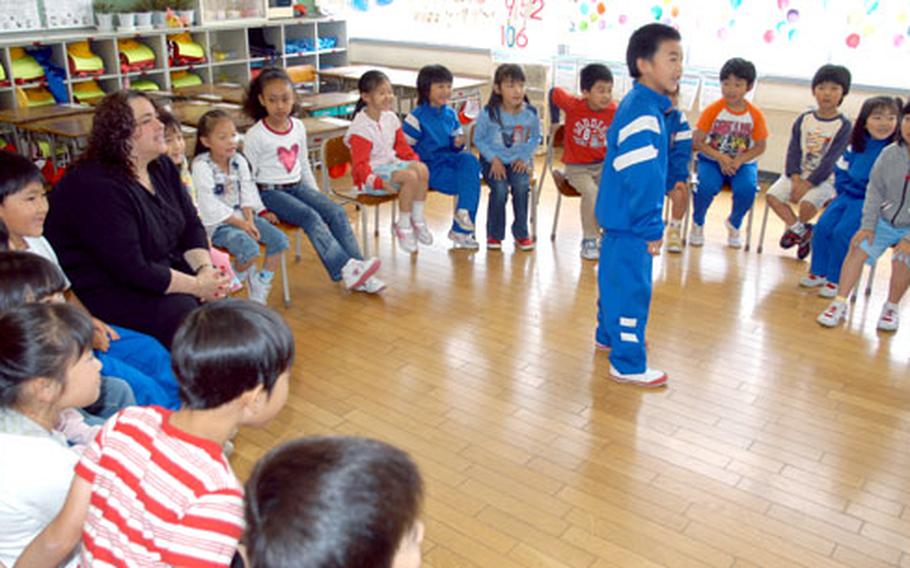 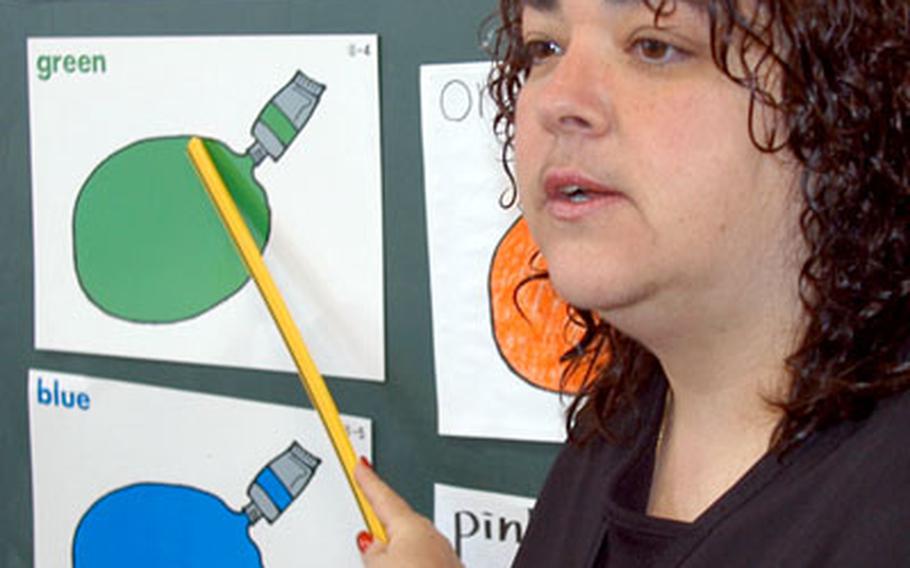 MISAWA, Japan &#8212; The first-graders at Okamisawa Elementary School belted out a big &#8220;hello&#8221; when Trish Reams stepped into the room.

For many, it&#8217;s the first English word they spoke that day, a warm-up for their brains and tongues as English class at the Japanese school was about to begin Wednesday.

This year marks the first that English will be taught to all 3,000 elementary school students in grades one to six in Misawa city.

The city is one of three school districts in northern Japan&#8217;s Aomori prefecture to be designated a &#8220;special deregulated zone&#8221; by the Japanese government for English teaching. The city applied last year for government approval to introduce English conversation lessons into the elementary school curriculum, making it one of about 50 school districts in Japan with this special status, according to Taeko Tanaka, Misawa city international education coordinator.

It&#8217;s preparation for what&#8217;s to come: The Japan education ministry is planning to make English mandatory at elementary schools in the future, according to a March story in the Japan Times.

Misawa city is employing mostly native English speakers to assist Japanese teachers with English lessons in the city&#8217;s eight schools. Seven assistant English teachers from Misawa Air Base began working in April &#8212; the start of the Japanese school year. They get paid 5,000 yen, minus income tax, for each 45-minute lesson, Tanaka said.

The assistant English teachers must commit for one year and usually work about two to three hours a week, several times a month. The prefecture also hired two English teachers from the States to help with lessons, Tanaka said.

At Okamisawa, the number of English lessons per year ranges from 14 to 36, depending on grade level. Misawa&#8217;s board of education designs the curriculum, and Tanaka meets regularly with the assistant teachers to review lesson plans.

On Wednesday, Reams, a Navy spouse and civilian employee at Misawa, reviewed colors with teacher Akiyo Kubo&#8217;s first-graders. They sang songs and played a game.

Reams&#8217; daughter, Emily, is a second-grader at Okamisawa. She also volunteers after school twice a month for the school&#8217;s English club.

According to the Japan Times, elementary schools aren&#8217;t allowed to offer English as a formal subject because it&#8217;s not part of Japan&#8217;s academic guidelines for education at that level. But more than 90 percent of elementary schools hold English-related activities &#8212; such as games, songs, simple conversation &#8212; the newspaper reported in March.