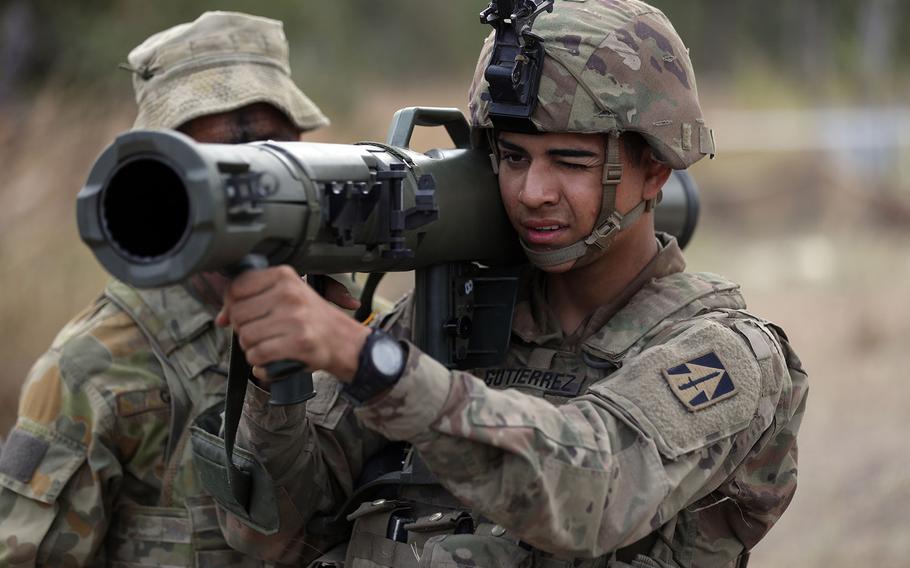 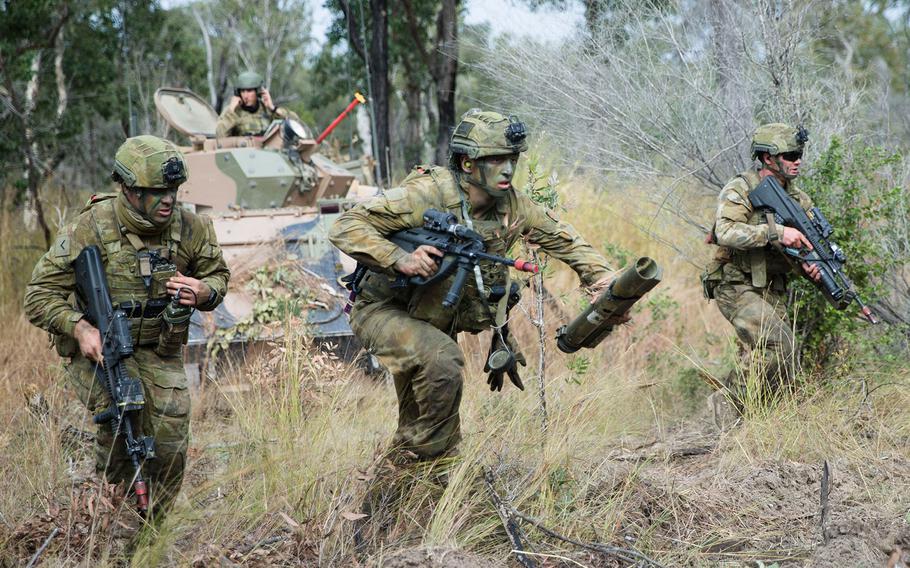 U.S. and Australian troops have wrapped up a two-week exercise Down Under honoring the centenary of the first time the Pacific allies fought alongside each other.

In the Battle of Hamel during World War I around the town of Le Hamel, France on July 4, 1918: “Two brigades of Australian infantry assisted by American troops, British Mark V tanks and exceedingly accurate artillery barrages, quickly overrran German positions and took 1,000 prisoners,” according to the Australian War Memorial website.

In the decades that followed U.S. and Australian troops fought shoulder-to-shoulder on battlefields from New Guinea to Korea, Vietnam, Iraq and Afghanistan.

And a century later, 800 Americans and 6,000 Aussies participated in Exercise Hamel on June 18 through July 1 at Australia’s Shoalwater Bay Military Training Area.

The drill involved Australian soldiers preparing for deployment to Afghanistan and U.S. troops from as far afield as Indiana, Hawaii and Okinawa, Japan.

In any major contingency, American and Australian forces will work side by side, Ross Babbage, an Australian defense expert said in a phone interview Tuesday.

“It’s important to have not only an understanding of joint tactics and doctrine, but to develop personal relationships all the way down to the platoon level,” he said.

Exercise Hamel was a chance for the Australians to test new unmanned aerial vehicles, C-27J Spartan cargo aircraft and LAND 121 protected mobility vehicles, according to the Department of Defense.

The new planes are able to get into places where a C-130 Hercules can’t go and will be important for operations in the Pacific in places like Papa New Guinea, he said.

In the final battle of the exercise Australian and U.S. forces took on a near-peer adversary played by troops from 3rd Brigade, Australian Army. The combined force captured a critical airfield in a large-scale combined arms battle with tanks, dismounted infantry, air support, artillery and unmanned aerial vehicles, according to the statement.

“We were able to conduct a very challenging and worthwhile command post and field training exercise, outside the United States, and achieve a higher level of readiness than I anticipated while creating great relationships with the Australians during an historic time in our shared military history,” U.S. Army Col. Robert Burke, the commander of the 76th Infantry Brigade Combat Team, said in the statement.