Staff Sgt. Samuel Wyatt says of Bosnia: "Some areas you go to, it looks like the war ended yesterday. Other neighborhoods you could see anywhere in Europe." (Ivana Avramovic / S&S)

Staff Sgt. Samuel Wyatt says of Bosnia: "Some areas you go to, it looks like the war ended yesterday. Other neighborhoods you could see anywhere in Europe." (Ivana Avramovic / S&S) 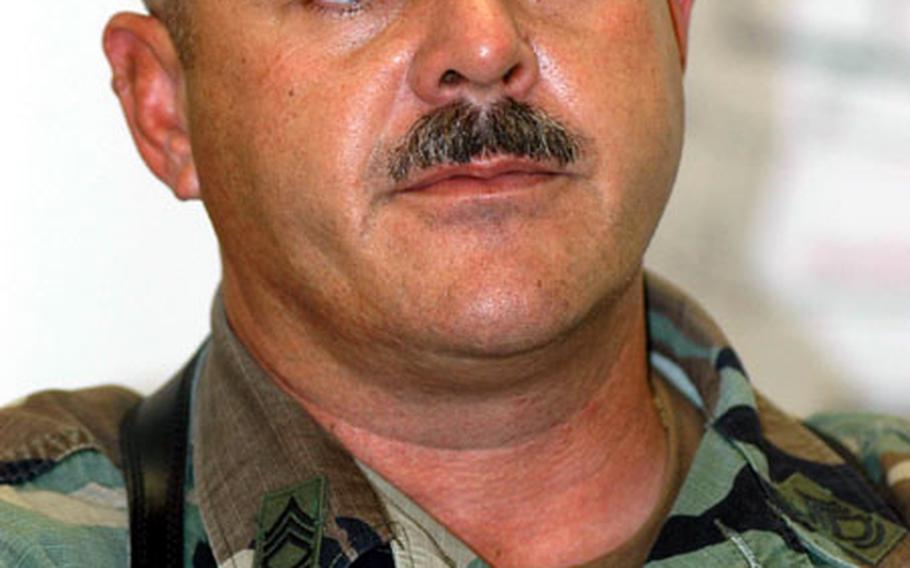 EAGLE BASE, Bosnia-Herzegovina &#8212; Collectively, U.S. soldiers have spent nine Christmases, eight Thanksgivings and Fourths of July, and thousands of birthdays and anniversaries serving as peacekeepers in Bosnia.

Since the inception of the Implementation Force &#8212; IFOR &#8212; on Dec. 20, 1995, and its transformation into the Stabilization Force &#8212; SFOR &#8212; a year later, thousands of American troops have logged time in country. Most of them have served six-month tours, with each rotation adding on a number.

So the 800 or so Americans currently serving in Bosnia are a part of SFOR-15. There might not be an SFOR-16. And soldiers have mixed opinions about that.

&#8220;I see signs the Bosnian people are taking control of their own destinies,&#8221; said Sgt. Kevin Brown, the training noncommissioned officer for Company A, 2nd Battalion, 152nd Infantry Regiment.

But that opinion isn&#8217;t shared by some of the other members of his company.

Capt. Jimmy Coats compared Bosnia to the United States in the 1920s, with criminal elements constantly maneuvering behind the scenes. He said SFOR has an inkling of who some of the players are, but &#8220;we can&#8217;t do anything unless we see it.&#8221;

He fears that if SFOR pulls out, those elements will take on a more visible, and powerful, role.

Asked if the overall mission could be called finished with suspected war criminals such as former Serb leader Radovan Karadic still on the loose &#8212; despite attempts by SFOR troops to capture him &#8212; Coats had a quick and simple answer: &#8220;No.&#8221;

But even soldiers who agree with that sentiment question how long U.S. and allied troops can continue to serve in Bosnia.

Others say that some parts of Bosnia appear ready to move on. But other parts aren&#8217;t.

Wyatt said many locals don&#8217;t trust their elected leaders. Most soldiers agreed that residents appear to trust those wearing American flags on their shoulders.

&#8212; Ivana Avramovic contributed to this report.