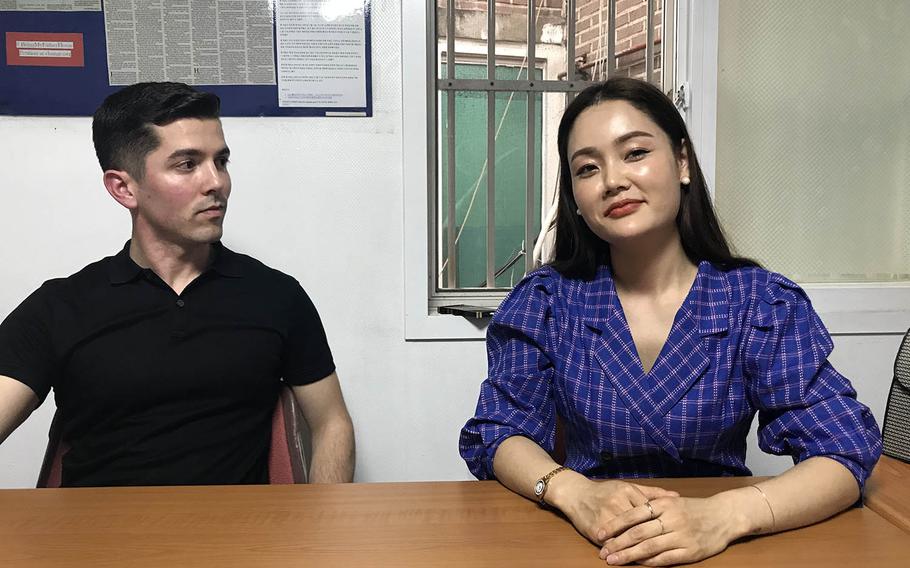 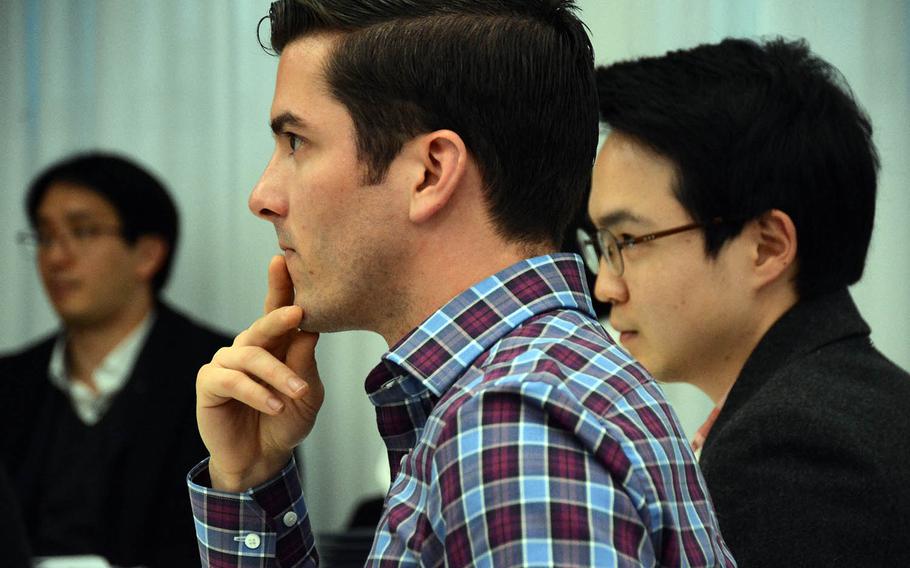 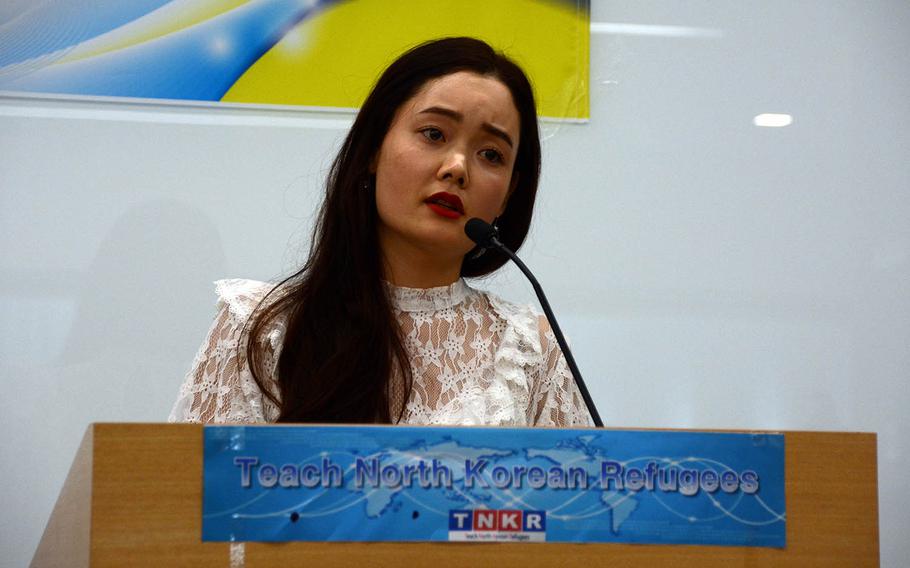 SEOUL, South Korea — Yuna Jung, a North Korean refugee who escaped to the South, did a doubletake when she learned the regular occupation of her American speaking coach.

“He said he was a military officer. I said, ‘wow you’re the real enemy,’” she recalled, laughing as she explained that she used to shoot at targets simulating U.S. soldiers during military training as a teenager in North Korea.

Jung, now 32, reassured Capt. Matthew McGoffin that he doesn’t look at all like the targets, which were made to look ugly and sinister.

The duo worked as a team for about three months to prepare Jung for a speech contest organized by the nonprofit organization Teach North Korean Refugees.

McGoffin, who serves on the U.S.-led Combined Forces Command in Seoul, has volunteered for the group since reporting for duty on the divided peninsula a year ago.

The 29-year-old Lafayette, La., native is preparing to leave for his next post in Washington this month, but he hopes more soldiers and other Americans working for the military in South Korea will consider volunteering.

“Obviously these are people who have been through a lot to get their freedom,” he said during a joint interview last week. “This program is directly having an impact on real North Koreans, not hypothetical. They’re not thousands of miles away. They’re right here and this is what can you do about it.”

Casey Lartigue, an American who co-founded the group with South Korean researcher Lee Eunkoo, said soldiers had been among the worst volunteers in the past, but the situation has improved after they began laying down the ground rules.

“We actually had one soldier that we had to ban from the program because he actually started dating one of the refugees and trying to hide it,” he said, adding that happened in 2014. “We’ve also had some North Korean refugees who were targeting U.S. soldiers so we also had to remind them that they had to be careful to protect their privacy.”

“But lately we’ve had really good ones, including Matt, so we’ve turned things around,” he said.

McGoffin was drawn to the organization because he wanted to help North Korean adults, who face many challenges in trying to integrate into their new society.

More than 32,000 North Koreans have fled to the South since the 1950-53 war between the two countries ended in an armistice instead of a peace treaty. Defectors are automatically granted citizenship and financial support once they arrive in South Korea but must go through a transition period that includes debriefing and reeducation.

Jung, the daughter of a former North Korean military commander, decided to defect after watching South Korean dramas that painted a more flattering picture of the rival nation than she had been led to believe.

“The government taught us that South Korea is a poor country and that our forever enemy, the American military, actually colonized South Korea so the people are living in a kind of hell,” she said.

She escaped to China in July 2006, then made her way through several other countries before reaching South Korea. Jung had studied English in North Korea, but she was surprised how little she knew after arriving in Seoul.

“In North Korea they didn’t teach us American English. I didn’t even know that Americans speak English because they taught us that the English came from England,” she said.

“When I came here I found out that my pronunciation was really, really bad. It’s like an old-fashioned British accent but nobody understood,” she added, speaking in clear English that showed how hard she has worked to improve her skills.

She kept a low-profile during her early years in South Korea because she was afraid for her family, but her father, mother and brother have finally joined her after escaping separately so she is increasingly appearing in public.

Jung began working with McGoffin late last year because she wanted to improve her speaking skills, so she can spread the word about life in North Korea.

“The reason I learned English is because when North Korea and South Korea get reunited one day finally, I want to be a traveler or guide for foreigners,” she said. “I want to talk about the real North Korea and be kind of like a North Korean refugee messenger.”

Teach North Korean Refugees focuses on a practical approach to helping refugees by providing them with free English training.

Jung chose McGoffin as a coach for the Feb. 23 speech contest – with the theme “My future TED talk about North Korea” – because his name was on top of a list.

“I didn’t know that he was a military officer, but it turned out that he was the greatest teacher,” she said during the interview.

During the nearly 10-minute speech, McGoffin watched intently, reading along, as Jung described her first moments of freedom – getting South Korean citizenship, getting her driver’s license and the day she got her passport.

North Korean leader “Kim Jong Un has ICBMs and missiles, but he cannot go anywhere really, but I have a little passport. I can go to America, Europe and anywhere around the world, so I felt like I have more freedom than Kim Jong Un,” she said in her speech, which won second place.