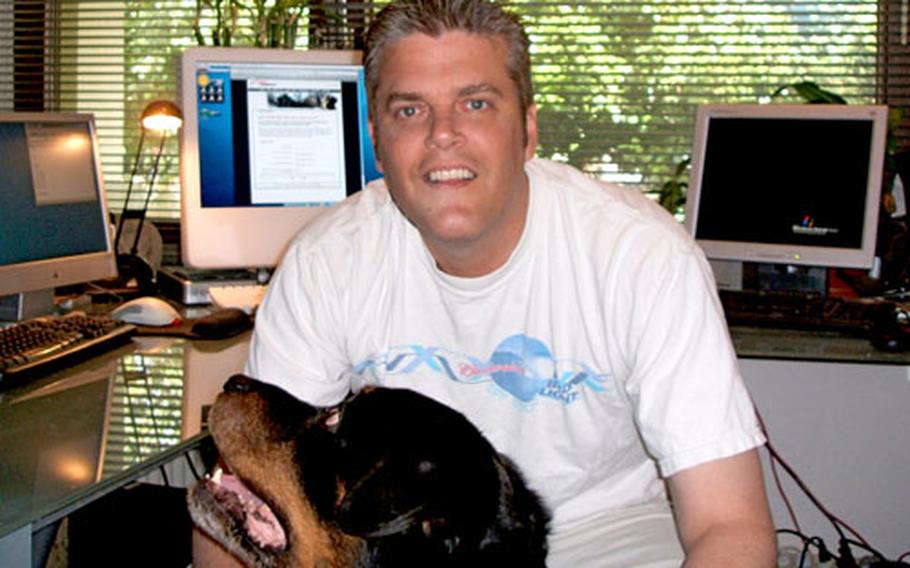 SCHWETZINGEN, Germany &#8212; Some Americans living in Germany might want to find themselves behind the wheel of a large automobile, or in a beautiful house with a beautiful date.

How do they get there?

The house listing is currently centered only on the greater Heidelberg area, where Gregory works as a Web administrator through General Dynamics for the Information Technical Support Activity.

However, Gregory recently went into partnership with a local paper and is planning to list more houses for troops throughout Germany, he said.

And though the online dating service is called Single Soldiers, hundreds of singles across Germany are signed up, including American civilians living in Germany and single Germans who would like to meet Americans.

Gregory, 39, who is from Cape Cod, Mass., has been living in Germany only for three years. In this time, though, he has gained enough German-living knowledge to be able to help others.

The Web site &#8220;was really created out of frustration,&#8221; said Gregory, who blames a pointless house hunting experience that left him and his two dogs homeless for quite sometime.

&#8220;There are plenty of auto and real estate listings out there, but they are spread out and hard to find. Newspaper ads are good, but pictures speak for themselves and save both the buyer and seller time.&#8221;

Portal Germany not only helps sellers and buyers, but also guides newcomers through the U.S. Army Europe vehicle registration process, alerts consumers to Internet scams, and even offers pointers on cool places to travel. This, along with continuously updated newcomer tips, is what helps make a smooth transition to life in Germany.

&#8220;It&#8217;s difficult to come here and not understand the culture or language,&#8221; said Gregory, who is no stranger to living outside the United States. As a U.S. Navy Korean linguist, he spent a good part of his seven years of service away from home.

Now, in the place that he currently calls home, he&#8217;s hoping to get newcomers to fall in love with Germany the same way he did, by getting the little things out of the way.

He calls this just helping out, but his friend and co-workers call it an obsession.

&#8220;This is not at all associated with what he does at work, but I think sometimes he can go home and spend more time on Portal Germany than all the hours he puts in at work,&#8221; Appleby said.

Gregory admits that most of his nights and weekends are consumed with improving the Web site and thinking of ways to add to the site.

He hopes to get an &#8220;Online PCS Sale&#8221; section, complete with photos, added, where people could sell their household items.

Gregory said he wants &#8220;to help U.S. soldiers and civilians get the basics accomplished while in a foreign land.&#8221;