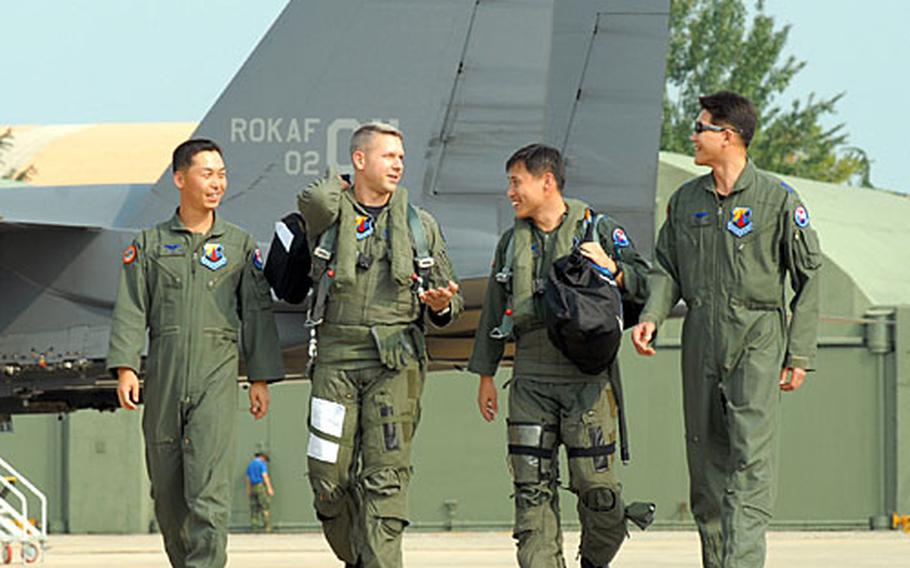 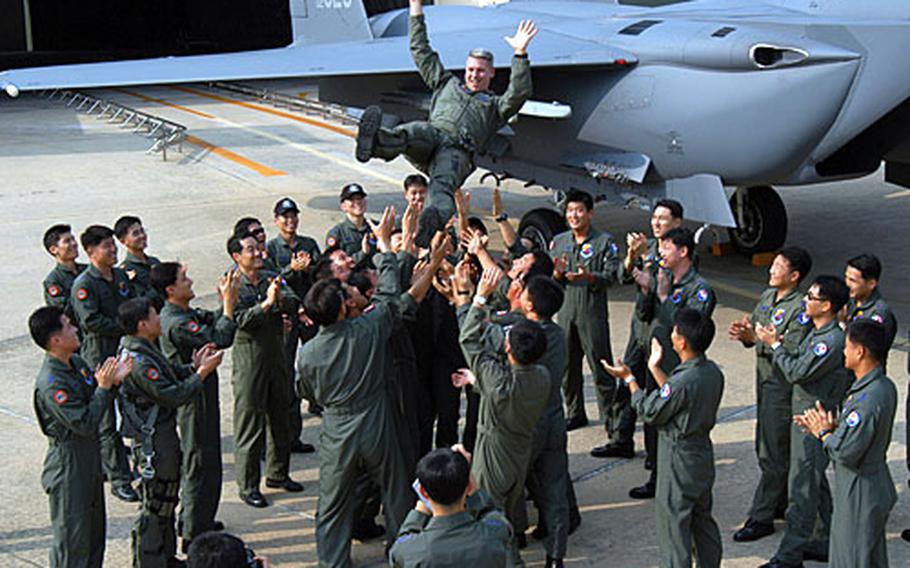 Before returning to the States, Maj. Craig Vincent is thrown into the air by some of the South Korean pilots who he instructed. The nine-month training program, centering around the F-15K, concluded last week. (Courtesy of the South Korean Air Force)

When Maj. Craig Vincent returns to the United States, he will be one of only two American pilots who have flown Boeing&#8217;s newest fighter jet: The F-15K, also the newest jet in South Korea&#8217;s hangars.

Vincent arrived in South Korea in December to train Republic of Korea Air Force pilots to fly the fighters and train their instructors to teach pilots in the future.

South Korean pilots have been flying the F-15K, which is similar to the F-15E model flown by American pilots, for about 18 months. Their other aircraft include F-5s, F-4s and F-16s.

Vincent is the second American F-15 instructor sent to South Korea as an extended training service specialist &#8212; someone who is lent to a foreign country for a set period.

During his nine months in South Korea, he directly or indirectly trained 40 to 45 pilots. He said the F-15K was a &#8220;huge upgrade in capability&#8221; for South Korea because of its versatility.

&#8220;It bridged a gap between the USAF and the ROKAF, and not just in their capabilities in what they can do to help in assisting the defense of their country,&#8221; he said. &#8220;They can now communicate on common ground with U.S. forces. It&#8217;s really going to be a huge improvement for joint operations in Korea.&#8221;

Vincent returned late last week to the United States, where he will be stationed at Maxwell Air Force Base, Ala. He logged more than 205 hours in the F-15K, &#8220;which is pretty aggressive for about nine months of flying,&#8221; he said.

The biggest difference between the F-15Es and the F-15Ks?