American Legion leaders to visit with troops, veterans in Germany and Belgium 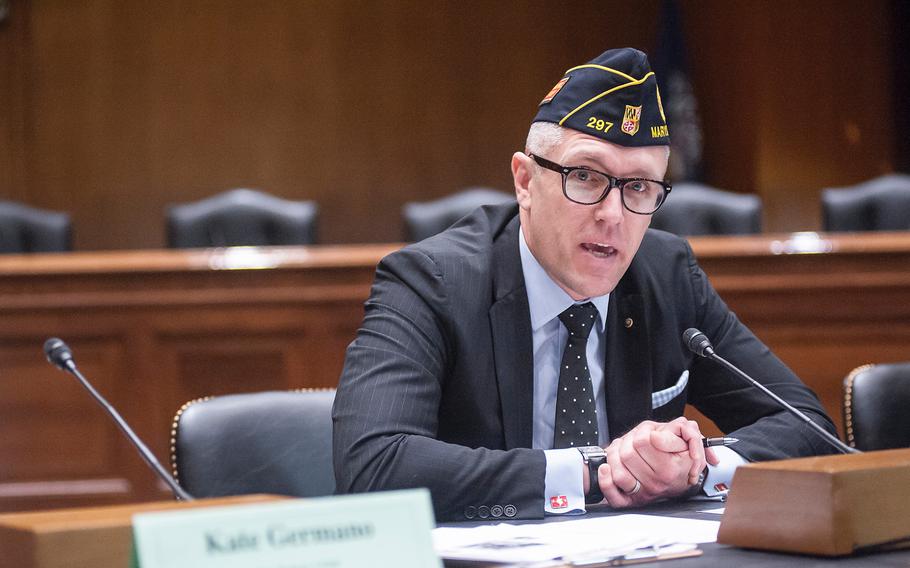 KAISERSLAUTERN, Germany — Leaders of the largest veterans service organization in the United States will lead a series of overseas town halls to offer information about transitioning from the military and accessing benefits while living abroad.

The meetings begin next week and will be held at bases in Germany and Belgium.

Troops, veterans and their families are invited to attend, said Joe Plenzler, a legion spokesman.

The topics to be discussed include “everything from home loans to the GI Bill to health care access to how to get your disability rating,” Plenzer said.

He said Schmidt has been surprised in his dealings with veterans at how little they know “about the benefits that they rate from the VA and from the federal government” and so wants to reach out to some of the larger military communities overseas.

Schmidt has been the American Legion national commander since September, a volunteer position that lasts for one year.

He enlisted in the U.S. Air Force in 1965 and served on active duty until his retirement in 1993, according to his Legion biography.

The first town hall is Tuesday in Wiesbaden. It’s scheduled from 9 a.m. to 12 p.m. at the Tony Bass Auditorium, Building 1043, at Lucius D. Clay Kaserne.

The remaining town halls will be held from 9 a.m. to noon at the following locations and dates: