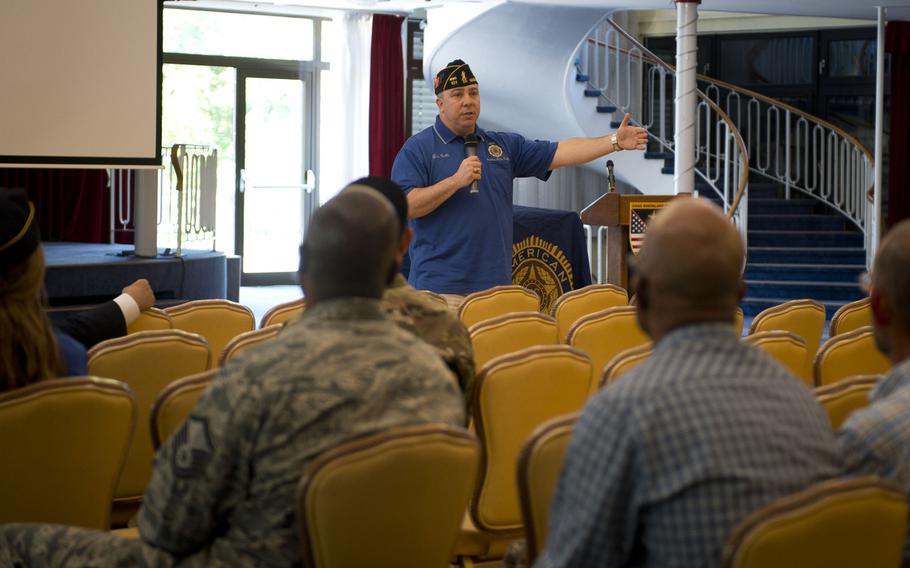 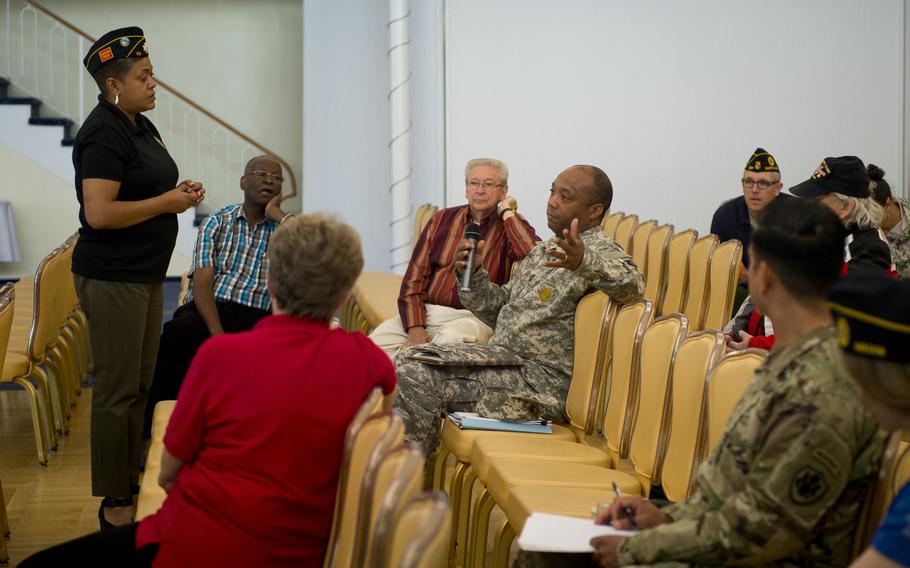 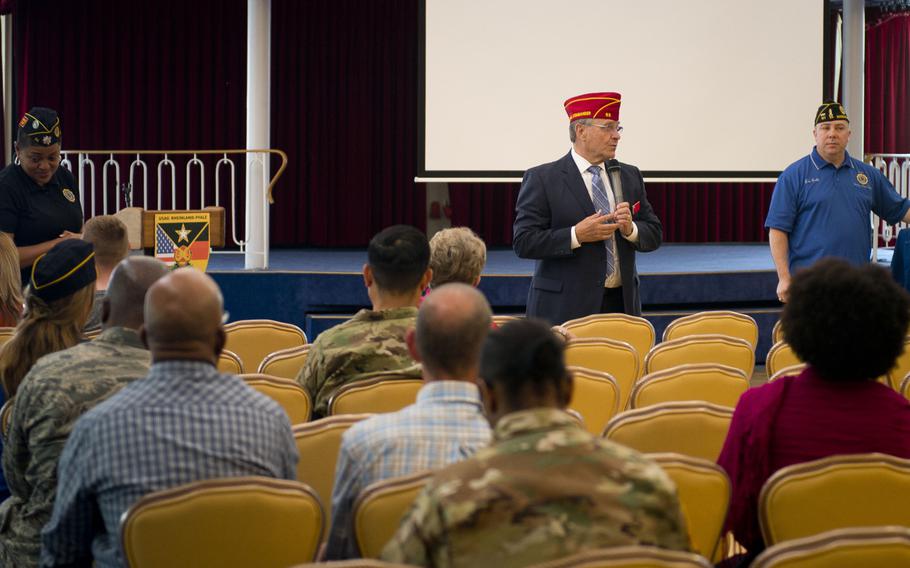 KAISERSLAUTERN, Germany — Latoya Orr found an advocate at the American Legion town hall Wednesday morning, one of several being led by the Legion’s national leaders this week and next in Germany and Belgium to provide information about transitioning from the military and accessing benefits while living abroad.

Orr told of how back in 2003, when she was still on active duty, a Veterans Affairs doctor diagnosed her with Bell's palsy on the left side of her body. But during the claims process for disability compensation, the VA incorrectly documented the paralysis on her right side, she said. Orr, being honest, told the VA the disability was on the left side, so the claim was denied, she said.

“They diagnosed me ... and then denied the claim,” she said. “That’s what I find so ironic.”

Verna Jones, the Legion’s executive director, said stories like Orr’s are not uncommon. “We hear that a lot.”

Orr said after the town hall, she plans to join the Legion — the largest veterans service organization in the U.S. — and let them fight her case for her.

But it could be a yearslong struggle. The Legion has about 3,200 service officers authorized to advocate on behalf of veterans and their families, Legion officials said. But it can take four years or longer for the VA to resolve disability claim appeals, they said.

“In many cases, veterans are waiting longer for an appeal to be processed than they’ve spent in uniform,” said Louis J. Celli Jr., the Legion’s National Veterans Affairs and Rehabilitation Division director.

Legion leaders are visiting with troops and veterans in Europe to let them know “they’re not alone in this,” Jones said. “It can be a frustrating process” dealing with the VA and other issues after leaving the military.

“I guarantee you, once you walk out the gate for the last time, life is different,” said Charles Schmidt, national commander of the 2.2 million-member American Legion.

That uncertainty can be compounded by living overseas.

Military personnel nearing retirement and wanting to remain in Germany are finding it difficult to find employment on base because of the lingering effects of President Donald Trump’s federal hiring freeze, Celli said. The three-month moratorium on most new federal hires ended last month, but many agencies have been slow to fill vacancies, he said.

“There is still an ongoing effort by the administration to try and downsize the federal government,” and base agencies overseas are “falling under the same scrutiny and intense oversight as stateside agencies,” he said. Servicemembers seeking to transition to civilian jobs overseas are “getting caught up in a bit of a different quandary” since they need logistical and SOFA support to stay abroad.

Health care is another challenge for veterans overseas, Legion officials were told. In Germany, many medical facilities now require Americans to pay upfront because of delays in getting reimbursed by the U.S. government, Legion spokesman Joe Plenzler said.

“What happens if you need critical care or have a heart attack?” he said. “That’s a lot of money up front ... and then trying to fight that on the backside and get your money from the VA.”

One measure the Legion opposes, Celli said, is a provision in Trump’s proposed fiscal 2018 budget to eliminate higher disability payments to veterans once they become eligible for Social Security at age 62. Veterans currently enrolled in the Individual Unemployability program, which is available to those who cannot work and receive the maximum disability compensation from VA, would see benefits cut by nearly two-thirds in some instances, Legion officials said.