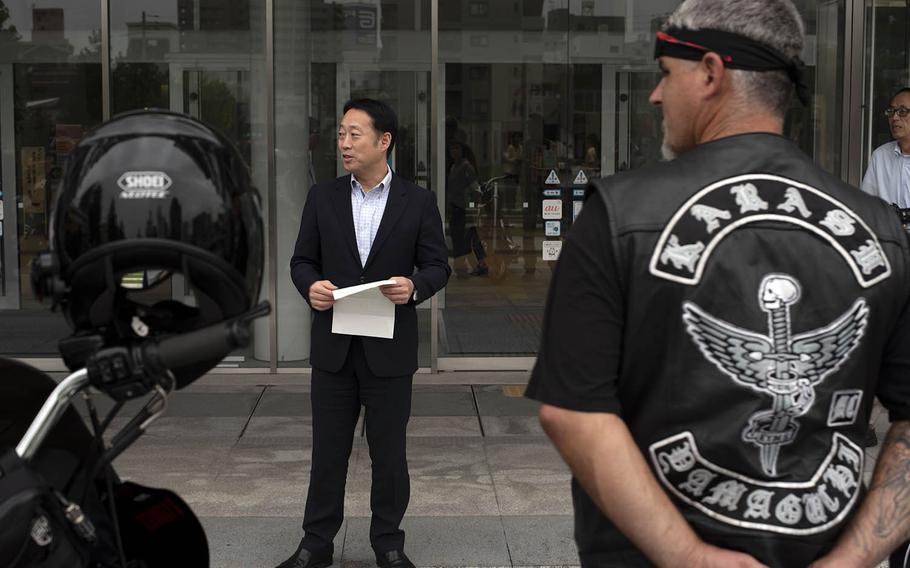 MARINE CORPS AIR STATION IWAKUNI, Japan — American and Japanese bikers recently delivered $2,500 to the mayor of Iwakuni to support the victims of deadly flooding and landslides over the summer.

Inferno Crew, a motorcycle club from Yamaguchi prefecture, brought more than 100 riders to the event. Other groups that participated included the Bugz Motorcycle Club of Hiroshima and the Kurasu Moto Cycle Club, which includes a mix of Americans and Japanese who live and work at MCAS Iwakuni.

“People see bikers and often think of us as hooligans,” said Messner, who rides with Kurasu. “This is a chance for us to give back to the community and show people that we are not all crazy.”

Iwakuni local government officials reported two deaths and one minor injury from July’s flooding, which caused mudslides and road closures in the area. Six homes in the city were destroyed and hundreds were damaged by water.