American Indians share their culture at Camp McGovern in Bosnia 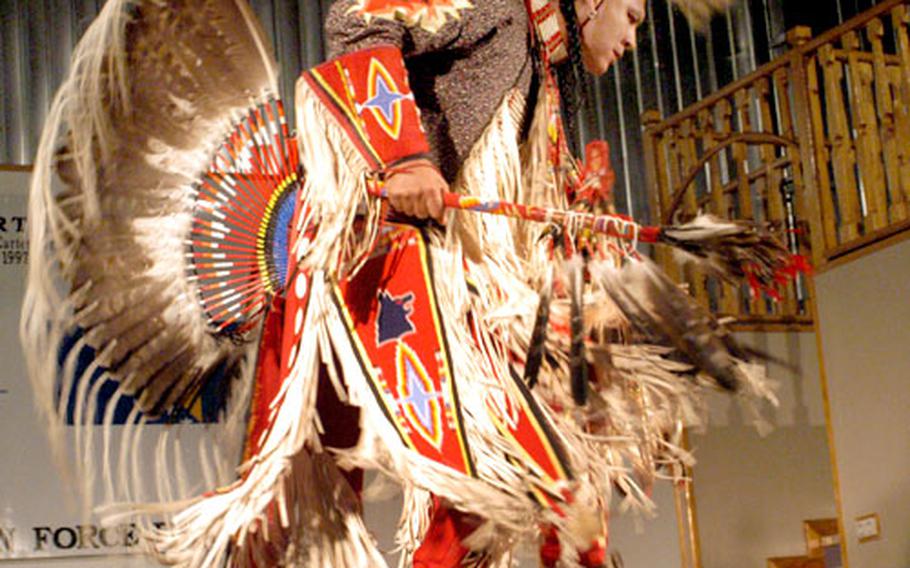 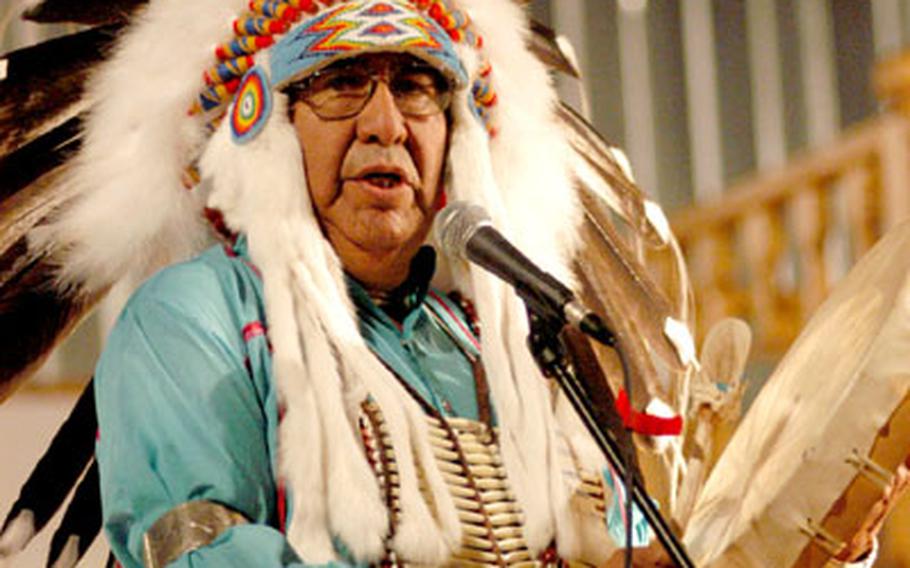 Seven American Indians visiting U.S. bases in Bosnia and Herzegovina could not show all the different clothing and demonstrate all the various dances used at traditional powwows, but the group did present a number of them and an insight into Indian culture during an hourlong show.

&#8220;We try to do things that are simple enough, with simple stories behind so everyone can understand,&#8221; said Robert Murray Jr., an American Indian from Oklahoma City.

He wore colorful regalia during the last dance of the evening, with red and white colors blending as he twirled and played a pipelike instrument.

The performers are members of several tribes, from Kiowa and Crow to Cheyenne and Pawnee. Ralph Zotigh, the Full Circle Regalia Dance Company leader, is a Kiowa tribe member who lives in Albuquerque, N.M.

Playing a drum and singing American Indian songs, he led each performer through the dances and told stories behind the dances.

That is how Spc. Greta Weiss of the 434th Forward Logistic Element learned there are more than 500 distinct tribes whose members speak some 265 dialects in the United States.

Zotigh dispelled the misconception portrayed in the movies that American Indians believe in numerous gods and worshipped animals.

&#8220;One thing we [American Indians] have in common is respect for animals that sustain us, love for Mother Nature and our spirit, not worshipping, but paying respect,&#8221; he said.

The dancers, sponsored by the Armed Forces Entertainment and Morale, Welfare and Recreation, came because they wanted to show their culture, Murray said.

This is his second year to tour the bases and the third in a row for Zotigh.

The dance company performed for troops in Germany, Austria, Iceland, Kosovo and Macedonia before coming to McGovern on Wednesday, and Eagle Base on Thursday. They will visit Camp Connor and Hilltop 1326 on Friday and Camp Butmir near Sarajevo on Saturday before heading home.

The troupe finished with several soldiers dancing in American Indian style. Weiss won a CD after being voted the best dancer by fellow soldiers.