Amendments put focus on concerns over US intelligence-gathering in UK 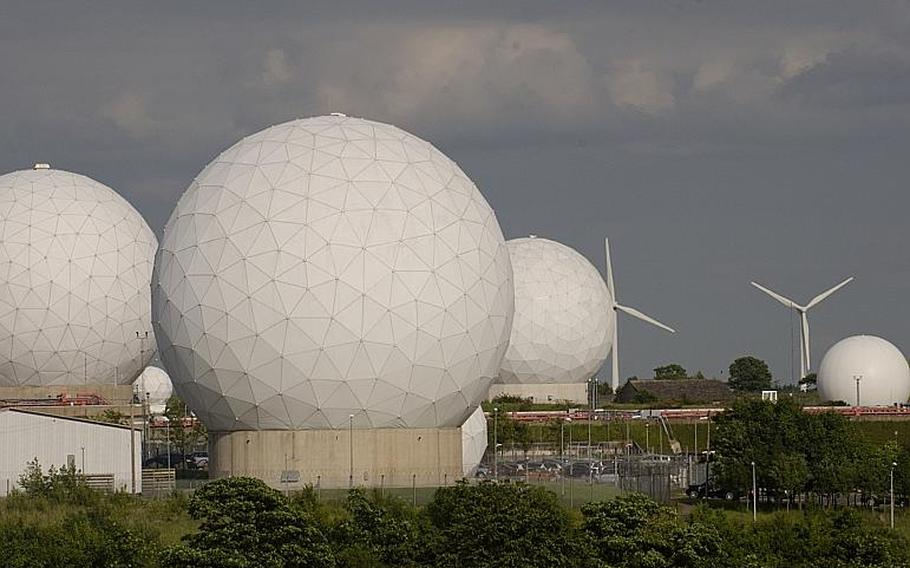 Concerns about U.S. intelligence-gathering at RAF Menwith Hill, England, prompted some in the House of Lords to call for more oversight of visiting forces in the U.K. (Stars and Stripes)

LONDON — British legislators seeking greater oversight of U.S. bases in England withdrew on Wednesday their amendments to the Defence Reform Bill in the face of government opposition.

The amendments’ supporters said they might press the issue again when the bill enters the review stage in the House of Lords, but seemed satisfied that the initial debate drew attention to the issues of U.S. drone operations and intelligence-gathering.

The amendments would have created scrutiny groups to oversee visiting forces in the United Kingdom. The groups would report to Parliament about various issues, including those regarding possible restrictions on foreign forces in the U.K.

The amendments would also have required the interception of communications commissioner to make reports about visiting forces’ use of U.K. premises and property.

Though Lord Robin Hodgson, the mover of the amendments, withdrew the proposals after the government expressed its opposition, he said he was not satisfied by their arguments. He said the government had failed to address the country’s possible collaboration in U.S. drone strikes conducted in anticipated self-defense.

Supporters of the amendments also expressed concern about U.S. intelligence operations in the U.K. Baroness Susan Miller of Chilthorne Domer cited a 2004 committee that called for an investigation into RAF Menwith Hill, a National Security Agency base, but no inquiry was conducted.

“There is a long history of Parliament being left in ignorance on this issue,” Miller said. “I do not know the reason for that. Was it because secretaries of state did not know what was going on there or chose not to let Parliament know?”

The amendments were opposed by the Parliamentary Under-Secretary of State for the Ministry of Defence, who described them as “onerous and unnecessary.” Visiting forces, he said, are not beyond the reach of U.K. law.

Addressing Menwith Hill specifically, he said operations at the base are conducted with “the knowledge and consent” of the government.

“Oversight and accountability of RAF Menwith Hill must continue to remain the responsibility of the Intelligence and Security Committee, and the formation of a separate scrutiny group is not required,” said Lord John Astor of Hever.

Astor denied that U.S. bases in the country were operating drones.

Baroness Vivien Stern, another backer of the amendments, said after the committee meeting that legislative moves like these were “to get more publicity inside Parliament and outside” about the issues.

The bill is still in the committee stage and will be considered again on Tuesday.