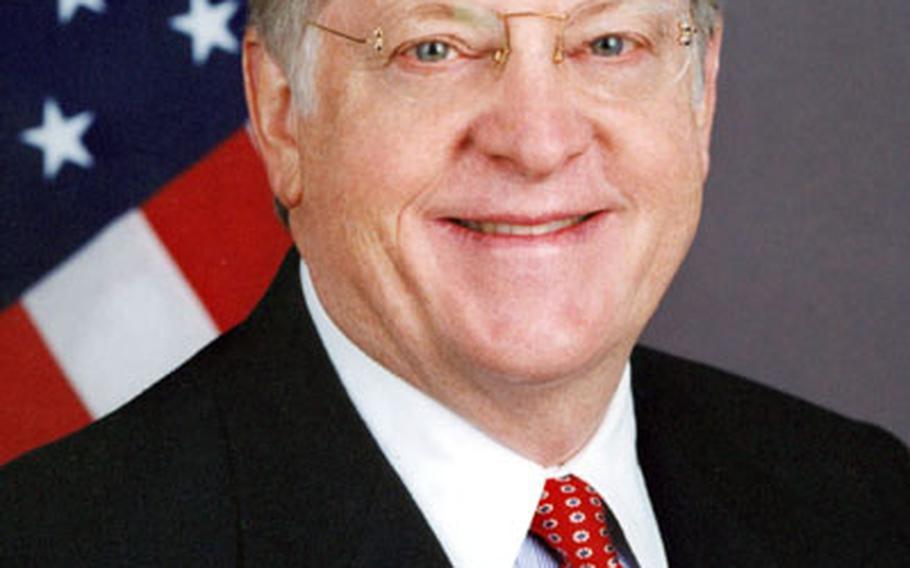 TOKYO &#8212; U.S. Ambassador J. Thomas Schieffer said Japanese who contend they bear a heavy burden by hosting U.S. troops have a right to object but the presence is a small price to pay for the security and economic success it has afforded the country.

&#8220;During the last 60 years Japan has been at peace. The world has been spared another world war. A large part of the reason for that success is the presence of American troops here in Japan,&#8221; he said.

Schieffer spoke Wednesday to foreign journalists in Tokyo about the role U.S. forces serving in Japan have played in enabling both countries to flourish. He reiterated that those forces will continue to play a major role in preserving peace and economic stability.

&#8220;It is important to remember just how much our alliance has contributed to the well-being of our countries,&#8221; the ambassador said.

His comments came during his first news conference with foreign journalists since President Bush&#8217;s November visit to Japan and the announcement in late October of a plan to realign U.S. forces in Japan. The ambassador said he recognized the frustration of many communities opposed to the stationing of U.S. personnel in Japan but affirmed why it is necessary.

&#8220;But the fact that American forces have been here gave Japan the opportunity it needed to build the second-largest economy in the world,&#8221; he said.

Schieffer touched upon some of the major points of the transformation agreement, details of which are being negotiated.

Under the plan &#8212; designed to ease the burden of supporting U.S troops in some areas &#8212; the U.S. military would close Marine Corps Air Station Futenma and relocate to Guam about 40 percent of the Marines on Okinawa; the Navy would move part of the Kitty Hawk&#8217;s air wing to Iwakuni; and both nations would improve military cooperation and information sharing at Yokota Air Base and Camp Zama.

&#8220;We understand and appreciate the arguments they make,&#8221; he said. &#8220;At the same time we respectfully ask the Japanese people to understand: Americans have borne a heavy burden throughout the life of our alliance.&#8221;

He noted that comparatively, defense spending consumes 3.7 percent of the United States&#8217; gross domestic product and less than one percent of Japan&#8217;s.

The U.S. government has increased defense spending by almost 50 percent in the past four years, while Japan&#8217;s spending in real dollars has declined, he added.

&#8220;I raise this point to answer those who infer that Japan is the only partner in the alliance that is bearing the burden for our mutual security,&#8221; the ambassador said.

Overall, Schieffer praised the ties and history both countries share, as he reiterated the importance of continuing that trend.

&#8220;For 60 years we have worked at healing the wounds of war. In the process we came to realize that mutual understanding gives us the opportunity to recognize mutual interest,&#8221; he said. &#8220;The United States and Japan have accomplished much in the last 60 years, but the job is not finished.&#8221;