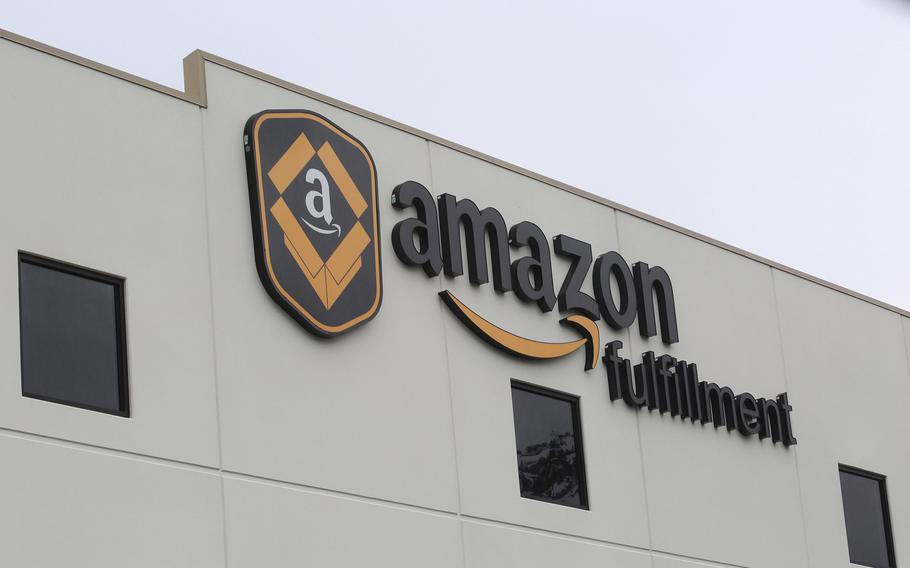 Servicemembers at some locations overseas were unable to place orders at Amazon during the latter part of last week, but the problem appears to be mostly resolved. (Ellen M. Banner/Seattle Times via TNS)

SEOUL, South Korea — U.S. servicemembers can again place orders with Amazon after the online retailer’s website blocked some shoppers from completing their purchases for several days.

With the holidays fast approaching, soldiers and others who use the military postal system in South Korea were shocked to find themselves unable to order from Amazon.com.

The problem was limited to certain zip codes and appeared to mainly affect South Korea, although problems also were reported in Italy.

Servicemembers quickly formed a Facebook group to share information and coordinate their response. Many reached out to Amazon’s customer service department only to be told repeatedly about the company’s shipping policy and restricted items.

But the online retailer was listening, and the problem was fixed for most on Sunday.

Amazon said the problem happened while it was trying to increase coverage for military and State Department customers by adding a number of zip codes.

“Unfortunately, in processing the change, we inadvertently removed a number of zip codes temporarily – the opposite of what was intended,” the company’s Kelly Cheeseman told Stars and Stripes in an email. “The issue is now resolved.”

Air Force Tech Sgt. Brandon Peterson, who is stationed at Yongsan Garrison in Seoul, said he first encountered the problem on Thursday.

“We finished watching all the election drama and then thought let’s just get our first big order of Christmas stuff done,” he said, expressing relief after he was finally able to place an order Sunday.

Troops, civilian employees and others based overseas depend heavily on Amazon.com orders and other online services that use the military postal system, which allows them to receive and send packages via the U.S. Postal Service.

A person at Amazon who was familiar with the issue said the problem was limited and was fixed by updating the APO, FPO and DPO zip codes that had been affected.

The reason some could create a shipment and others couldn’t depended on the location of the servers used for the requests, the person said on condition of anonymity. Once the updates are registered throughout the system, everyone should be able to use the system as usual.

Those still having problems should try emptying their cart and closing the browser. Then open a new browser window and create a new order. Or send a help request via “contact us” on Amazon’s website.