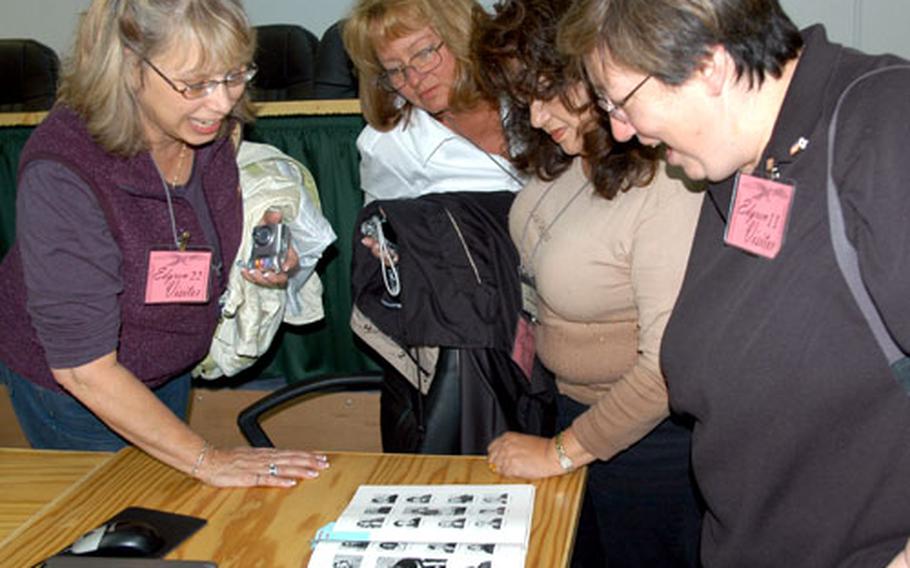 MISAWA AIR BASE, Japan &#8212; For a fleeting moment, everything seemed as it once was to Sharon Mehaffey Laubenstein and her former classmates as they drove through the main gate and saw the Misawa Air Base sign.

That familiarity quickly faded when the group glimpsed the base exchange shopping center and vast parking lot.

Laubenstein and 12 Misawa alumni visited their old stomping grounds Monday, putting the present on hold to take a stroll down memory lane &#8212; or, at least, what was left of it.

All graduated between 1969 and 1974, when Edgren High School was called Misawa High School, the classrooms and senior lounge were in Quonset huts and the mascot was &#8220;The Mighty Missile.&#8221;

Monday night the group had plans to see a movie at Richard Bong Theater, one of the few buildings they remembered.

Most of the former students were military brats, passing through Misawa for only a few years, but the place still has a strong pull on them more than 30 years later.

Growing up at bases around the globe left them without deep childhood roots. But most said they have few regrets, and through hindsight, realize how lucky they were to pass through Misawa.

Along came e-mail and Google.

Laubenstein got the ball rolling in the mid-1990s. She started with a database from an overseas military brat organization that in 1996 had 250 names.

Laubenstein eventually created a Misawa Edgren Web site, which now holds a database of more than 4,000 names of alumni from the 1950s through the current decade.

The group held its first reunion in 1998 in Las Vegas, and has held one every other year since then. This was the first meeting in Misawa.

For Laubenstein, it was her first trip back to Misawa since leaving May 20, 1972, with her first husband, an airman she met at Misawa.

Technology has made it much easier for military brats to stay in touch or reconnect with old friends. Students who graduated from Edgren High School &#8212; or Misawa High School, as it was formerly called &#8212; can track down alumni through the Web site http://misawa-edgren.com.

Class of &#8217;71 graduate Sharon Mehaffey Laubenstein created the site, which now includes a database of more than 4,000 alumni names. Alumni also can check out reunion photos or the lyrics to school songs or post a message.