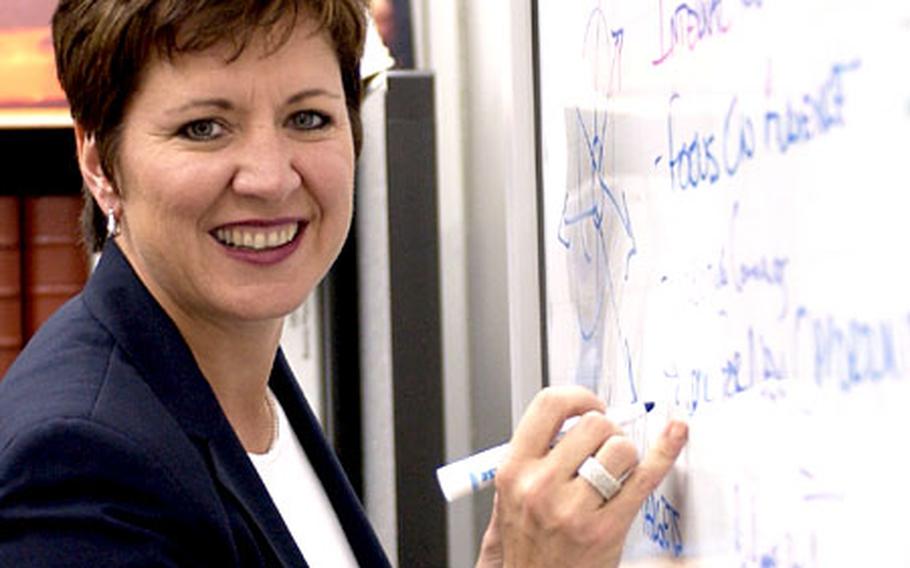 Allison Barber has been named deputy assistant secretary of defense for internal communications in the Office of the Assistant Secretary of Defense for Public Affairs.

In her role, Barber will oversee communications with the Department of Defense&#8217;s &#8220;first audience &#8230; the men and women in our military, our civilians and the Guard and Reserve&#8221; components, she said.

Stars and Stripes and the American Forces Radio and Television Service are two of several entities within Barber&#8217;s organization.

Barber was chosen to be special assistant to the assistant secretary of defense for public affairs in June 2001.