Alliance with US is key issue as S. Koreans choose new president 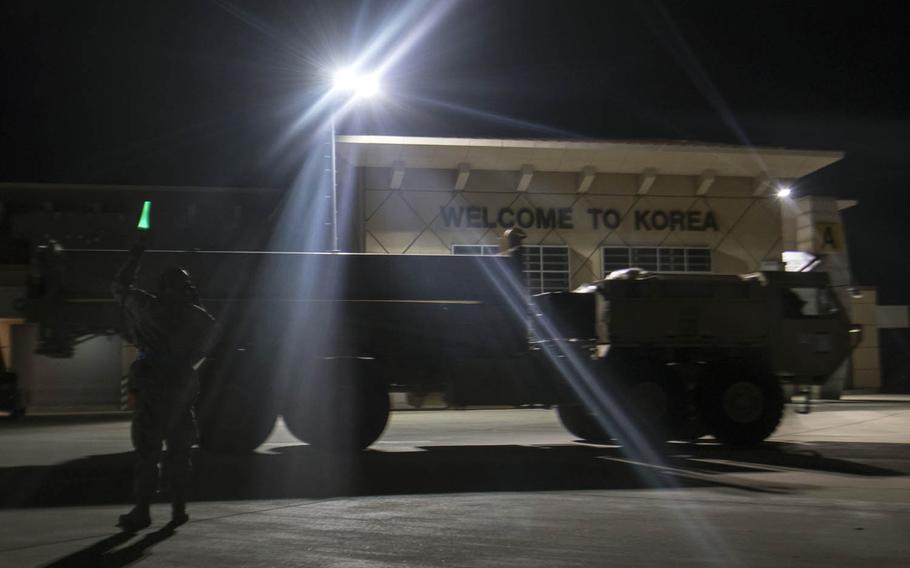 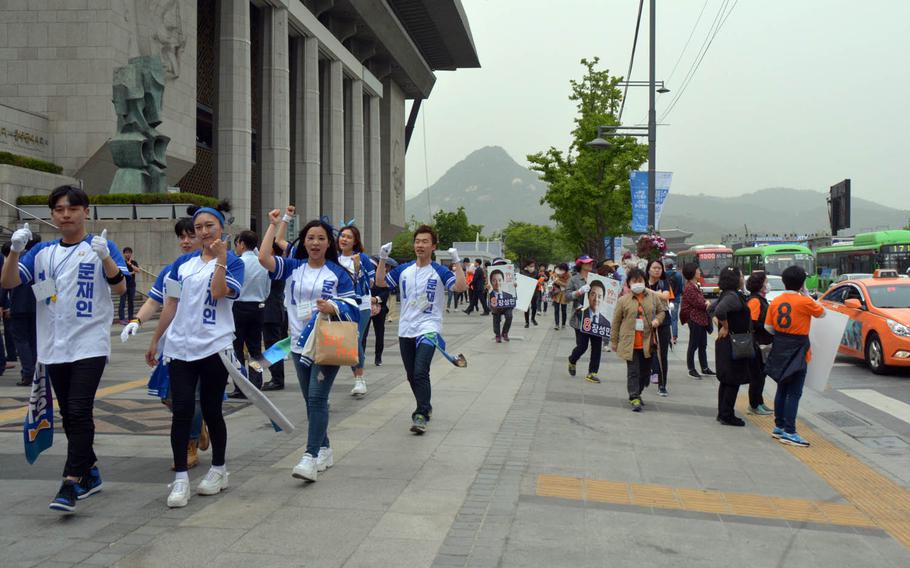 Moon Jae-in insists he firmly supports the alliance defending the front lines against North Korea, but he favors a softer approach in dealing with Pyongyang.

He also wants to shift the balance of power to Seoul’s side, including reviewing the controversial deployment of an advanced U.S. missile defense system on the divided peninsula.

His views, combined with President Donald Trump’s suggestion that he may try to renegotiate the military cost-sharing burden and a free-trade agreement, set up possible rifts that could redefine the alliance and complicate efforts to rein in North Korea’s nuclear weapons program.

It may come down to personalities. South Korea has suffered from a power vacuum with only an acting president since Trump took office on Jan. 20. Analysts said whoever wins Tuesday’s election should make it a priority to quickly develop a relationship with the new U.S. administration.

“What we really need to do now when the new government comes in is to visit Washington, D.C., as soon as possible,” said Kim Hyun-wook, a professor at the Korea National Diplomatic Academy. “The important thing is personal ties.”

Moon maintained a strong lead, with 42.4 percent support, or more than twice that of the two runners-up, in final polls published Wednesday before a pre-election ban on such surveys took effect.

Anger over the rushed placement of the U.S. Terminal High Altitude Area Defense System, or THAAD, also has given him a boost. Moon has not directly opposed THAAD but has demanded its operation be suspended until after the election.

“The current government must turn over the decision about THAAD’s deployment to the next government and the new government must have it to use as a diplomatic card,” Moon, a former human rights lawyer, said Sunday during a campaign rally in Chungju. “Who is the president who will make us take the lead on our Korean peninsula issues without leaving them to the U.S. and China?”

Tuesday’s election was hastily scheduled after the former conservative president, Park Geun-hye, was ousted and jailed following months of mass protests over a corruption and influence-peddling scandal.

The constitution required a new president to be chosen within 60 days. The winner will be sworn in immediately, forgoing the usual transition period.

A record number of South Koreans already have cast their ballots, with about 11 million people, or 26 percent of the electorate, participating in early voting last week.

“I’m concerned about economic, youth unemployment and security issues, including THAAD and inter-Korean relations,” TV presenter Seo Sujin said after voting on Friday at the central train station in Seoul.

Ahn Cheol-soo, 55, a centrist former physician and software entrepreneur, threatened to pose a major challenge to Moon as he courted the conservative vote by throwing his support behind THAAD and tightening security. However, his poll numbers have fallen after what was widely seen as a poor performance in a series of candidate debates.

Hong Joon-pyo, 62, a provincial governor who is the main conservative candidate, follows the traditional hard-line view toward North Korea, which was long the stance under Park. He has risen in recent polls but it may be too late to turn the tide at the ballot box.

Moon’s North Korea policies, which include favoring a return to talks and re-establishing trade ties, have been likened to the so-called “Sunshine Policy” of past liberal governments. He also wants South Korea to have operational control of the military if war breaks out, something now in the hands of U.S. Forces Korea.

Trump, meanwhile, has signaled he plans to take a harder line toward the North, dispatching warships to the region and vowing to keep “all options” on the table. But he also said recently that his administration will focus on exerting diplomatic and economic pressure against the North and he may even consider holding talks with North Korean leader Kim Jong Un.

Kim Hyun-wook, the analyst, said a Moon administration may have more in common with Trump than anticipated.