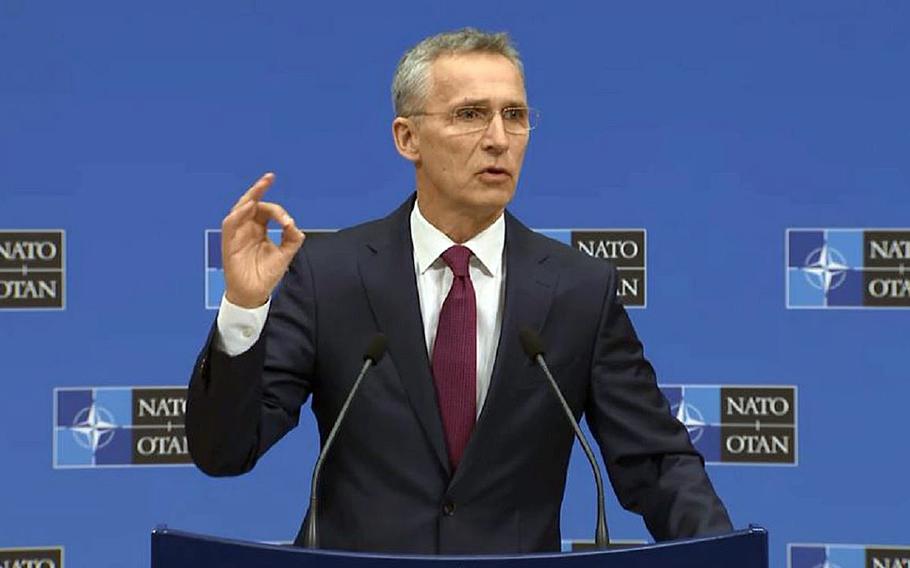 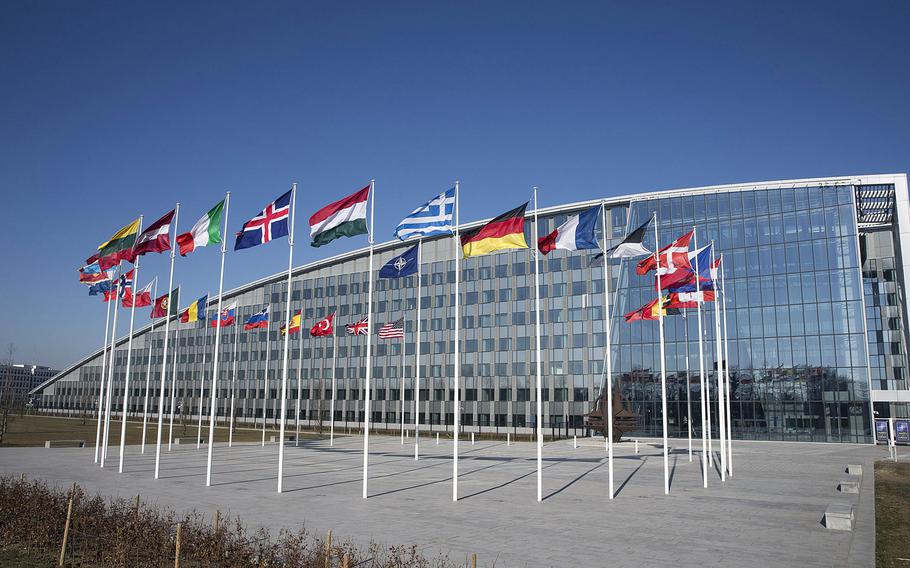 A view of NATO headquarters in Brussels, Belgium. The alliance's secretary general, Jens Stoltenberg, presented his Annual Report for 2018 on Thursday in Brussels. (Courtesy of NATO) 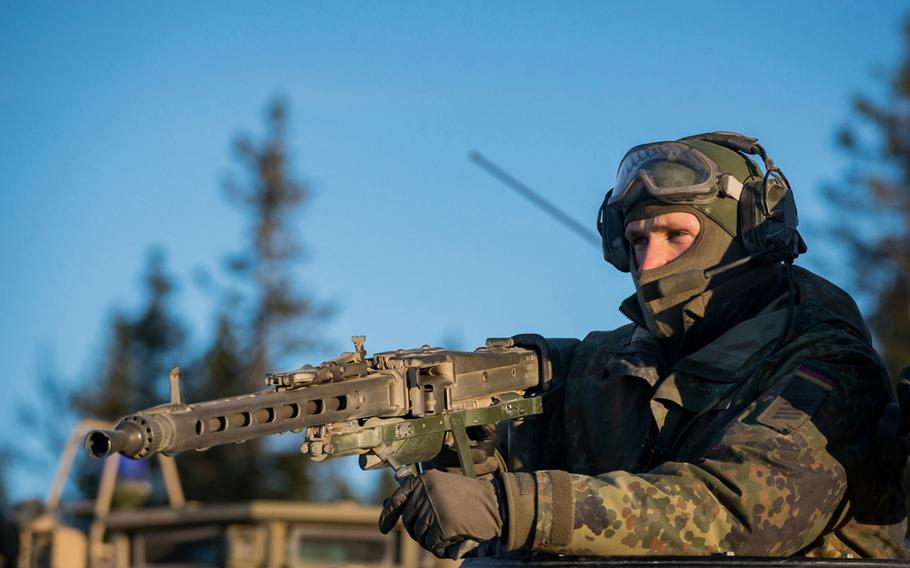 A German corporal with the NATO Readiness Joint Task Force trains with other NATO allies at the Rena training area in Norway during exercise Trident Juncture 18 in November. NATO defense spending rose for the fourth year in a row in 2018, but Germany continues to lag behind and is on track to miss a deadline that calls for significant increases by 2024, according to alliance data released Thursday. ( Allied Joint Force Command )

STUTTGART, Germany — NATO defense spending rose for the fourth year in a row in 2018, but Germany continues to lag behind and is on track to miss an alliance deadline that calls for significant increases by 2024, according to data released Thursday.

“And we expect that figure to rise to 100 billion by the end of next year,” Stoltenberg said during a news conference at his Brussels headquarters.

However, NATO’s 2018 annual report also showed that Germany — Europe’s largest economy — continues to make only small increases, even as the White House pressures its allies over their reliance on U.S. military might.

In 2018, German spending held steady as it spent 1.24 percent of GDP on defense, well short of the alliance 2 percent benchmark. All NATO members have pledged to reach that goal by 2024, but last year Germany said it expects to only spend 1.5 percent by the deadline. Even that lower number could be out of reach based on Berlin’s updated budgetary projections.

The budget cutback comes at a time when Germany faces a military readiness crisis: none of the country’s submarines are currently operational, more than half its fighter planes are unavailable for missions and its tank inventory is low.

Stoltenberg said Berlin needs to do more when it comes to spending.

“Germany has, together with other allies, agreed to the defense investment pledge,” Stoltenberg said. “I expect all allies, including Germany, to make good on those promises.”

For NATO, the issue of defense spending has been all-consuming since the election of President Donald Trump, who views many alliance members as security free riders. And Trump has singled Germany out in particular for criticism.

But European critics have pointed out that much of U.S. spending goes to parts of the world outside Europe — such as the Middle East, Asia and the Pacific — and does not directly benefit NATO. In contrast, almost all of the defense spending of European NATO members contributes directly to the alliance.

Trump’s frustration with the spending imbalance has resulted angry critiques of NATO overall. The president also has reportedly contemplated charging countries the full cost of hosting U.S. forces, plus a 50 percent premium.

When asked about Trump’s “Cost plus 50” idea, Stoltenberg said the concept had not been discussed inside NATO. He also said the presence of U.S. forces benefits both allies and the U.S., which is able to project its power beyond Europe form its bases there.

“It is part of our shared security, of our collective defense,” Stoltenberg said.

Still, Stoltenberg offered praise for Germany, which over the past four years has been boosting expenditures. In 2014, Berlin dedicated just 1.18 percent of GDP to defense.

But when allies meet next month in Washington, where NATO will mark its 70th anniversary, defense spending is likely to be high on the agenda.

“At a time when some are questioning the strength of the transatlantic bond, we are actually doing more together — in more ways and in more places — than ever before,” Stoltenberg said. “Because we live in an unpredictable world, NATO’s unity is more important than ever.”