All the base is a stage for Shakespeare at Misawa 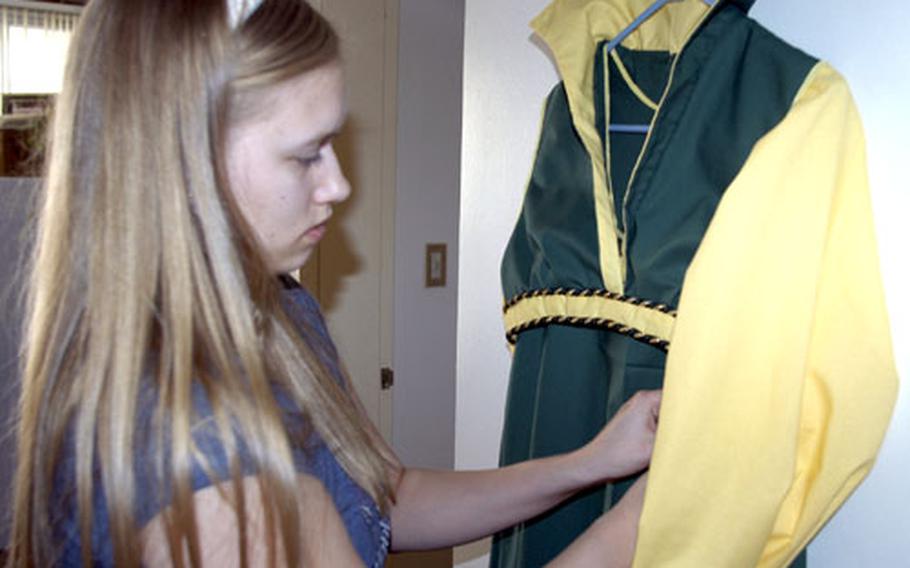 Not only is Bilger, 25, directing the Shakespeare play, she&#8217;s also the show&#8217;s seamstress, in charge of designing and sewing more than 20 Renaissance-era costumes.

A love for the Renaissance period makes the work seem that much easier.

The play opens Friday with additional show nights beginning at 7 p.m. Saturday and Sunday in the Mokuteki Community Center Ballroom. Admission is free.

Bilger, the guild&#8217;s president, decided a Shakesperian love story would be fitting for right after Valentine&#8217;s Day.

There&#8217;s no age requirement on admission, but the play does deal with the theme of death. Actors will be speaking early modern English, a form of the language most adults don&#8217;t even understand, Bilger said.

Juliet&#8217;s costume, a green and yellow floor-length gown with a matching bodice, is almost finished, taking Bilger about a day and a half to complete. Bilger, a stay-at-home mom and wife of Staff Sgt. Joseph Bilger, said she&#8217;s a stickler for details, basing her costumes off of Renaissance patterns she orders from the Internet and altering them to fit the period.