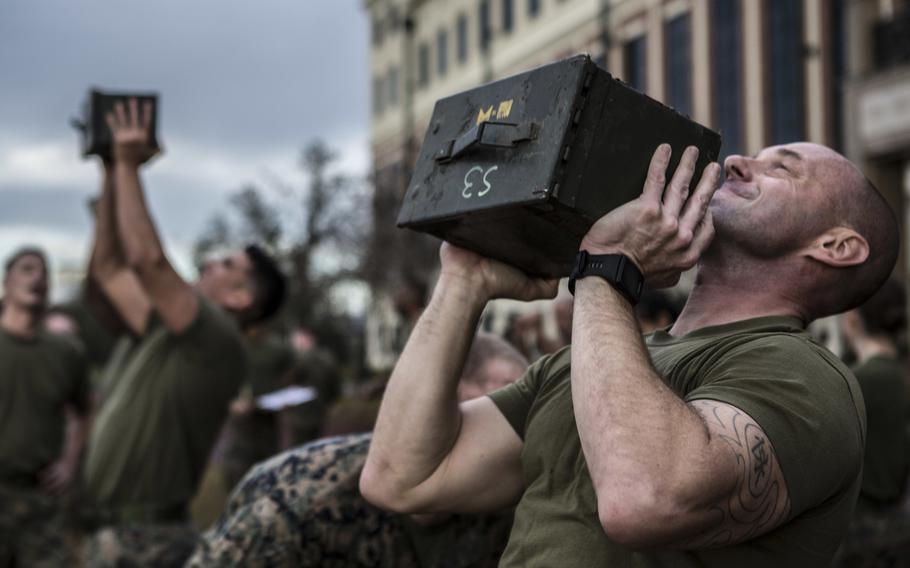 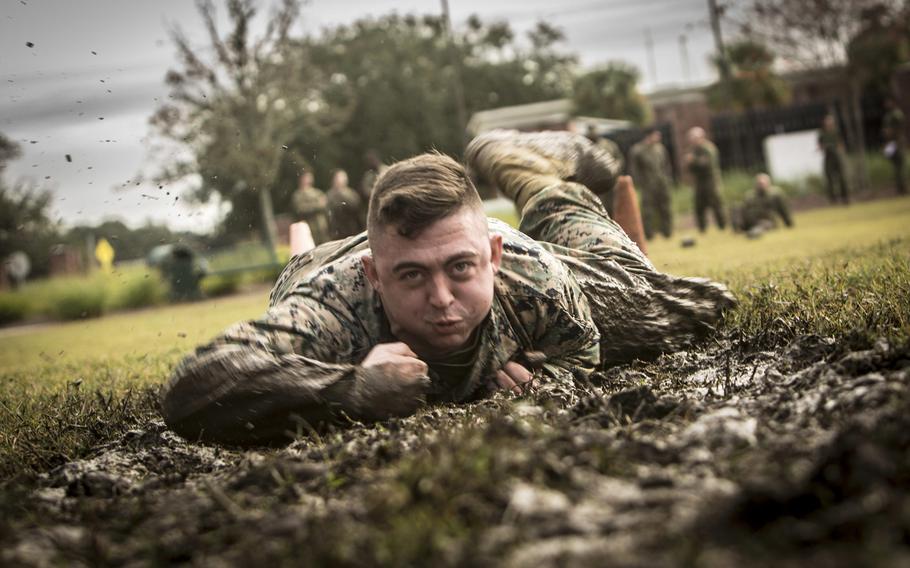 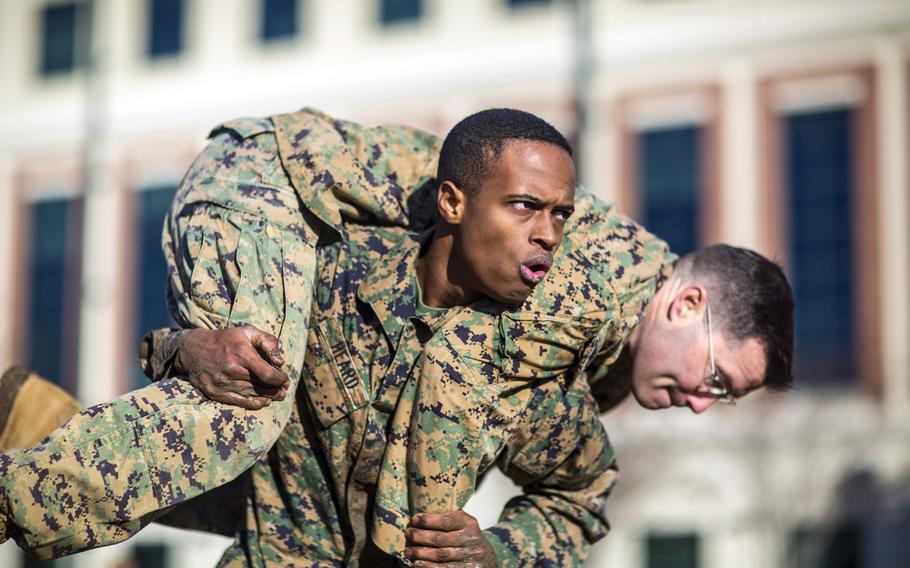 Marines will need to start preparing for more challenging fitness tests after the Corps announced changes to its physical fitness and combat fitness tests beginning this month.

Late last year, a Marine Corps administrative message outlined several major changes to the fitness tests that Marines are required to complete annually and which partly determine their promotions. Some may find the new tests harder to ace, while others may struggle to just pass.

“We’ve increased the standards,” said Col. Stephen Armes, director of the Corps’ Force Fitness Division, in a statement. “Although scores may dip a little, Marines will respond to the challenge to get their numbers back up.”

“This announcement is part of a larger, on-going institutional effort to modernize the force and help Marines become more combat credible in lethality and readiness,” Marine spokeswoman Jessica Hanley said in an email.

Events for the annual PFT are running, crunches and pullups, while events for the CFT are sprinting, lifting ammunition cans and maneuvering through an obstacle course.

Getting a minimum score in each event will no longer be enough to pass either test. Marines aged 17-26 — the vast majority in service — will need to exceed the minimum score in at least one event to get the required 150 minimum points to pass, up from 135.

They also will have to make do with less rest time between events in the CFT. They’ll get three minutes between events instead of five, a change Marine Corps officials say is meant to cut the time it takes to complete the test and make it more challenging.

Female Marines in most age groups will also see increases in the minimum and maximum pullup repetitions needed either to pass or ace the PFT.

For women 21 and older, one, two or three more pullups will be required to meet the new minimums, depending on age, while the number needed to achieve a max score will go up by two for most age brackets.

“The data has been evaluated over the last two years, and females continue to increase in their pull up propensity and average number of pull up repetitions,” the Marine Corps said in a statement.

The biggest increase will be for women aged 26 to 30 who will have to do a total of four pullups to meet the new minimum and 12 to max out.

The service will also be training more force fitness instructors — Marines who specialize in physical training — and sending them around the fleet. They will assist commanders in increasing their unit fitness levels and helping prepare Marines for the PFT and CFT changes.

“Every aspect of our general fitness testing has been re-evaluated and looked at and the ultimate aim is to make it as challenging as possible for Marines, but still test their overall fitness,” Armes said. “It’s going to make the Marines more lethal and ready for combat.”