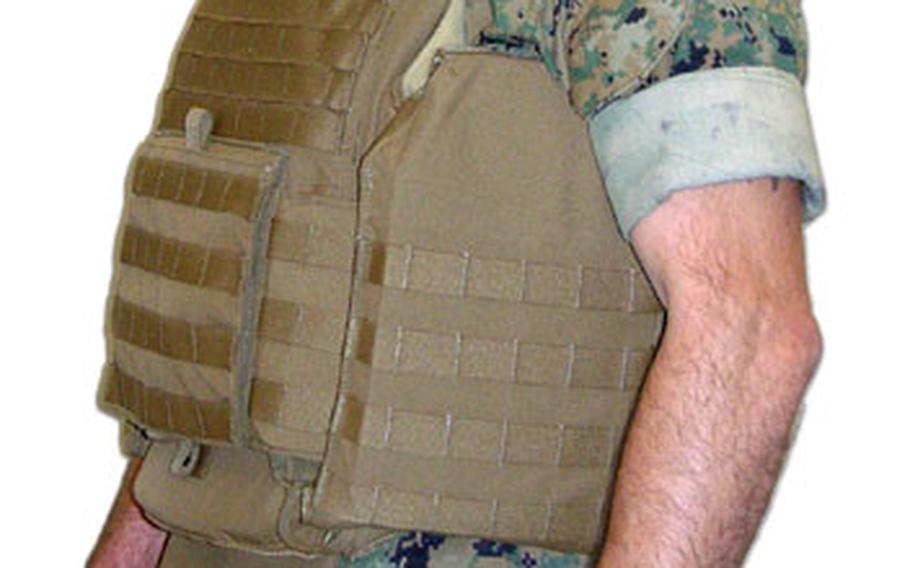 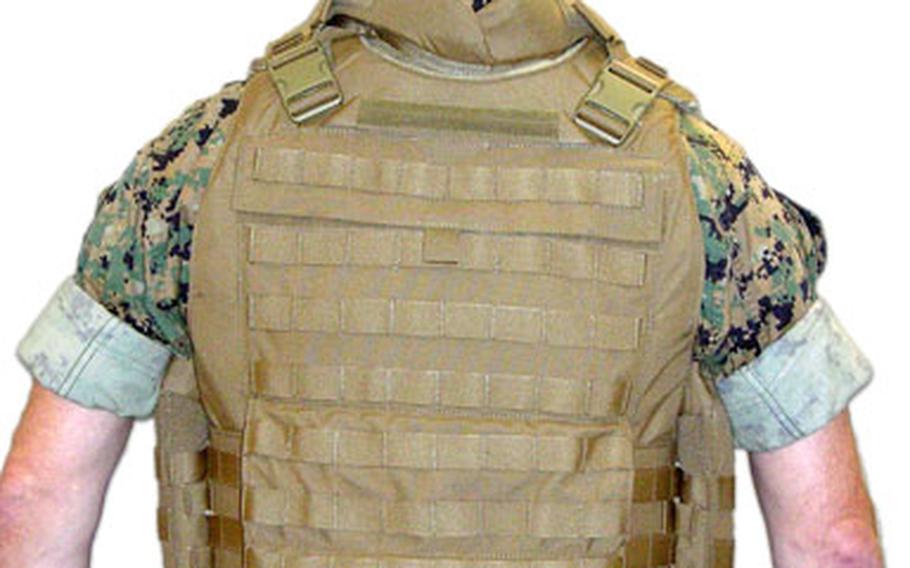 The project manager for the Marine Corps’ new body armor says all Marines downrange will have the Modular Tactical Vests by the end of 2007. (Dedra Jones / Special to S&S)

In September, the Marine Corps awarded a contract for 60,000 MTVs, which Marines downrange are expected to start getting in February.

A medium-sized MTV covers 5 percent more of the body than current body armor, and it is designed to provide better protection for the lower back and kidneys, Gutierrez said.

&#8220;It addresses many shortfalls of the Outer Tactical Vest. As you know, the OTV was not designed for side torso protection,&#8221; he said.

Gutierrez said the MTVs have four ballistic plates: front, back and each side. That compares with the two plates in current body armor, he said.

A May 2005 study by the Armed Forces Institute of Pathology showed that several Marines received fatal wounds to exposed areas of their torso. After identifying shortfalls in current body armor in January, the Corps issued requirements for a new type of body armor in May and issued a contract 123 days later, Gutierrez said.

&#8220;We were able to do this so quickly because it was an immediate need identified by our Marines in Iraq,&#8221; he said.

Gutierrez could not say by how much the MTVs are expected to reduce wounds and fatalities, but said other improvements include:

A quick release system that makes them easier to take off in emergencies.A new system to close the vests so they don&#8217;t flap open.Places to put equipment, replacing the load-bearing vest.Channels inside the vests where radio wires can be worn to avoid snags.While the vests weigh about 0.8 pounds more than current body armor, they are designed with a &#8220;cummerbund&#8221; waist belt to take weight off Marines&#8217; shoulders, Gutierrez said. &#8220;This is not going to be the final solution. &#8230; It&#8217;s an evolutionary process,&#8221; he said, adding that the Corps expects to begin issuing the next generation of body armor in fiscal 2009, he said.