All-American Rejects to perform at Atsugi 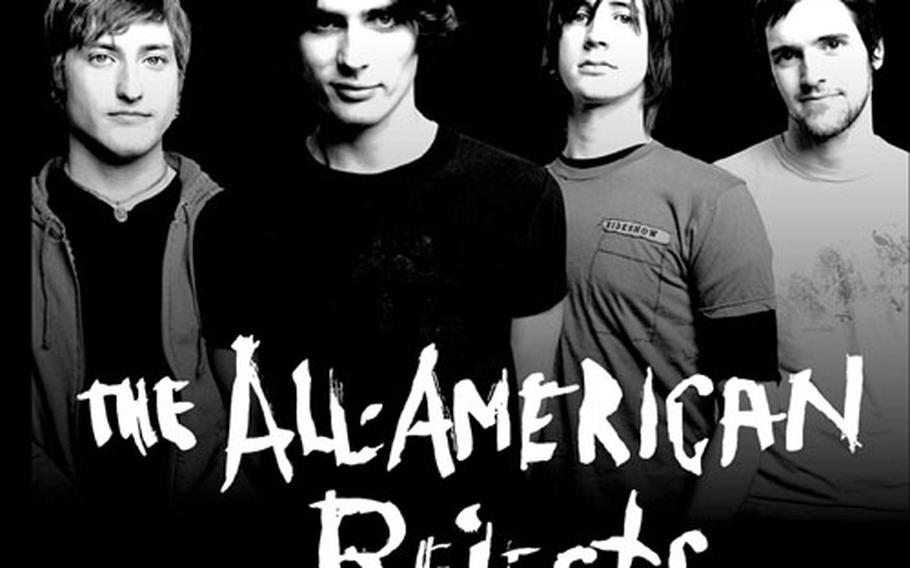 Fresh from their New Year&#8217;s Eve appearance on MTV, and days before launching a tour in Japan, The All-American Rejects will perform guitar-driven pop Saturday at Naval Air Facility Atsugi near Tokyo.

The Rejects, a foursome from Stillwater, Okla., are scheduled to play gigs in Tokyo, Osaka and Nagoya this month. Servicemembers and their families and friends can check out the group at Atsugi on Saturday for $20. In Shibuya a few days later, tickets are 5,500 yen &#8212; about $48.

Atsugi&#8217;s Morale, Welfare and Recreation department scored the up-and-coming group through a promoter it has worked with in the past, said MWR Entertainment Coordinator Paul Perry.

It started with a call from promoter Rick Johnson at Mega Concert Attractions.

They sure did. MWR is paying much of the cost of the show, with the rest made up by ticket sales.

The show is open to all ages and all ranks. Children younger than 5 get in free.

Perry said the contract doesn&#8217;t stipulate an opening band, but the promoter has brought along opening acts in the past.

The folk-rock twin sister duo Tegan and Sara will be the opening act during the Rejects&#8217; Japan tour.

Like many acts, The All-American Rejects have a few interesting requests in their contract. Even for a gig on a Navy base in Japan, they asked that their dressing room be stocked with grapes, Honey Graham crackers, jars of peanut butter, cereal and skim milk, Dr Pepper and champagne.

The show is a treat for base residents, but it could be a good time for the Rejects as well.

Perry said he&#8217;ll try to get them out to see some of the base highlights, including, he hopes, the fighter jets of Carrier Air Wing 5.

They group arrives at Atsugi on Friday.

The concert is a boon for the small base &#8212; the only one in Japan to score a performance by the Rejects, Perry said.

The All-American Rejects will be at Naval Air Facility Atsugi&#8217;s Club Trilogy (Enlisted Club) Saturday at 7 p.m. Tickets, at $20, are on sale at the club and the Corner Pocket cash cage