All about location at geography bee 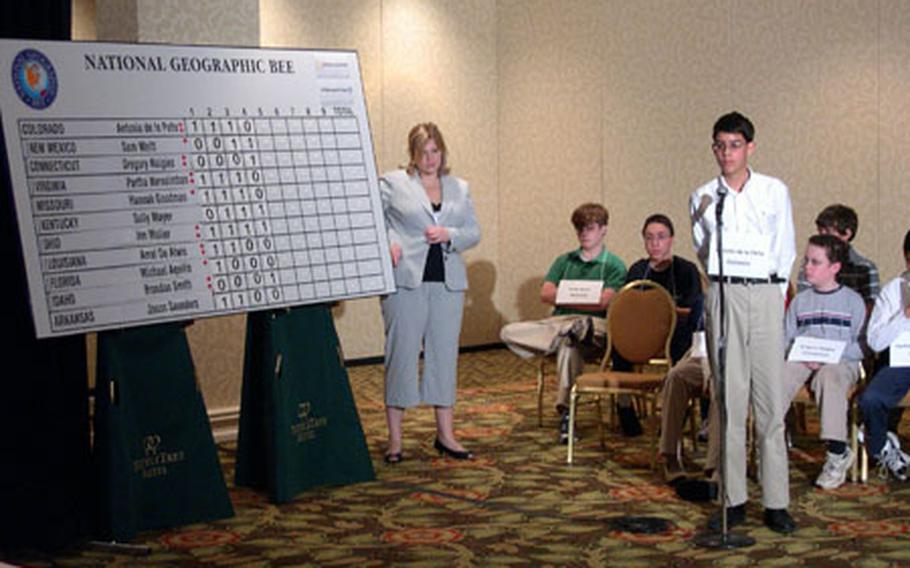 Antonio de la Pena, an eighth grader from Colorado, competes in the 2007 National Geographic Bee on Tuesday. Pena, whose father is an Army colonel, advanced to the finals on Wednesday. (Leo Shane III / S&S)

Antonio de la Pena, an eighth grader from Colorado, competes in the 2007 National Geographic Bee on Tuesday. Pena, whose father is an Army colonel, advanced to the finals on Wednesday. (Leo Shane III / S&S) 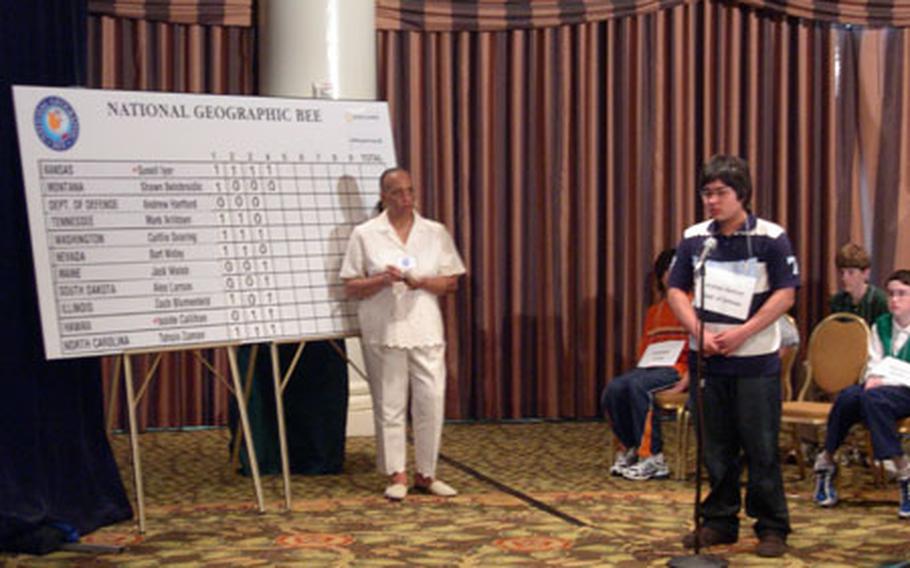 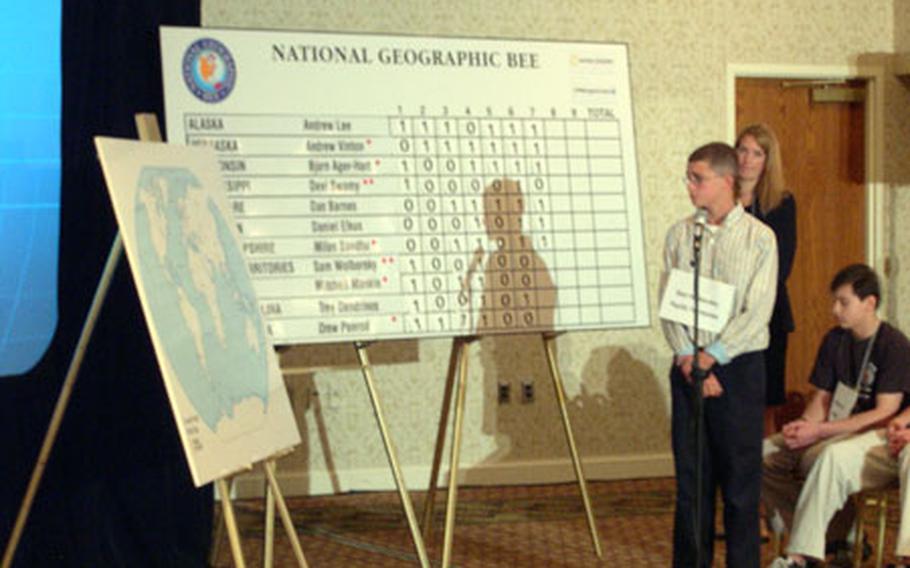 ARLINGTON, Va. &#8212; Antonio de la Pena knew that Khao Yai National Park was in Thailand, but he couldn&#8217;t come up with the name of the poverty-stricken South Asian country with a military government established in 1971.

The competition, in its 19th year, brings together the top fifth- through eighth-graders from each state and U.S. territory to showcase their knowledge of maps and mountain ranges.

Officials from the National Geographic Society said the goal is not only to reward these top students but also to encourage the schools to focus more on geography in the classroom.

This year&#8217;s 55 competitors included four with military ties: de la Pena&#8217;s father, Sergio, is a colonel in the Army&#8217;s Northern Command Headquarters Company. North Dakota champion Jason Penrod said he wants to be an astronaut, in part because his father works in the Air Force with the 91st Space Wing at Minot Air Force Base, N.D.

Andrew Hartford, an eighth-grader at Lakenheath Middle School in England, arrived at the competition as the Department of Defense school system representative. He said moving around a lot gave him an appreciation for different places and cultures, which in turn has driven him to study geography more closely.

Hartford knew the capital of Ghana is Accra and had no trouble picking out Estonia on a map of Europe, but got tripped up on a number of questions about Africa.

Eighth-grader Sam Wolborsky attends Andersen Middle School at the Air Force base of the same name on Guam. He also has been a local champion in spelling contests and long-distance running competitions, but said winning the Pacific Territories regional geography title was a surprise for him.

The top winners of the national competition, to be named Wednesday morning, will receive $55,000 in scholarships, including a $25,000 scholarship for the first-place student.

Only a few of the competitors managed to make it through the nine rounds of questions without more than one misstep. De la Pena&#8217;s only error was the question about Bangladesh, and he earned a spot in the top ten and Wednesday&#8217;s final round.

Last year, he got seven out of nine right and narrowly missed the finals. His father was delighted by the victory this year.