All aboard: US, S. Korean soldiers simulate patient evacuation by train 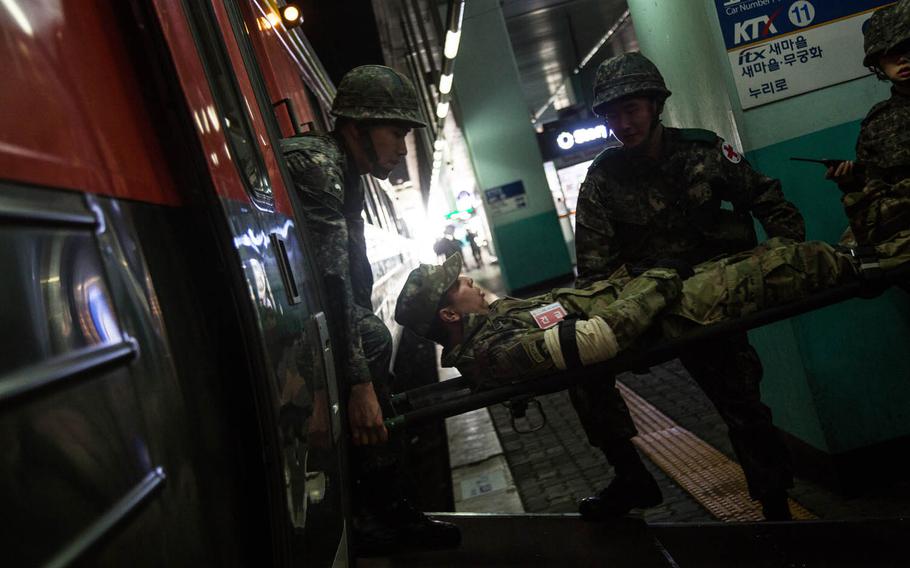 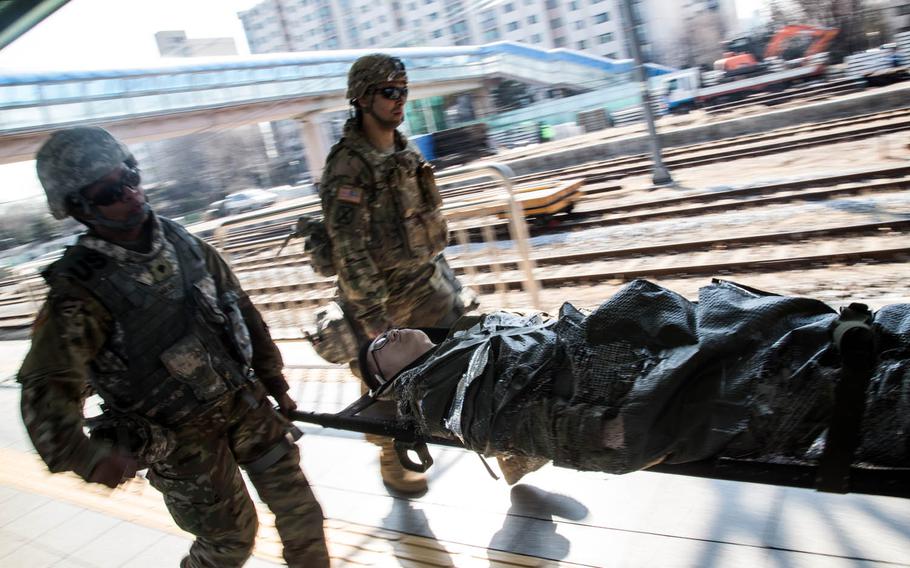 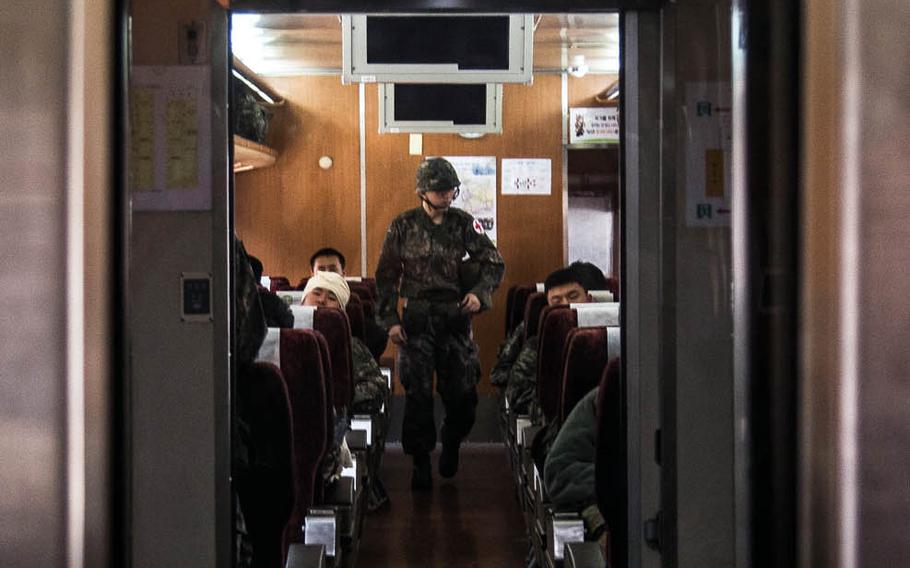 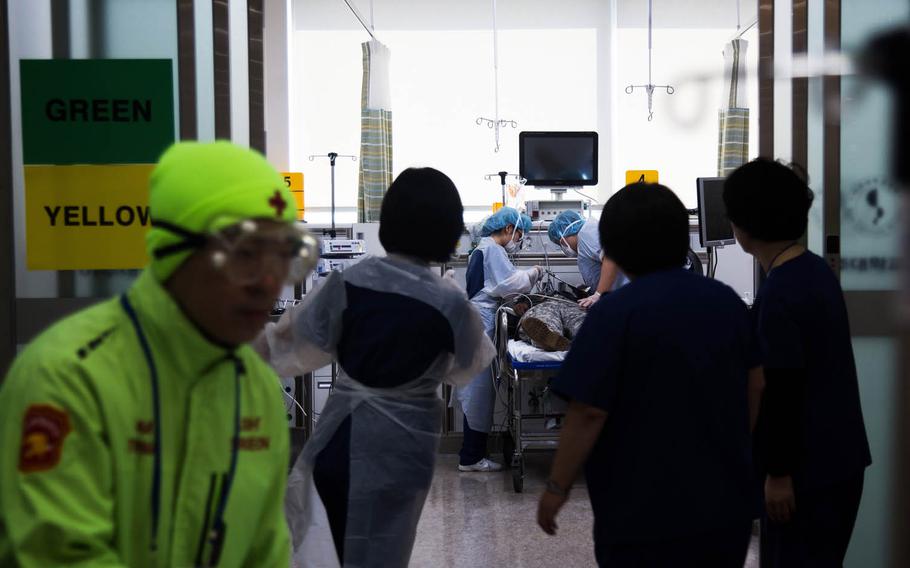 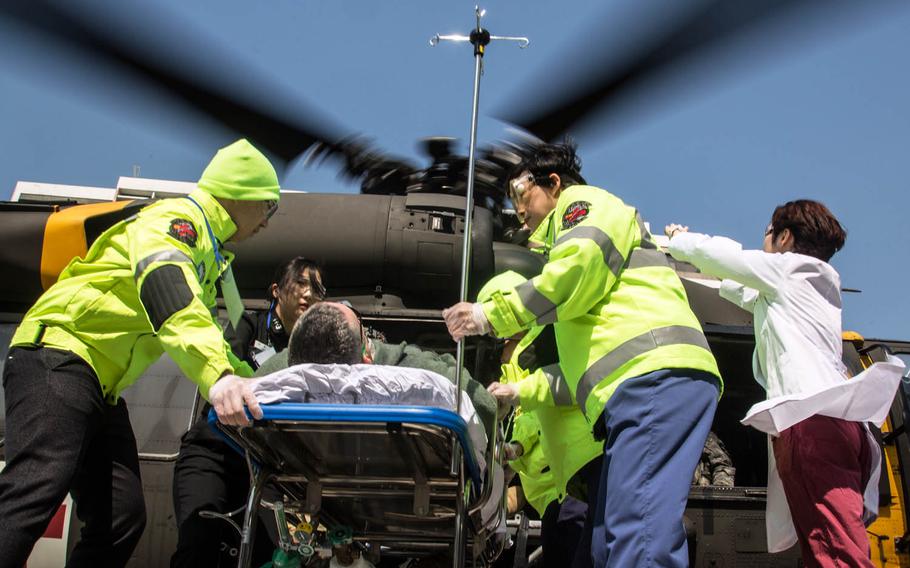 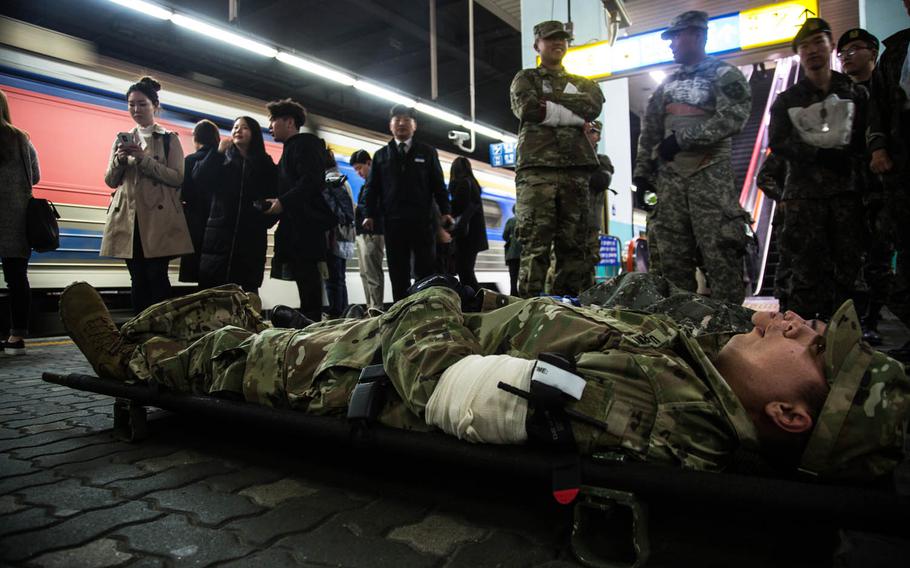 Buy Photo
Simulated casualties wait to be evacuated during a drill Wednesday, March 15, 2017, in South Korea. (Marcus Fichtl/Stars and Stripes)

The biannual medical exercise, called Dragon Lift, involved about 1,000 U.S. and South Korean soldiers and civilians and was aimed at testing the ability of medical troops from both countries to take wounded fighters from the front lines to hospitals in the rear.

Soldiers acting as injury victims were triaged Wednesday at South Korea’s Armed Forces Medical Command at Goyang, about 10 miles north of Seoul. Then they were transported via air, rail and road to Ajou University Hospital’s trauma center in Suwon, about 20 miles south of the capital.

Other conflicts involving U.S. servicemembers, such as in Iraq and Afghanistan, are taking place in countries with diminished or limited infrastructure. The U.S. military can’t afford to ignore the more than 2,000 miles of rail in South Korea, said Maj. Stephen Duryea, theater evacuation planner for U.S. Forces Korea.

“You’ve got be prepared to use all assets,” he said, adding it was the third time Dragon Lift has included trains.

A military train pulled up to Seobingo Station and dispatched a dozen South Korean army medics, who whisked the injured into different cars depending on the urgency of their wounds.

“This is definitely nicer than being in the back of a [Humvee] you have seats and beds to lay down,” said Army Spc. Raymond Allaire, 23, of the 65th Medical Brigade, who pretended to have two broken arms for the exercise.

The Scottsdale, Ariz., native added that the amount of staff and medical equipment impressed him.

The commander of the South Korean Medical Train Unit, Capt. Yoo Mi-ri, operates the only peacetime medical train, with a staff of 25, from an administration car in the front. She said the train holds up to 158 walking patients and 32 on stretchers.

Medical trains have existed in South Korea since the 1950-53 war with North Korea, Yoo said.

Yoo’s train unit has operated since 1999 and has focused on taking South Korean servicemembers across the peninsula to local hospitals for non-life threatening injuries and scheduled appointments.

More medical trains would be needed if war were to break out, she said, adding that the unit has also planned for the potential need to use North Korean tracks to assist casualty evacuation as potential battle lines move north.

As the simulated casualties arrived in Suwon, modified Humvees known as field litter ambulances rushed them to Ajou University Hospital. Meanwhile, a pair of UH-60 Blackhawks brought in more casualties from a separate site.

Forty casualties from various parts of Seoul were evacuated via train, helicopter and Humvee.

Dragon Lift is one of several joint military exercises conducted by U.S. and South Korean forces throughout the year as the allies seek to maintain readiness against a possible conflict on the divided peninsula.

The two Koreas technically remain in a state of war after the 1950-53 conflict ended in an armistice instead of a peace treaty.