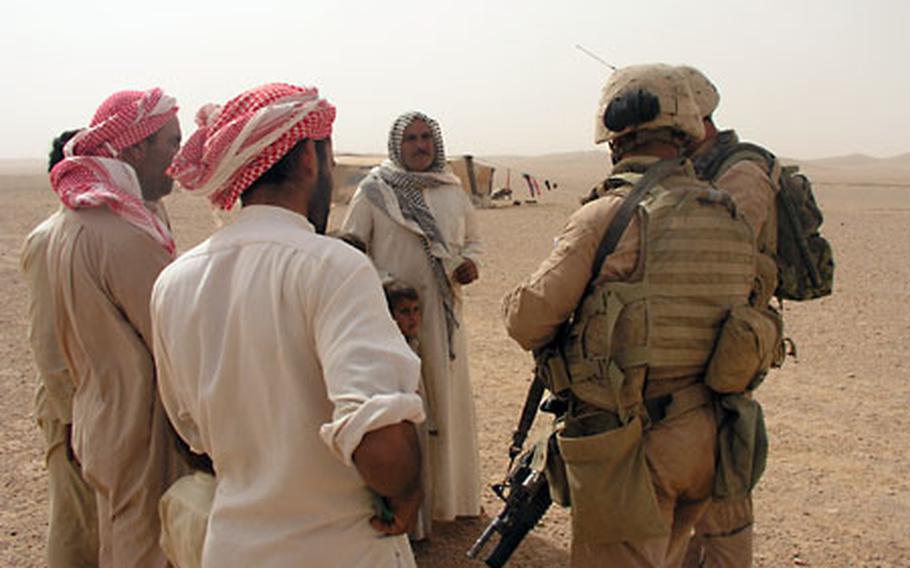 In use since the very first year of the Iraq conflict, it&#8217;s a term that&#8217;s become instantly familiar to Iraqis through their contacts with U.S. forces.

But for Herber and some of his fellow Marines in Company C&#8217;s 3rd Platoon, it&#8217;s usually not good to just spring that question on an Iraqi straight out.

So Herber prefers to work his way up to the question.

Herber and his fellow Marines have gotten used to two basic responses.

The most common, they say, is a see-nothing-know-nothing answer.

But sSometimes they get useful information.

One day, though, outside the city of Hassa, Herber and fellow Marines ran into a very unexpected answer, one they concluded was sheer anti-American sentiment.

They were questioning a man who appeared to be a sheepherder.

Suspicious, though, they pressed him.