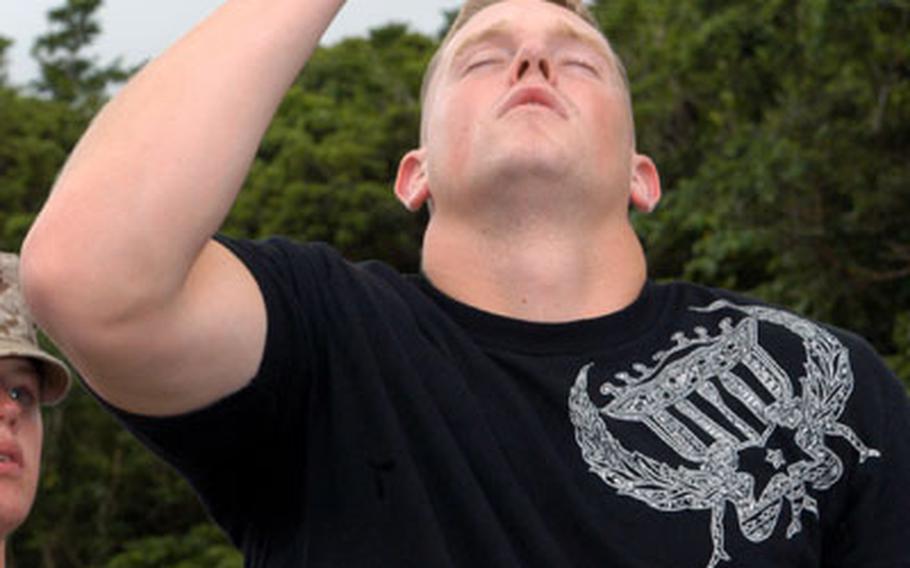 Marine Cpl. Kyle Thompson, 21, touches his finger to his nose during a field sobriety test Tuesday. Thompson was one of four Marines who consumed alcohol in a controlled setting to give military police at Camp Foster, Okinawa, practice detecting the effects of alcohol on driving. (Will Morris / S&S)

Marine Cpl. Kyle Thompson, 21, touches his finger to his nose during a field sobriety test Tuesday. Thompson was one of four Marines who consumed alcohol in a controlled setting to give military police at Camp Foster, Okinawa, practice detecting the effects of alcohol on driving. (Will Morris / S&S) 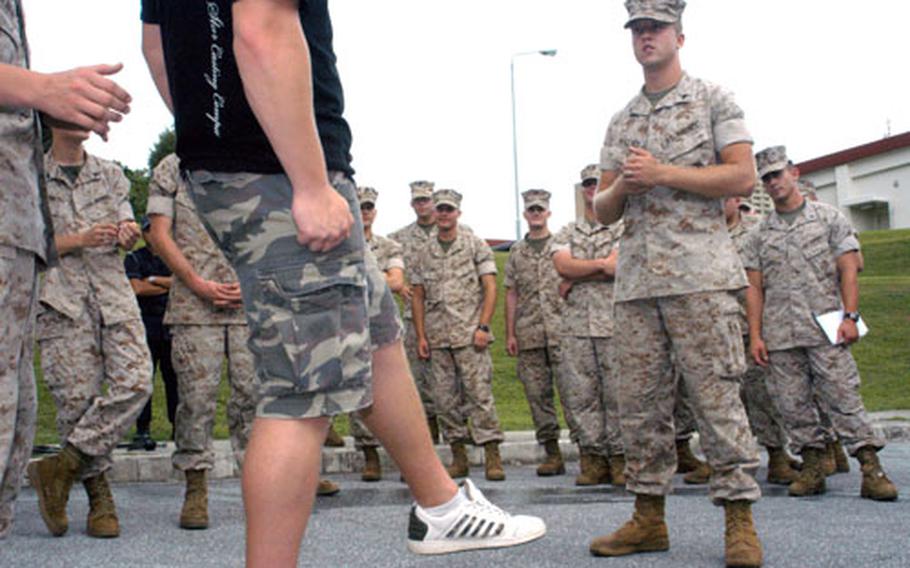 Marine Cpl. Kyle Thompson stands on one leg under the watchful eye of Cpl. Wesley Wallace, 22, during the field sobriety test Tuesday. (Will Morris / S&S) 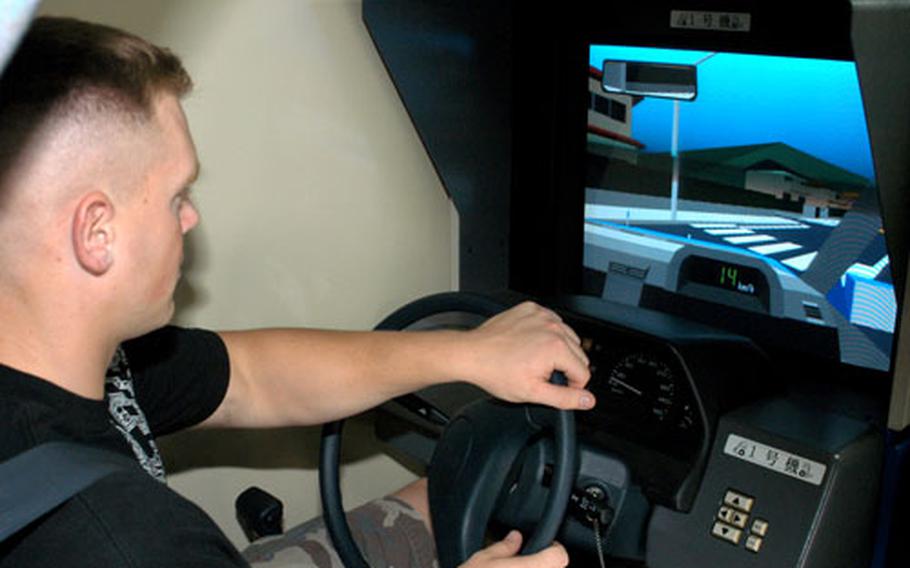 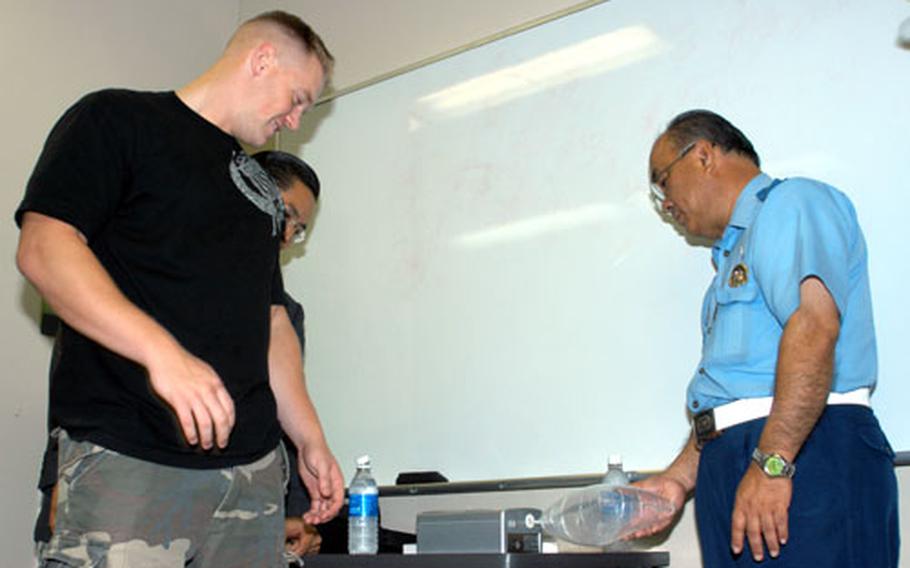 Marine Cpl. Kyle Thompson waits for the results of a test to see how much alcohol he has in his system. (Will Morris / S&S)

For the past two hours, Thompson, 21, had been dining on a liquid lunch of vodka and orange juice. Before the day was over, Thompson and three other intoxicated Marines would be given several field sobriety examinations, undergo breath tests to detect alcohol and be responsible for several traffic accidents in the virtual world.

The purpose behind the boozing on Tuesday was to give military police at Camp Foster a chance to observe the effects of alcohol on driving in a controlled setting. They also learned how their Okinawan counterparts detect drunken drivers.

Lance Cpl. David Ramos, 19, said he was surprised how quickly people can become impaired and how even when impaired, they can do relatively well on a field sobriety test, but still be unable to control a car in a computerized driving simulator.

Each of Thompson&#8217;s turns at the wheel of the simulator ended quickly, all in accidents.

Just before driving, Thompson registered 0.14 milligrams of alcohol per liter of his breath in a Japanese device that tests for alcohol. That&#8217;s just 0.01 mg under the amount to be considered too intoxicated to drive in Japan, or the equivalent of having a blood alcohol level of 0.03 when measured with a Breathalyzer. All the drinking was done using carefully controlled amounts under medical supervision and guidance from other military police.

Among those at the training was Ginowan city Police Lt. Osamu Ola. Ola discussed the differences between Japanese and American DUI laws. He also used Japanese alcohol detection equipment on the four intoxicated Marines.

After a series of fatal auto accidents involving alcohol last year &#8212; one of which killed three children &#8212; the Japanese government decided to strengthen the punishments for drunken driving, Ola said. The changes range from increased fines and prison time for DUI and DWI to charging those who give alcohol to someone who later drives drunk.

The revisions to the law are to take effect in September.

Ola said Okinawa leads all the Japanese prefectures for alcohol-related auto fatalities. It also leads the country in DUI arrests.

On Tuesday, Ola observed, with a translator, several field sobriety tests conducted by the Marine MPs and said he was impressed.