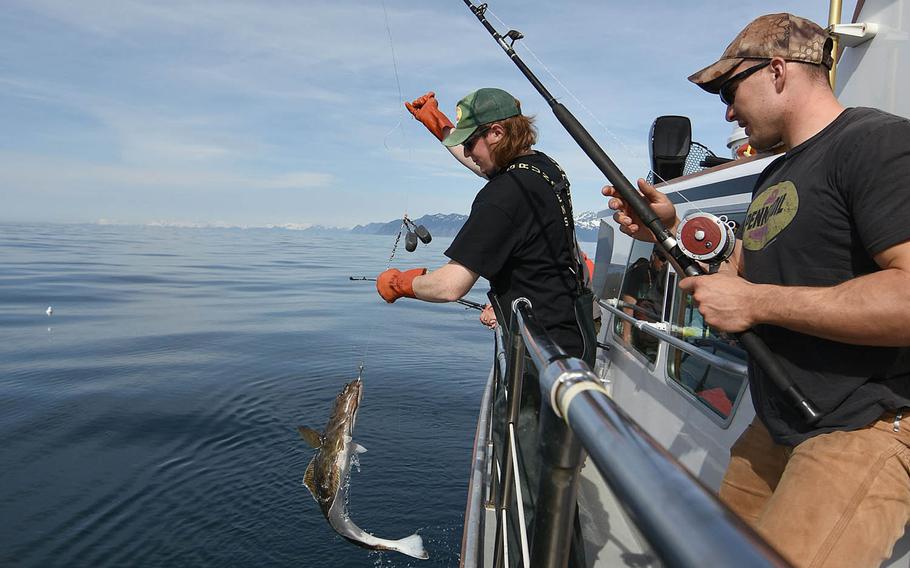 Volunteer deck hand Kyle Collins lands a small halibut for Air Force Staff Sgt. Parker Dalla in the 10th annual Armed Services Combat Fishing Tournament in Seward, Alaska, May 26, 2016. The tournament, hosted by the city of Seward and the Armed Services YMCA, gave more than 200 military anglers stationed in Alaska a free day of halibut fishing to thank them for their service. (John Pennell/U.S. Army)

A small Alaskan fishing town gave more than 200 servicemembers a free day of halibut fishing — along with cash and door prizes — during the 10th annual Armed Services Combat Fishing Tournament.

The event, held May 26 in Seward, aims to show the community’s appreciation for the troops, an Army statement said.

The military anglers were provided free filleting and packaging services for their catch, followed by a banquet of free food and drinks, along with prizes.

This year, 21 fishing boats from 15 charter services donated their time, equipment and expertise to the cause.

Buddy Whitt, executive director of the Alaska Armed Service YMCA, the event’s co-host, estimated that more than 2,000 servicemembers have caught more than 19,000 pounds of fish during the event over the past decade. He said organizers have given more than $215,000 in cash prizes and $300,000 in door prizes to the competitors.