Alaska exercise trains airmen to be on alert 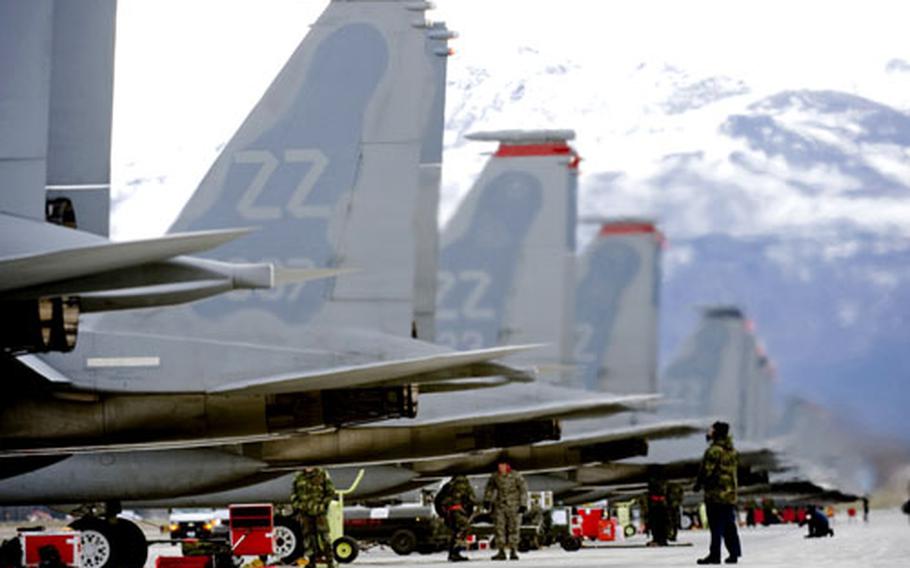 Crew chiefs from Kadena Air Base conduct a pre-flight checklist on an F-15 Eagle at Elmendorf Air Force Base in Alaska. (Jonathan Steffen / USAF)

Crew chiefs from Kadena Air Base conduct a pre-flight checklist on an F-15 Eagle at Elmendorf Air Force Base in Alaska. (Jonathan Steffen / USAF) 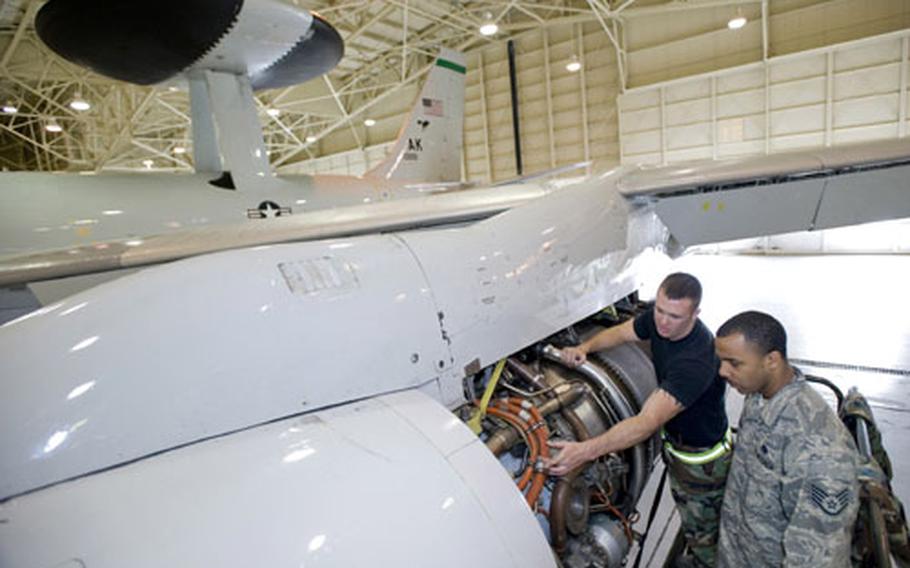 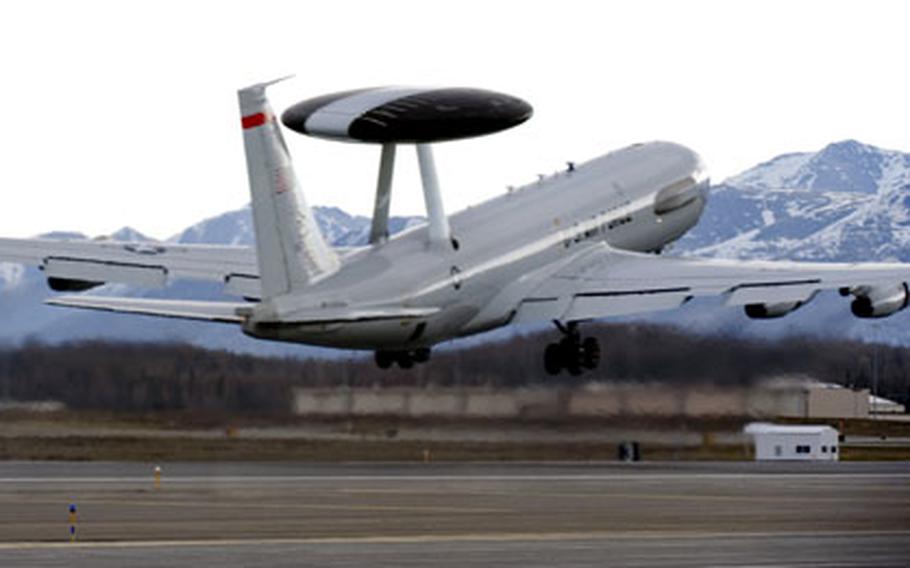 An E-3 Airborne Warning and Control System from 961st Airborne Air Control Squadron from Kadena Air Base takes off from Elmendorf Air Force Base, Alaska, last month. The aircraft was participating in the Northern Edge exercise. (Jonathan Steffen / USAF)

Northern Edge 2008, which ended last month, centered on preparing servicemembers to respond to threats and crises.

Simulated exercises reviewed operations and procedures including defensive counter air tactics, recovery missions and air support. A primary focus was to ensure military branches can work together efficiently and successfully, said Capt. Tom Hunt, an F-15C pilot with the 67th Fighter Squadron who participated in the training.

"It was about working together, knowing that we could be outnumbered and maximizing the results we get," he said.

Northern Edge is the fourth-largest military training exercise under Pacific Command. Participating were more than 5,000 servicemembers from the Navy, Marines, Air Force and Army as well as National Guard from units in Hawaii, Alaska and Nevada.

About 135 pilots and maintenance personnel and 24 F-15Cs from Hunt&#8217;s squadron participated in the exercise. The training also allowed Hunt&#8217;s unit to practice attack integration with F-22 Raptors.

Other units from Kadena included the 909th Air Refueling Squadron, the 961st Airborne Air Control Squadron, and the 18th Maintenance and Operations groups.