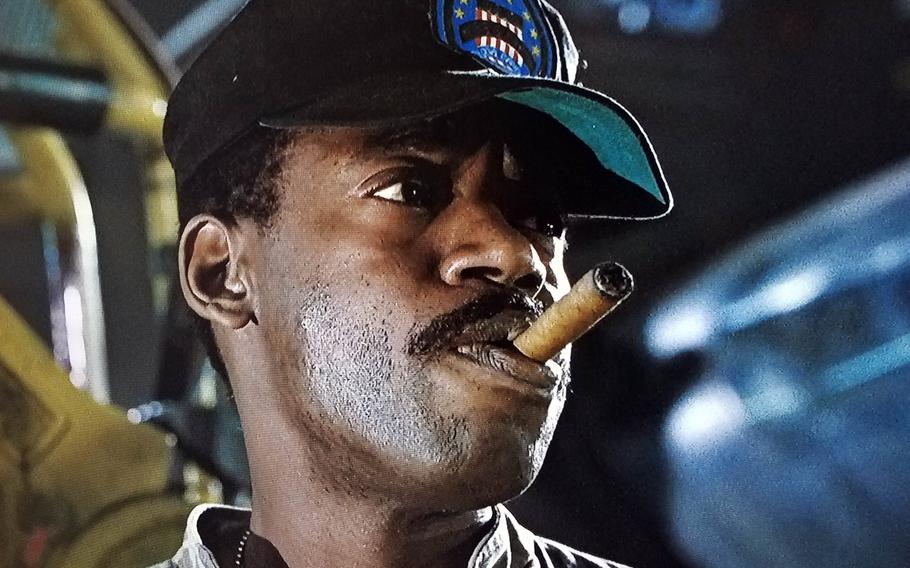 The cause of death is under investigation, Spanish emergency services officials said.

Matthews, a Vietnam War veteran, acted in many other action films, including “Superman III” and “The Fifth Element.” He also enjoyed a career as a singer. But he is probably best remembered for his role as the tough-as-nails, cigar-chewing, Colonial Marine Gunnery Sgt. Apone in the 1986 movie “Aliens,” directed by James Cameron.

In the film, Matthews’ character, Apone, leads his Marines on a rescue mission on the moon LV-426, where a hive of “xenophormph” aliens had wiped out a civilian colony.

In his most famous scene, Apone bites down on his cigar as he awakes from hypersleep and starts barking orders and motivating his Marines.

“Another glorious day in the Corps,” he shouts at his groggy, unenthusiastic troops. “A day in the Corps is like a day on the farm. Every meal a banquet, every paycheck a fortune, every formation a parade. I love the Corps.”

While serving in Vietnam, Matthews was meritoriously promoted to the rank of sergeant, the first African-American Marine in the 1st Marine Division to achieve that distinction in Vietnam, according to his biography in IMDb.

In a documentary about the making of “Aliens,” Matthews credited his performance to his training and experience in the Marine Corps. On set, the veteran Marine would make his platoon of actors maintain weapon discipline and firearm safety standards with their prop weapons.

“Everyone’s instinct is automatically to put their fingers on the trigger, and they stopped doing that on set with me,” Matthews said in the documentary. “That’s the way I was trained, thank you very much, America. If you put your finger on the trigger when you’re talking or waving your weapon around, I’m gonna jam it down your throat.”