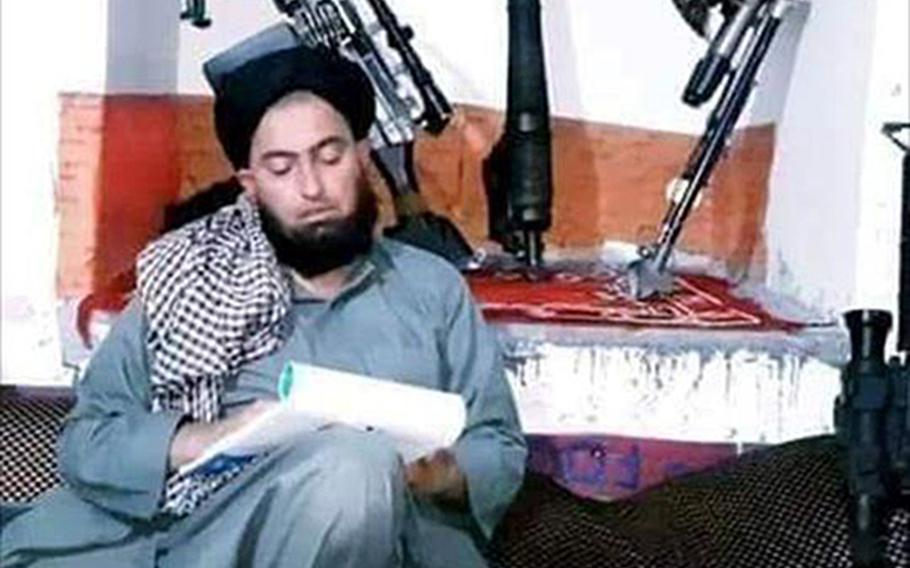 Mullah Nangyalai, a regional leader of the Taliban breakaway faction led by Mullah Mohammad Rasoul, writes on a notepad in an undated photo provided by friends of his. Nangyalai was killed in an airstrike on Jan. 8, 2020 in western Afghanistan, the Rasoul splinter group said. (Javed Hamim)

Mullah Nangyalai, a regional leader of the Taliban breakaway faction led by Mullah Mohammad Rasoul, writes on a notepad in an undated photo provided by friends of his. Nangyalai was killed in an airstrike on Jan. 8, 2020 in western Afghanistan, the Rasoul splinter group said. (Javed Hamim) 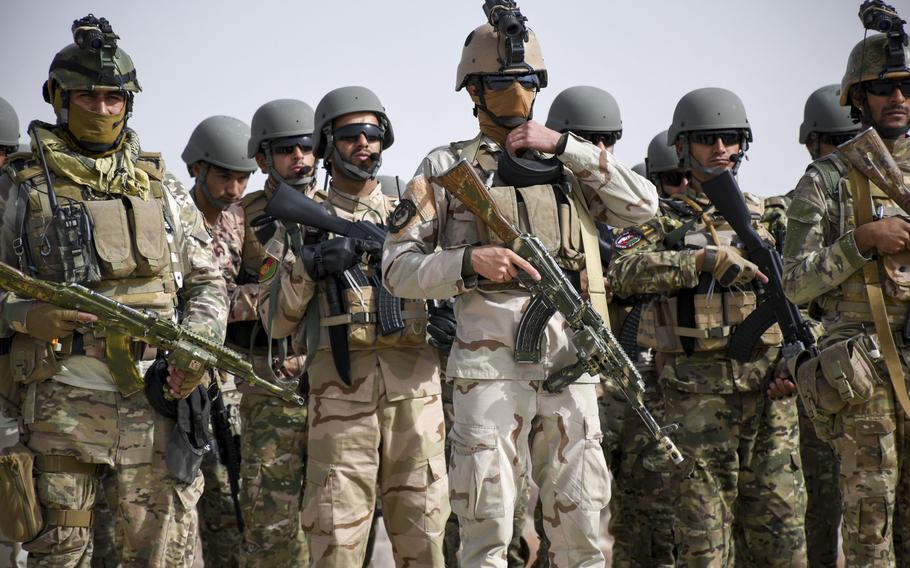 Afghan members of an elite police special forces unit in Herat gather for a drill prior to a raid to capture a Taliban leader on Oct. 28, 2018. The leader of a Taliban splinter faction in the area, Mullah Mohammad Nangyalai, was killed in a drone strike Jan. 8, 2019, the breakaway militant group said. ()

KABUL, Afghanistan – A U.S. drone strike killed a regional leader of a breakaway faction of the Taliban in western Afghanistan Wednesday and may have killed several civilians, officials and militants said.

“U.S. Forces-Afghanistan, at the request of Afghan Security Forces, conducted a coordinated defensive air strike in support of Afghan forces in Shindand, Herat on January 8, 2020,” said a statement sent to Afghan media by U.S. military officials.

The statement did not comment on casualties and a spokesman for U.S. and NATO forces in Afghanistan directed further questions to the Afghan defense ministry.

The ministry confirmed that airstrikes had occurred in the province, which borders Iran, and said an investigation has been launched to determine if any civilians were killed.

The strikes killed Mullah Mohammad Nangyalai, a regional commander of an insurgent faction led by Mullah Mohammad Rasoul that split from the mainline Taliban in 2015, the breakaway militant group said in a statement.

The splinter group’s fighters will continue to fight against “the U.S. and other foreigners” in Afghanistan, the statement said.

The attack began at 4 p.m. Wednesday in an area controlled by the government, Tolo News reported.

The drone strikes were launched as the Rasoul faction was planning to attack a government checkpoint, said Abdul Hakim, a resident of the district.

“A few civilians were killed and injured” when a second strike hit as they gathered dead bodies after the initial strike, Hakim said.

An official from the area, Tor Mohammad Zarifi, said several civilians were among the roughly 30 people killed in the strikes.

After the attack, at least 10 people were brought from Shindand to the regional hospital in the city of Herat, about 90 miles away, said Dr. Abdul Hakim Tamana, Herat’s public health director. He was unable to say if the injured were civilians or militants.

A spokesman for the governor of Herat, Jailani Farhad, confirmed that there were airstrikes but did not comment on casualities.

The Rasoul group, which has operated with the tacit support of the Afghan government, continues to fight the mainline Taliban in Herat, but the clashes between the two groups are not as frequent or heavy as in previous years, a source within the group said.