Airport is readied for busy days 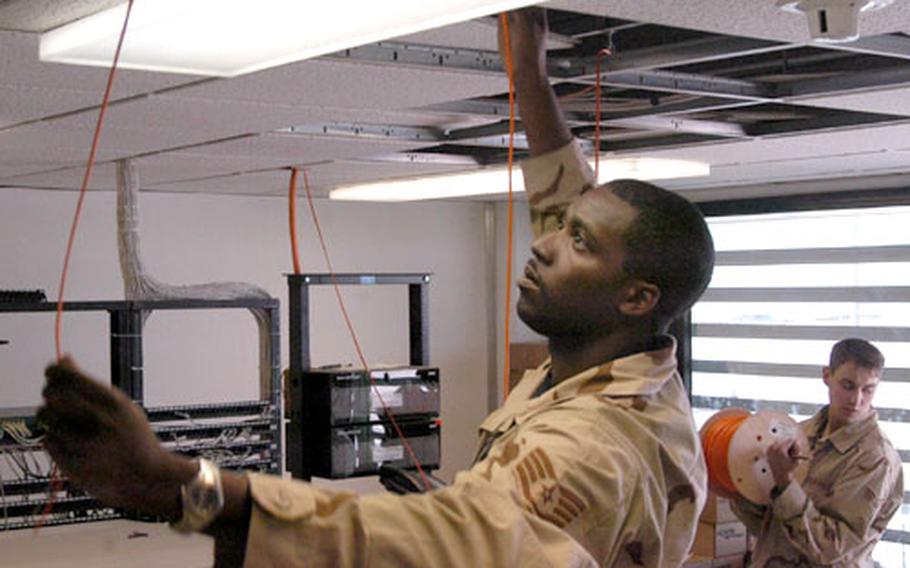 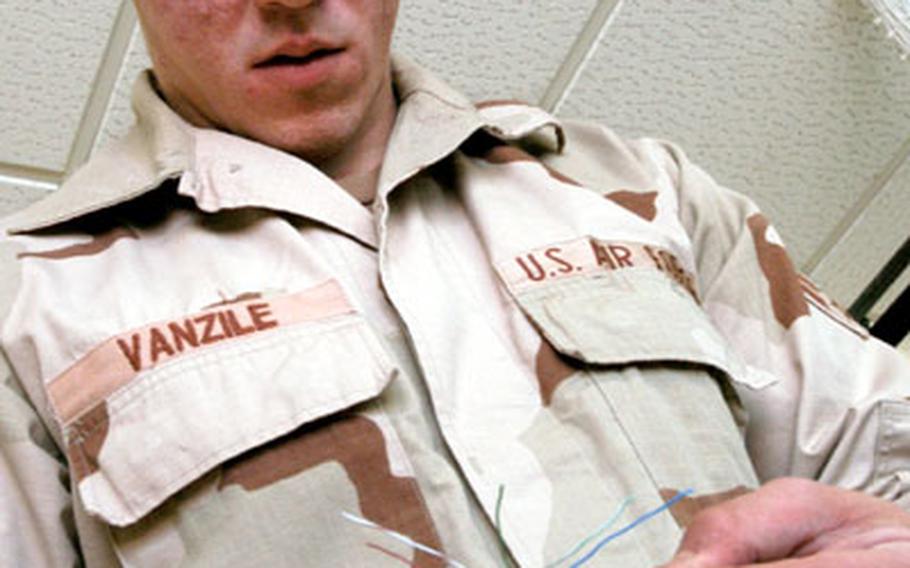 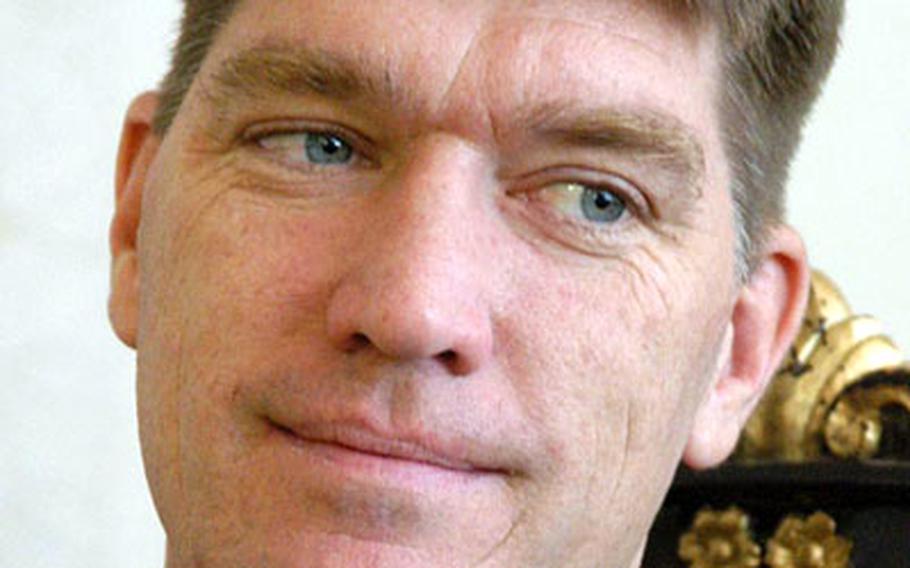 BAGHDAD &#8212; In a few months, the Air Force will no longer call Baghdad International Airport home.

Airmen &#8212; like their more numerous Army brethren on base &#8212; will be moving elsewhere so the Iraqi people can start using the airport facilities. In the meantime, small groups of Air Force personnel have been helping the contractor charged with getting the airport up and running.

&#8220;We&#8217;re responsible for bringing the airports back to international commercial standards,&#8221; said Eric Huppert, deputy project director in Iraq for Skylink USA. &#8220;Our specialty is doing this kind of work in underdeveloped nations.&#8221;

In a few areas where Skylink lacks personnel or equipment, the Air Force has come through.

The latest example of assistance is by a small group from the 447th Expeditionary Communications Squadron that has been installing fiber optic cable and fixing existing wiring. The work will give Skylink better computer and telephone service and could eventually be used to speed up information flow across the airport.

&#8220;We could not have done this by ourselves,&#8221; said Chris Lebiedz, one of two information technology specialists for Skylink at the airport.

The hardest part of the job, accomplished over a few days during the weekend, was finding out where the old cable was routed. That involved going floor to floor to trace the wires. Laying the cable they brought with them would be easier, airmen said.

Airmen based across the runway at Camp Sather have created a training area for the airport&#8217;s fledgling fire department, coordinated security with Skylink personnel and tested the civilian refueling capabilities.

As for the airport terminal itself, Skylink still has some work to do. The facility has weathered a few wars and has the scars to prove it.

Still, civilian traffic is back on a limited basis and Huppert says that progress is being made every day. He said he expects traffic will increase dramatically when the flow of reconstruction materials picks up.

By that time, the Air Force will probably be gone. But some of its handiwork will stay behind.