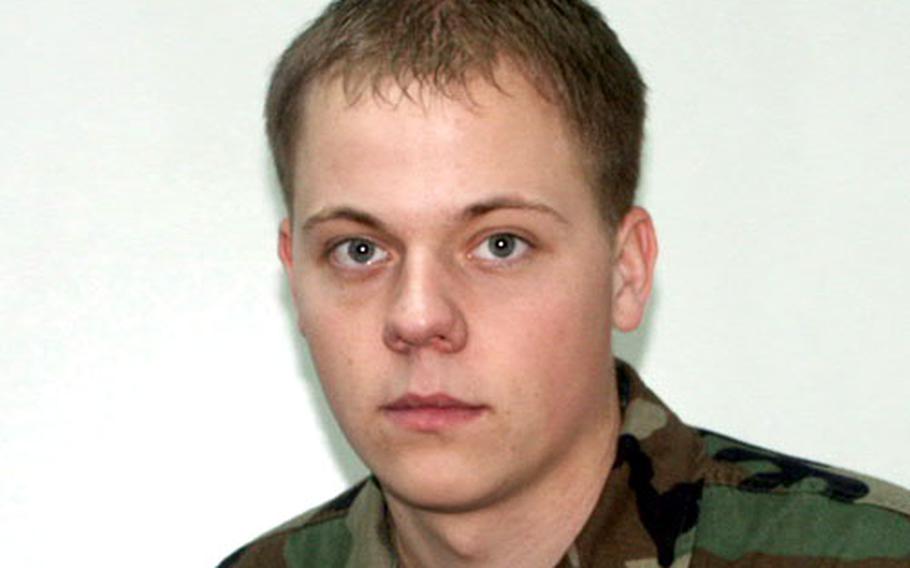 The two airmen donated a pint each of their rare AB negative blood type Dec. 28 at Chongju&#8217;s Jesus Hospital for a South Korean newborn girl who needed a transfusion.

The girl&#8217;s blood was incompatible with her mother&#8217;s, said Dr. Park Sung-kwan, whose wife, Dr. Lee Oh-kyung, was the attending physician. The girl had developed jaundice, which causes yellowing of the skin from bile salts building up in tissues.

Without a transfusion, the girl could have suffered permanent neurological damage, Park said. But, Lee said, only three out of every 10,000 South Koreans have AB negative blood.

The only available pint in South Korea was sent to the hospital, Park said. The girl&#8217;s condition deteriorated for a bit, Lee said, and then improved after the blood transfusion.

Still, it was a good idea to have more AB negative blood on hand in case the girl&#8217;s condition deteriorated, Park said. Park, who remembered that Kunsan Air Base had helped the hospital before, called the base and asked for AB negative blood donors.

He spoke with Maj. Steve Vreeke, the 8th Fighter Wing flight surgeon. Of 3,000 airmen at Kunsan, just four had the right type, Park said. And of those, just two were available to donate.

Jundt, 24, and Crane, 20, traveled to Jesus Hospital southeast of Kunsan, about a one-hour trip. For both, it was the first time they had ever given blood.

Usually a newborn transfusion requires about two pints of blood, Lee said. The girl&#8217;s condition improved, so the donated blood is on hold should it worsen again, Park said.

The two airmen received an e-mail from the girl&#8217;s parents expressing their thanks.

Stars and Stripes was unable to contact the girl&#8217;s parents.