Airmen will soon chow down at Grissom 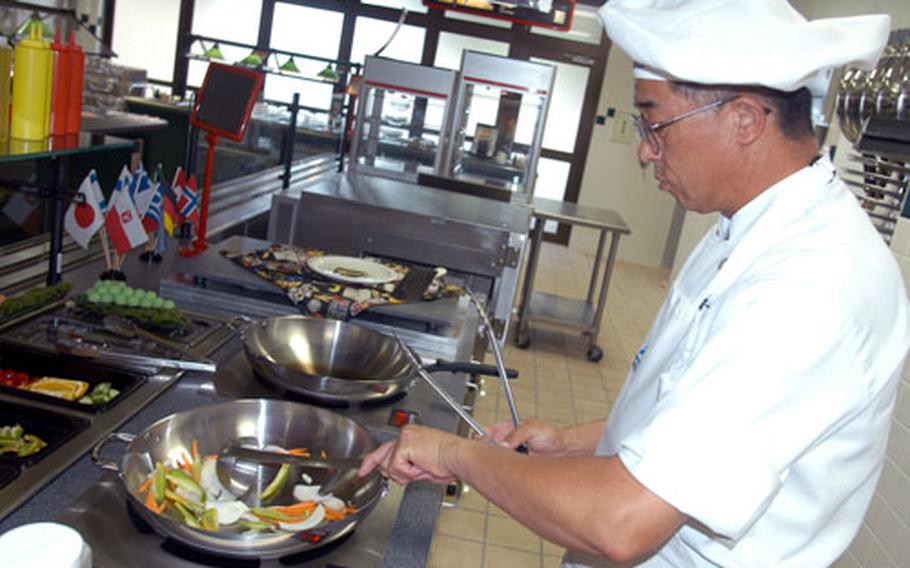 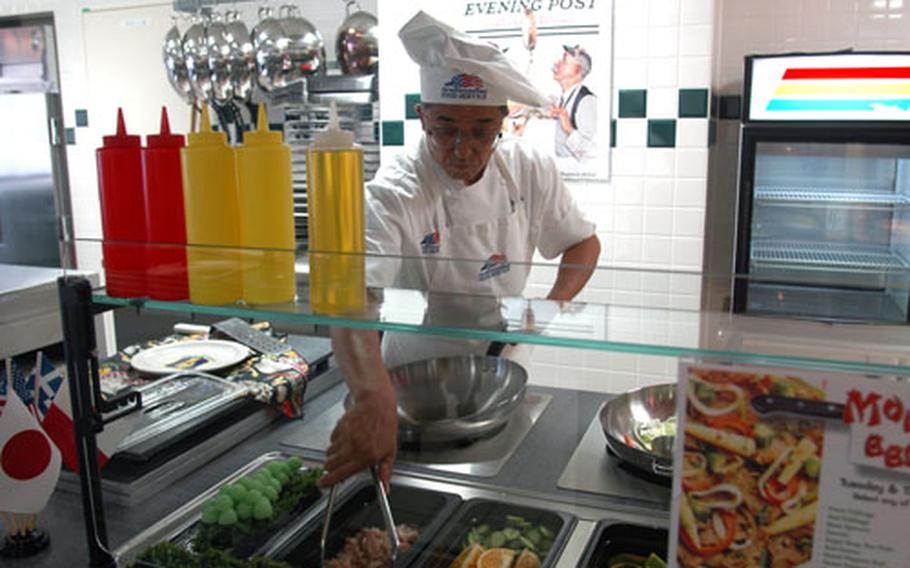 MISAWA AIR BASE, Japan &#8212; Enlisted servicemembers here may be the best-fed airmen in the Pacific after their mess hall reopens Aug. 16.

For breakfast, airmen can feast on hot cinnamon rolls, pastries and waffles or opt for a lighter fare of bagels and cereal.

Lunch choices include potato bar with fixings, deli sandwiches, cook-to-order pizza and a salad bar with 32 items. Dinner on Tuesdays and Thursdays include Mongolian barbecue; the ethnic cuisine station will alternate between Italian, Mexican, Cajun, Southern, Oriental and German fare.

Airmen can make their own milkshakes or banana splits, or from the juice bar, drink a smoothie or &#8220;slushie.&#8221; The dining hall is still required to serve selections from the Air Forces&#8217; mandatory worldwide menu.

Grissom manager Master Sgt. Tony Flowers said it will be &#8220;buffet a la carte. Before, there was a serving line, you would follow the path, A to Z.&#8221; Diners now will be able to pick and choose items from each station.

Flowers, the man who single-handedly designed much of the facility, said other PACAF bases are interested in his design and concept.

Kadena Air Base flew Flowers to Okinawa to talk about the facility; representatives from Hickam Air Force Base in Hawaii have toured the site and officials at Alaska&#8217;s Eielson Air Force Base have shown interest.

Much of Grissom&#8217;s new serving area was built and designed in-house. The 35th Civil Engineering Squadron spent about $350,000 to put in new floor and wall tiles, a lower ceiling and brighter lights. Squadron engineers did about 80 percent of the work; a contractor helped with the wall and floors.

The other portion of the project cost about $264,000, to include the serving line equipment and dishes. After Flowers and his staff came up with the design, he worked closely with the equipment company to ensure it met his specifications.

They include a wok station with grill and pans that heat through magnetic induction, retractable heating lamps, special meat carving trays, and refrigerated and heated counters to keep food cold or warm.

Flowers said the renovation project was done to get Grissom up to Air Force standards.

The extra cash was nice while it lasted; some airmen tucked it away while others used it to pay bills.

But despite the $500 a month to spare, Misawa&#8217;s unaccompanied airmen look forward to eating in their mess hall again.

Master Sgt. Brian Calhoun, chief of customer support for 35th Comptroller Squadron, said the $500 is a combination of the approximately $8 a day airmen are charged for Grissom meals and the 53 percent of COLA they don&#8217;t get when the facility is open.

Pay and COLA will stay the same for enlisted members who are married or live off-base, Calhoun said. They can eat at Grissom but must pay for their meals.

Calhoun said the reduction should be reflected in the September paychecks. If someone continues to receive the entitlement by mistake, he or she needs to report it to the finance office, Calhoun said, or risk having to pay back the government.

Airman 1st Class Richard Balaka, a utilities apprentice, said he paid off bills with the extra dough, eating at the food court, picking up lunch at the commissary or brown bagging it during Grissom&#8217;s closure.

Base officials are spreading the word to dorm residents via first sergeants, chief master sergeants, commanders and media outlets that the temporary stipend is going away, said Calhoun.