Airmen will feel right at home at The Eagle in Cambridge 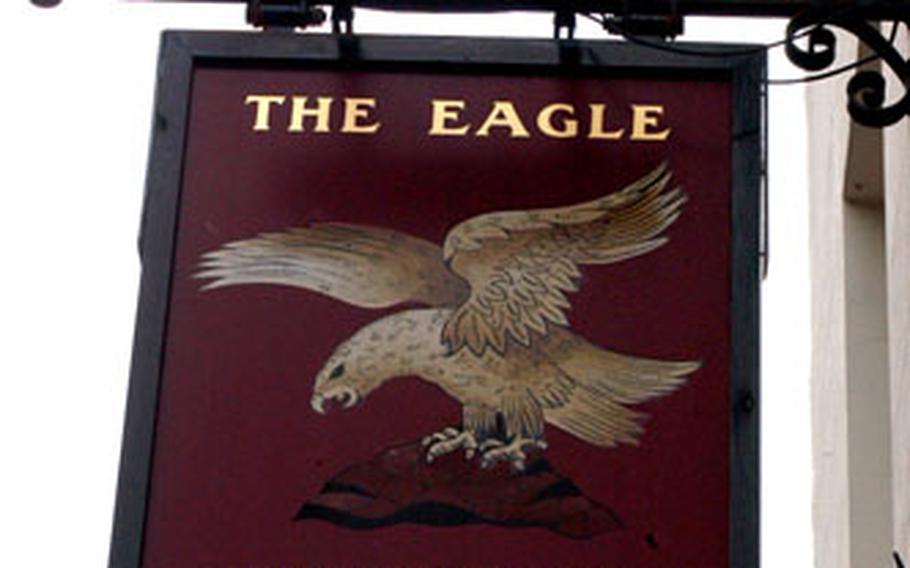 The Eagle is one of Cambidge’s most affable bars, where patrons can see inscriptions burned into the ceiling by U.S. Air Force and RAF pilots and crews during World War II. (Ben Murray / S&S)

The Eagle is one of Cambidge’s most affable bars, where patrons can see inscriptions burned into the ceiling by U.S. Air Force and RAF pilots and crews during World War II. (Ben Murray / S&S) 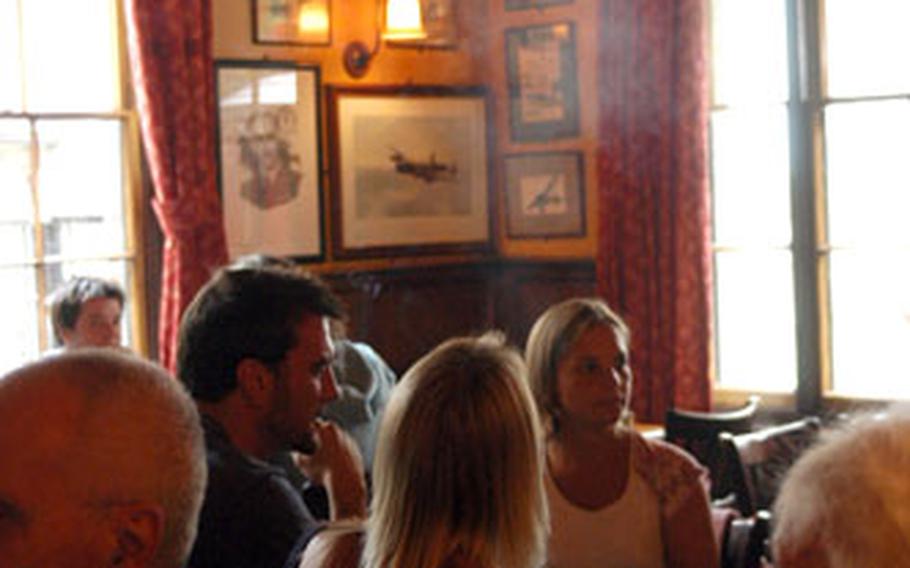 Patrons can still have a smoke in the back bar at The Eagle, where Sunday punters share a drink and a Sunday roast. (Ben Murray / S&S) 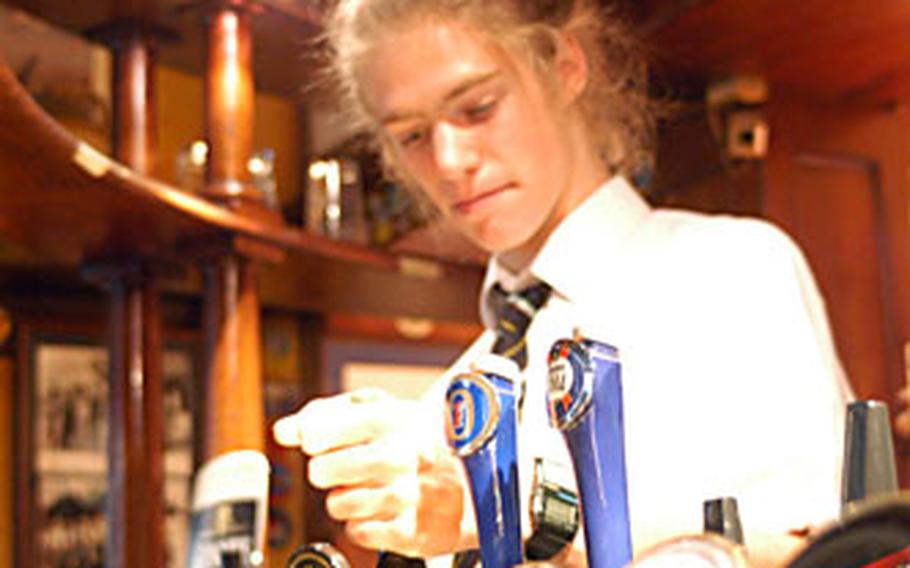 Bartender Matt Burstein pours a pint for a customer at the RAF Bar at the back of the Eagle. (Ben Murray / S&S)

Normally when a bar patron finds himself staring at the ceiling of a pub in the afternoon, something has just gone quickly and embarrassingly wrong.

There&#8217;s often been a drastic miscalculation of the potency of British ales and an incrementally reduced ability to count past the number four, followed by a crash of glass and someone loudly asking what, exactly, is wrong with you.

But at The Eagle bar in Cambridge, a cozy, colorful pub just off the main student thoroughfare of King&#8217;s Parade in the downtown core, it isn&#8217;t unusual to see customers gazing at the burnished ceiling.

Craning their necks or leaning awkwardly in their chairs, patrons often are seen looking up from their drinks to pore over one of Cambridge&#8217;s more intriguing pub features: a ceiling decorated with a matrix of names and phrases scorched above them by British and American pilots during World War II.

Set above a small array of tables and a gleaming, rounded bar, the writing on the ceiling is just one intriguing facet of one of Cambridge&#8217;s most appealing and historically significant (for airmen, at least) pubs.

Offering not only the normal fare of a hearty English bar but also healthy servings of chin-scratching lore, The Eagle is divided into a network of five small, interconnected rooms (one is mostly for dining), with two bars, a fair amount of seating and helpings of wood fixtures and dense carpet.

The effect is a low-key, dimly lit and comfortable locale; the kind of place where Bob Cratchet might hunker down with a flagon and while away his worries about Ebenezer, or mull the finer points of a piping-hot Christmas pudding.

In the back portion, called the RAF Bar, the inscriptions, so the explanation on the back wall goes, date to 1940, when an RAF pilot gathered the liquid courage to stack a chair on a table and sear his unit&#8217;s name into the wood with a candle.

Dozens of other pilots, navigators and gunners from the U.S. Air Force and Royal Air Force followed suit over the course of the war, and to this day the ceiling bears inscriptions made by members of units such as the 199th Squadron, the 323rd, the 196th, the 58th and &#8220;The Pressure Boys.&#8221;

Accessed by either the front door under The Eagle&#8217;s hanging sign or a quiet setback off Benet Street, the pub is also said to have been the after-hours haunt of Cambridge-area scientists Francis Crick and James Watson.

For those not currently enrolled in 10th-grade chemistry, those are the two men who defined the physical structure of DNA, and The Eagle is the place where they announced, &#8220;We think it looks like a Dali painting of a ladder, colored in by a 4-year-old.&#8221;

Also fitted with a back porch adorned with hanging flowers, lacquered in homey charm and sporting heavy round tables for afternoon punters (British slang for a customer), the only drawback of the bar is its abundance of tourists. All in all, worth a stop.