Airmen train at Kadena for ground combat in Iraq 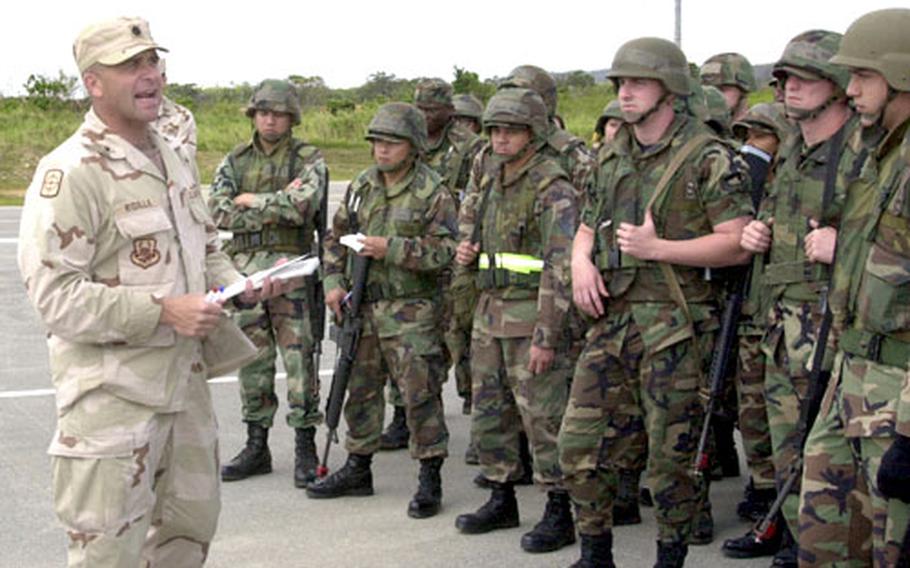 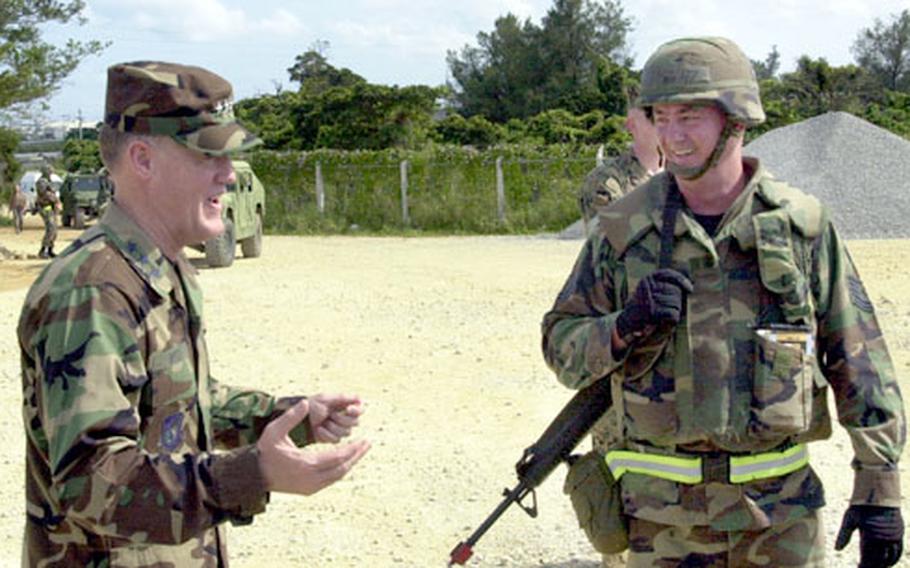 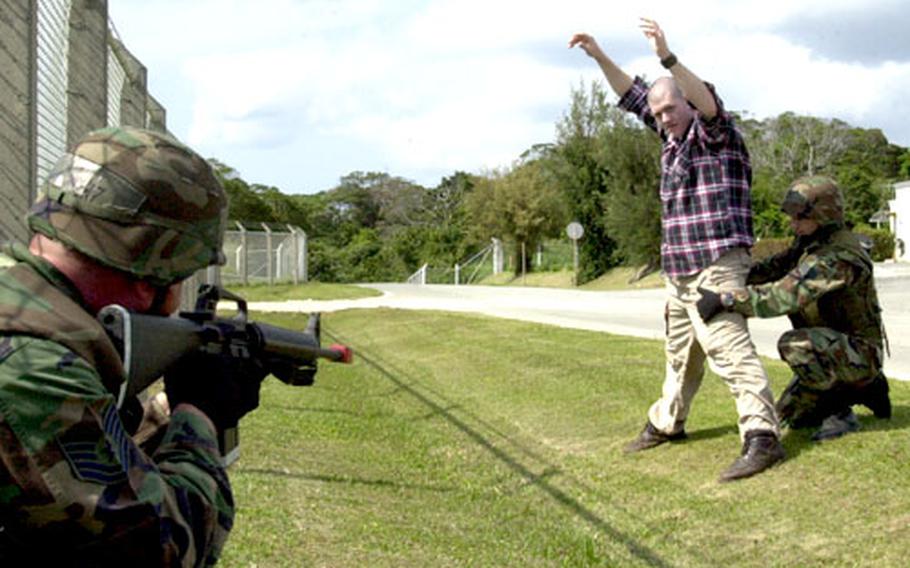 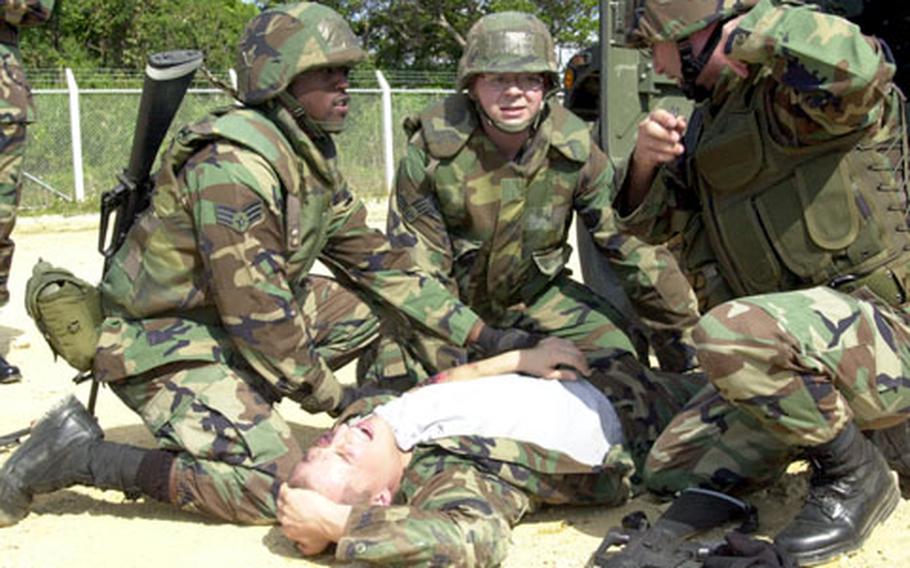 KADENA AIR BASE, Okinawa &#8212; Seconds after &#8220;firefights&#8221; with an insurgent and two snipers, a convoy of airmen in Humvees passed a man in Arab dress standing casually along the road, carrying an automatic weapon.

He never pointed it at them, so the convoy held fire.

If the 500 airmen training in combat simulations at Kadena Air Base for Air Expeditionary Force 5 can stay equally cool in Iraq and Afghanistan, lead trainer Lt. Col. Pete Ridilla with the 18th Civil Engineering Squadron will consider his mission accomplished.

Ridilla and a cadre of others who served in Iraq trained 50 airmen Wednesday whose roles normally do not take them to close combat.

Trainees take one to three hours of classroom and scenario training in each of six areas: combat first aid, weapons handling, IED and unexploded ordnance detection, convoy operations, searches and work-party security. They end with an eight-hour day-and-night simulation during which three- or four-Humvee convoys must move safely between forward operating bases.

Soon after the first convoy passed the armed man in Arab dress, it reached a mock village. People poured into the streets.

The convoy made it to the forward operating base without taking any casualties. But Staff Sgt. Gary Courterier told the three other airmen in his Humvee: &#8220;Keep an eye out. We&#8217;re on base, but that means nothin&#8217;.&#8221;

Sure enough, they were disarming their weapons at the entrance when they noticed a suspicious man passing something to another man through the gate. The airmen shouted at them to stop. One airman began searching the suspect outside the gate, while others took positions around him.

They&#8217;d secured the suspect and the convoy had moved a little further when an explosion sent several servicemembers to the ground with massive wounds. Airmen assessed the wounded and carried them to a triage area as trainers evaluated techniques and looked for misplaced weapons and other errors.

The medical training isn&#8217;t at the level given a medic but assumes the airmen are familiar with required self-aid and buddy-care training. Trainers emphasize lifting injured servicemembers correctly and ensuring they can breathe, Ridilla said.

Lt. Gen. Bruce Wright, U.S. Forces Japan and 5th Air Force commander, observed part of the simulation during his visit to Kadena. The Air Force&#8217;s ground training is at a different level than that of some of the other services, he said, but programs such as Wednesday&#8217;s make a difference.