Airmen to face force-shaping review boards starting in May 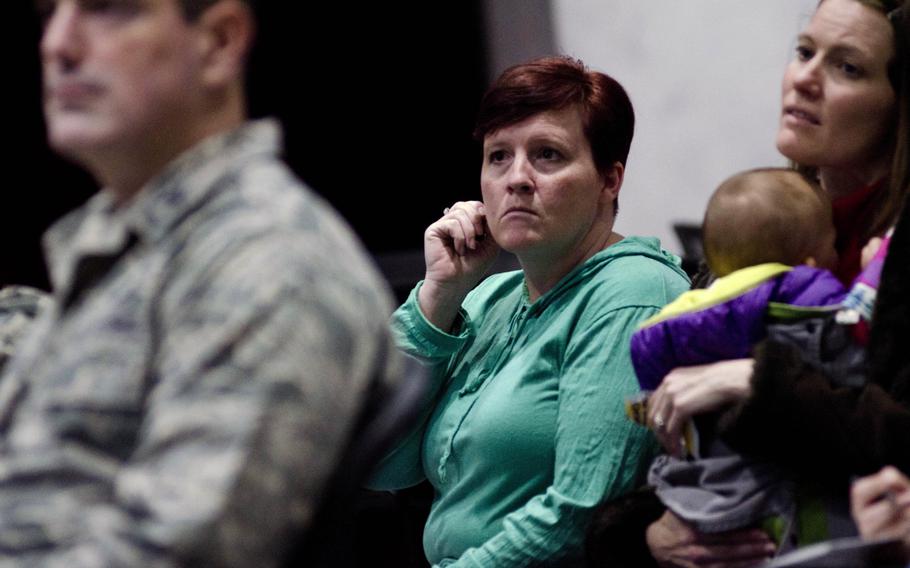 Buy Photo
Airmen and their families gathered at the Airman Readiness Center at Yokota Air Base, Japan, on February 12, 2014, to get information about the U.S. Air Force's force reduction plan. (Eric Guzman/Stars and Stripes)

Buy Photo
Airmen and their families gathered at the Airman Readiness Center at Yokota Air Base, Japan, on February 12, 2014, to get information about the U.S. Air Force's force reduction plan. (Eric Guzman/Stars and Stripes) 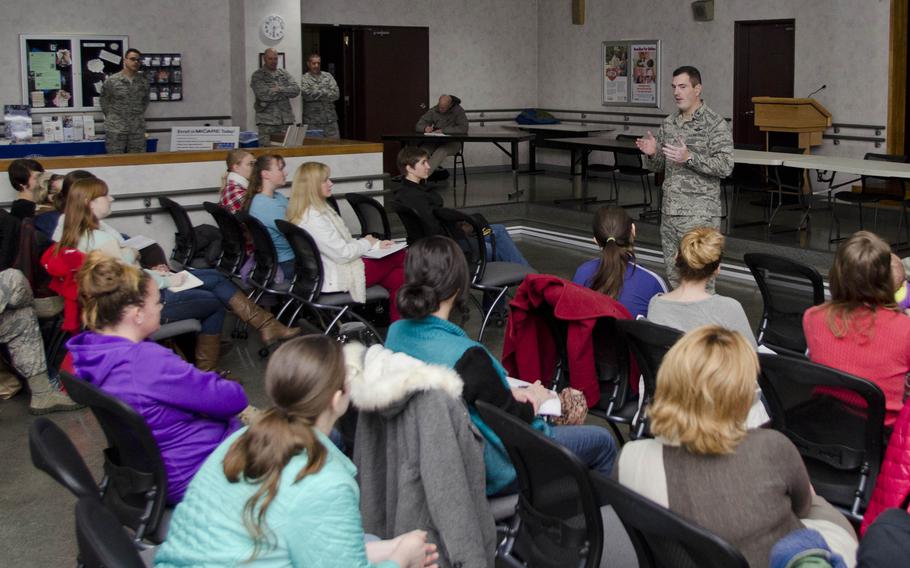 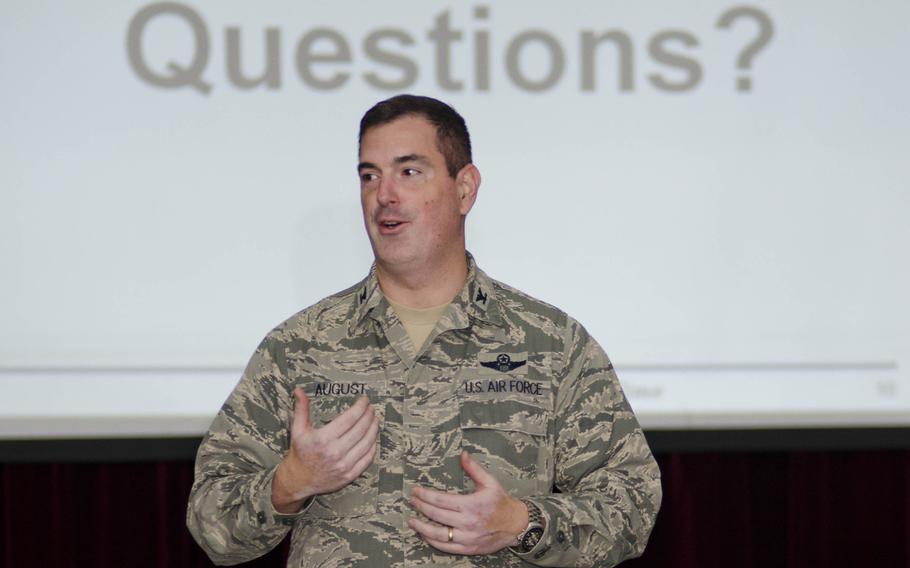 YOKOTA AIR BASE, Japan — Airmen who fail to make the cut under this year’s force-reduction measures will likely be told between May 14 and Sept. 14, and be out of the service no later than Jan.15, according to Air Force officials.

Across the service, airmen are weighing their options as the Air Force prepares to slash 25,000 enlisted and officer positions in an effort to rein in costs.

The service is offering a range of incentives to those who leave voluntarily, but those who want to stay face scrutiny by retention boards charged with deciding whom to keep and whom to let go.

The force-cutting measures were first announced in January.

In recent weeks, leaders at Yokota have been answering questions from airmen and their families about the process. The base held a town hall meeting Tuesday to further discuss the matter.

“We have had a lot of issues with our budget and trying to cut that down,” 1st Lt. Courtney Franzen, 374th Force Support Squadron personnel chief, told two dozen Air Force spouses at the meeting. “We have had to institute both voluntary and involuntary programs” to separate personnel.

Some voluntary programs allow enlisted personnel and officers to get out of the military commitment early. Some offer cash payouts and extra separation pay, while others grant certain airmen early retirement with reduced payments.

The future of those airmen and officers who want to stay will be determined in a few months by a handful of boards:

A Quality Force Review Board, to be held May 5-16, will review records for airmen across all career fields for “negative quality indicators,” such as non-judicial punishment or poor performance reports; Enlisted Retention Boards, to be held in June, will examine the records of airmen in over-manned career fields; A Reduction in Force Board, to be held June 16, will look at majors and captains in specific career fields and commissioning dates; An Enhanced Selective Early Retirement Board, from June 16 to July 4, will consider majors, lieutenant colonels, colonels for retirement; A Force Shaping Board, to be held July 14, will review the records of captains and first lieutenants with more than three but less than six years of service. It’s estimated that about 10 or 11 percent of the force will be separated through the cuts, Col. Mark August, 374th Airlift Wing commander, said at the meeting.

Some career fields will be harder hit than others, he said.

“We all want to know how many slots are going to be cut from these career fields… but it is changing rapidly,” August said. “The only people who are going to get the numbers are the board members.”

Airmen should make sure that their official paperwork and awards are up to date, he said, and they should be up front with spouses about where they think they stand in their unit — whether it’s good news or bad.

A key part of the review process will be to submit three bullet points listing an airman’s career highlights to the boards, and leaders at Yokota will look at every airman’s submission to make sure that they get the retention recommendation they have earned, August said.

“It’s going to be the absolute best one we can write,” he said.

Regardless of which route airmen choose, they should visit the Air Force’s personnel website and read up on the process, he said.

One spouse at the meeting, Tana Phillips, said some people are worried that separation incentives won’t be available if there are more force cuts next year.

“There is concern that the Air Force might run out of money and there will be no separation benefits,” said Phillips, whose noncommissioned officer husband has 12 years’ service and works in maintenance.

Franzen acknowledged there could be more cuts next year, but he said there might be chances for airmen to change career fields rather than leave the service.

Another spouse, Jenny Elking, said her husband — a senior enlisted aircraft fueler with 21 years’ service — hopes to stay in but expects a third of those with his rank and experience to be cut from his career field.

The cuts are unsettling for many people in the Yokota community, Elking said.

“It’s very frightening for them, being away from home and having uncertainty,” she said. “The Air Force is a family environment that I don’t think exists in the civilian world.”

Franzen said airmen who separate under voluntary programs will lose benefits immediately unless they are eligible for a military retirement. Those separated involuntarily will retain Tricare health insurance and commissary privileges for at least 180 days, she said. All discharges under the force cuts will be “honorable” whether they are voluntary or involuntary and those cut will get veterans’ preference for federal jobs, she said.

For those opting for voluntary separation as well as those involuntarily separated, Yokota has more than doubled the space in its transition assistance program, which prepares airmen for life in the civilian workforce, August said.