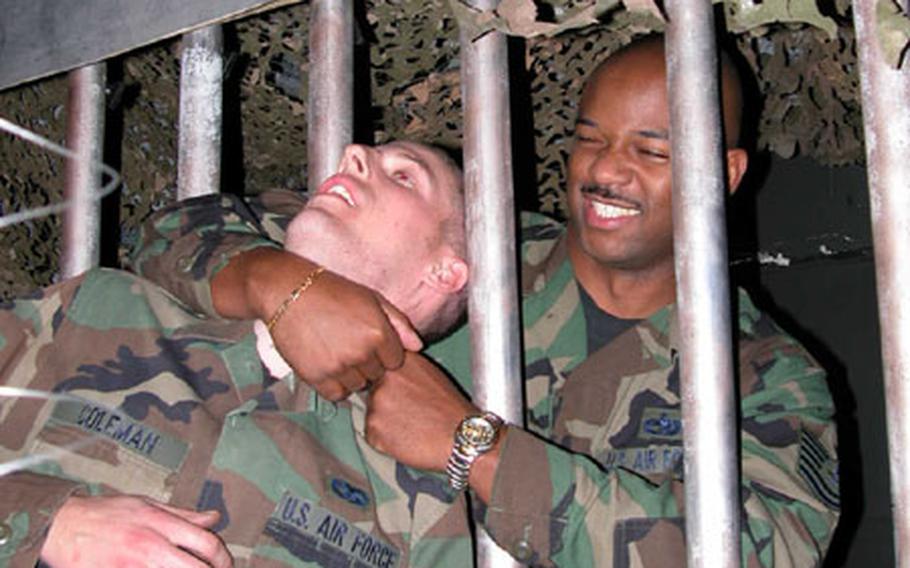 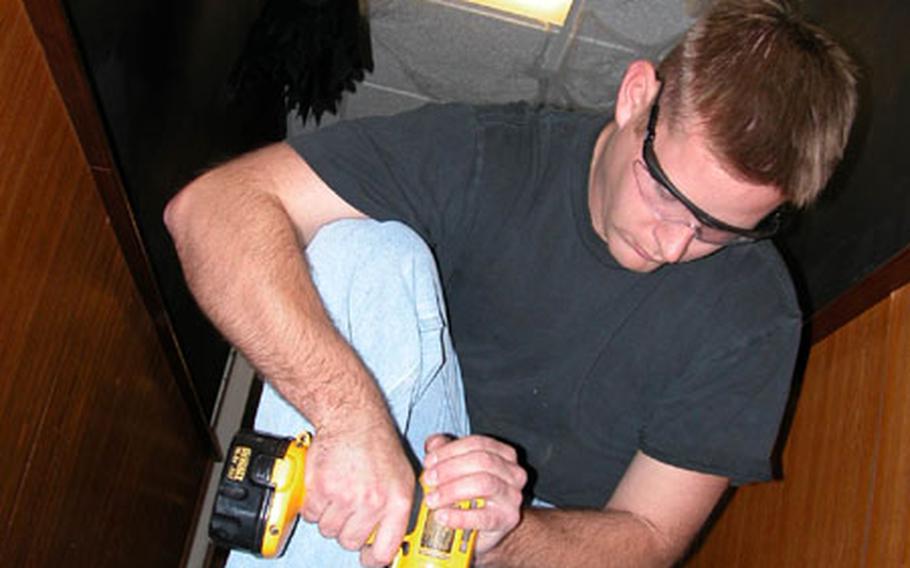 There are bloody stumps, cages and coffins at an abandoned building on the base. Ghouls, zombies and innocent victims will all roam Haunt World.

The 100th Logistics Readiness Squadron is ushering in Halloween with the creep shows set for Friday, Saturday, Wednesday, Thursday and Oct. 31. A toned-down show for the kids will be held from 7 to 8 p.m. each night. The show for grown-ups is from 9 to 11 p.m.

Up to 35 &#8220;actors&#8221; will work at Haunt World. Simpson said a number of them have been working frantically for the last two weeks to prepare the building, that will include:

The squadron hopes to use Haunt World to raise money for its Thanksgiving dinner and holiday party.

Last year the communications and transportation squadrons were combined into one &#8212; the 100th Logistics Readiness Squadron. The project is a way to build camaraderie.

Squadron members went to the base&#8217;s property manager in September looking for a building to transform. They found a vacant one slated for demolition.

It took time to piece together a plan and meet safety requirements before the squadron got the OK. If the building wasn&#8217;t haunted before, it is now.

The airmen are hopeful that Haunt World will become an annual tradition.

Haunt World is designed for adults, but group members say they won&#8217;t go hog-wild during the early evening shows for the young, impressionable children.