Airmen ready to take on spiders, rats and hornets at Misawa 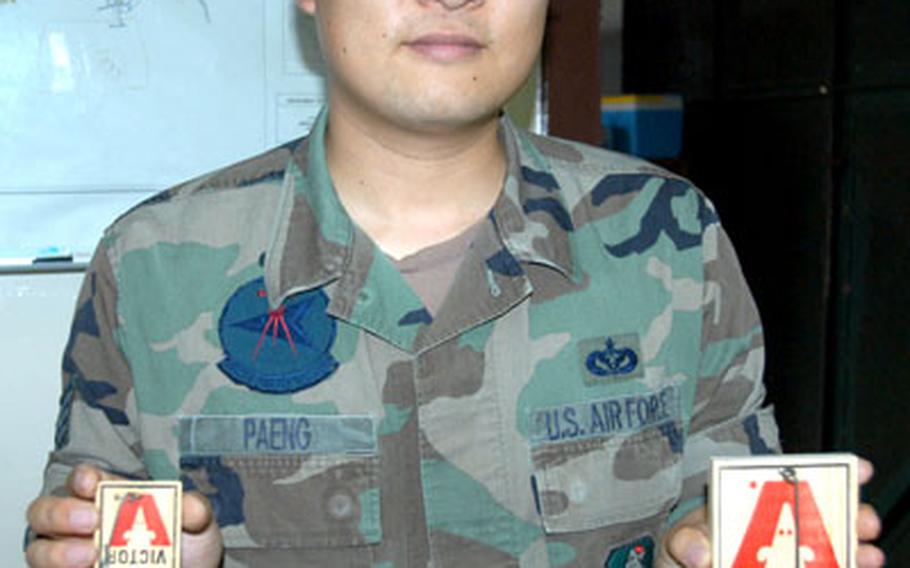 Staff Sgt. Seung Paeng, noncommissioned officer in charge of pest management at Misawa Air Base, Japan, holds up two traps used for rodents: The smaller one is for house mice, the larger for rats. The four-person shop is busiest from March to November, controlling insects, spiders and weeds, while rats are a cold-weather nuisance. (Jennifer H. Svan / S&S)

Staff Sgt. Seung Paeng, noncommissioned officer in charge of pest management at Misawa Air Base, Japan, holds up two traps used for rodents: The smaller one is for house mice, the larger for rats. The four-person shop is busiest from March to November, controlling insects, spiders and weeds, while rats are a cold-weather nuisance. (Jennifer H. Svan / S&S) 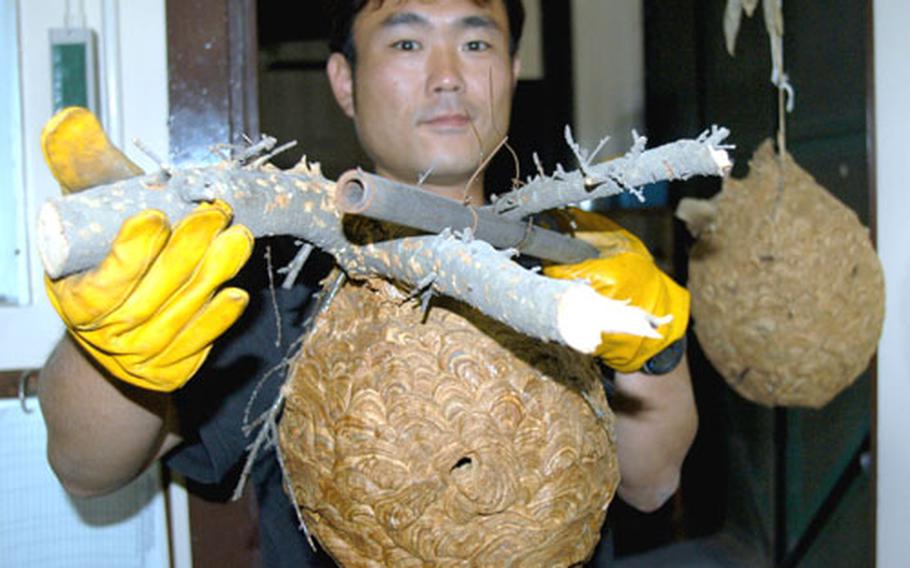 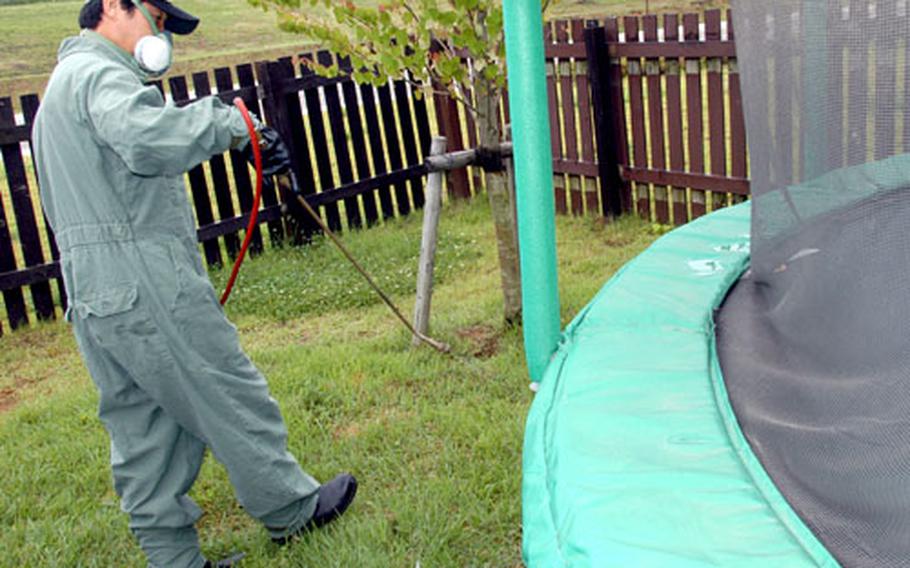 Kunimitsu Kawasaki, a pest controller at Misawa Air Base, sprays a trampoline for spiders in main-base housing this week. (Jennifer H. Svan / S&S)

MISAWA AIR BASE, Japan &#8212; Spraying them with a hose didn&#8217;t work. Within a month the spindly creepy crawlers were back, spinning their webs in shady, hard-to-reach corners outside the Stamms&#8217; main-base house and depositing egg sacs in the grass.

Exasperated, the Stamms called the exterminators.

To the rescue Tuesday morning, with their smelly but effective pesticides, were the 35th Civil Engineer Squadron&#8217;s pest managers. It&#8217;s a shop of four people, falling under entomology and pest control &#8212; meaning they&#8217;re vastly outnumbered by pesky insects, arachnids and furry rodents.

At Misawa, the shop&#8217;s busiest months begin in March and end in November, said Tech. Sgt. Seung Paeng, the noncommissioned-officer-in-charge of pest management.

People in the summertime typically call about hornets, bees, ants, cockroaches and spiders, said Paeng, whose background is in environmental engineering. Snake calls are rare.

An American living off base did report finding a black widow, a mildly poisonous spider with a signature red hourglass marking on its underbelly, but Paeng said the sighting could not be confirmed.

Paeng worries more about hornets and bees. The shop keeps two large hornet nests that pest controllers retrieved last year, one near a base facility and the other in base housing, after killing thousands of insects inside them with a spray that freezes them.

Cockroaches are a year-round nuisance at Misawa. Making an occasional appearance in winter are Norway and roof rats that can grow up to a foot long. They&#8217;re found more often in base food-handling facilities and garbage-disposal areas than in base housing, Paeng said. Pest controllers trap rats and, Paeng said, have found that &#8220;cheese is not working that good&#8221; as bait, while bacon and Tabasco sauce seem to be more enticing.

Paeng and three Japanese nationals who assist with pest and weed control are looking forward to moving into the new entomology/pest management shop when the new civil engineer complex is completed this winter. The unit will be housed in a separate facility near the Air Mobility Command passenger terminal. Air Force regulations require pest control be at least 100 feet away from other buildings because of the chemicals the shop uses, Paeng said.