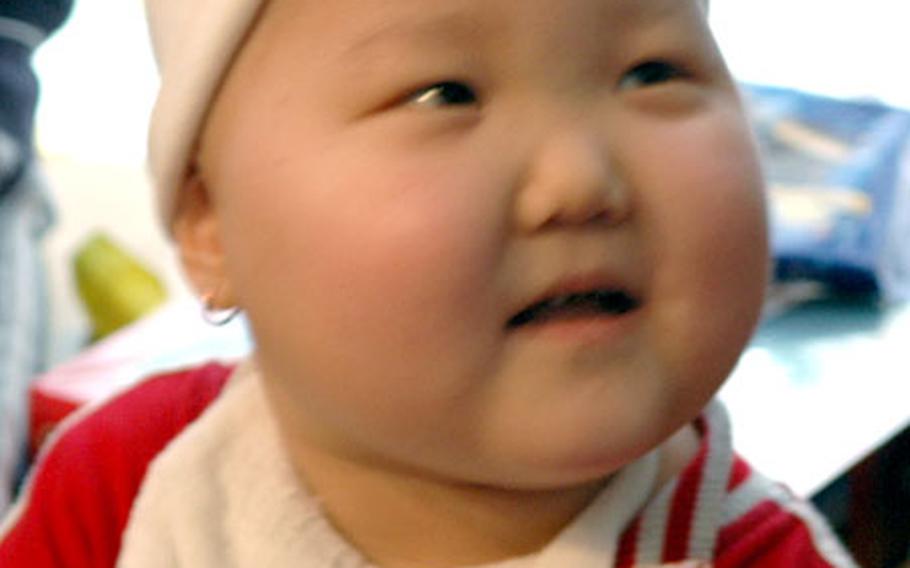 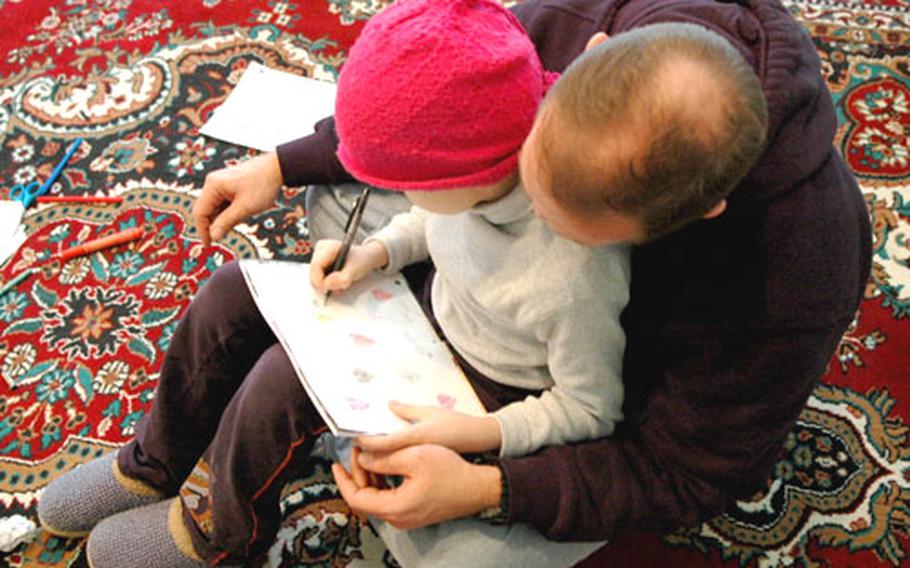 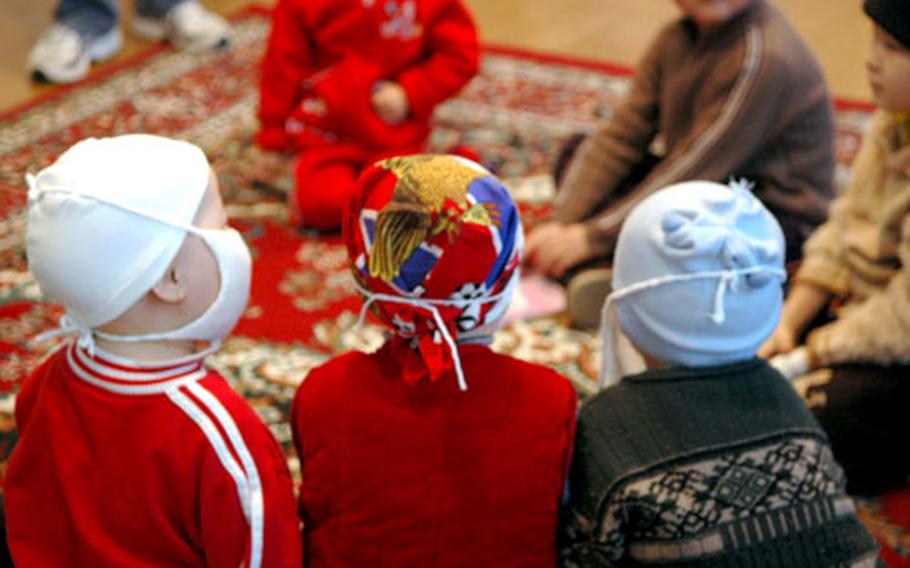 Children at the hospital “get a positive feeling,” when Americans visit, said Dr. Damira Baizakova, the chief doctor of the pediatric cancer ward. (Anita Powell / S&S) 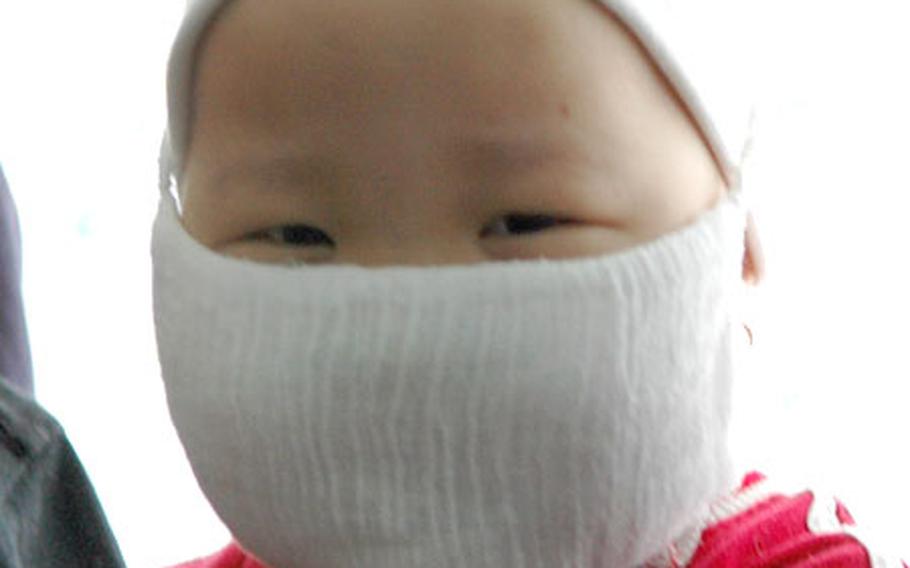 Five-year old Darica peers out from behind her mask. (Anita Powell / S&S)

BISHKEK, Kyrgyzstan &#8212; At first, 5-year-old Darica peered fearfully from behind her face mask at the unfamiliar visitors.

Within minutes, the mask was off, her face beaming as Air Force Master Sgt. Bert Quick handed out candy, cookies, books and toys to her and a dozen children like her: born to a poor, rural family; bald and weakened after successive rounds of chemotherapy at Kyrgyzstan&#8217;s only charity cancer hospital.

Shortly after the airmen&#8217;s arrival, the room erupted into laughter, smatterings of Russian and furious hand-signaling; a mess of elbows, knees, and smiling, cavorting children.

It&#8217;s experiences like this, Quick said, that make it worthwhile to venture off Manas Air Base as a volunteer for the Manas Air Base Outreach Society, a nonofficial private organization started by airmen in 2003.

The base itself is already one of Kyrgyzstan&#8217;s largest sources of income. The organization, which has about 250 members, aims to enrich the lives of those who fall through the cracks of Kyrgyz society. The former Soviet republic still clearly bears deep scars from decades of communism and, more recently, political instability, corruption and a high unemployment rate.

Late last year, members of the group &#8212; most of whom have since redeployed as part of the Air Force&#8217;s four-month rotations &#8212; completed the 100th Habitat for Humanity home, paid for the 29th heart surgery and gave nearly 700 volunteer hours.

&#8220;It has made a huge difference in this country,&#8221; said base commander Col. Randy Kee, who leads the 376th Air Expeditionary Wing, an Air Force unit comprised of reservists, Air National Guardsmen and active-duty airmen.

Members of the group say their efforts also help combat what base officials acknowledge to be a problem: the base&#8217;s image.

The organization faces a struggle of its own: Constant troop rotations make it difficult to maintain continuity, the group&#8217;s unofficial status prevents it from publicly seeking donations and many airmen have trouble finding time to volunteer.

And all agreed that Kyrgyzstan &#8212; where about 40 percent of the population lives below the poverty line &#8212; has more needs than 250 big-hearted airmen can ever hope to address.

Limitations aside, all agree that the airmen&#8217;s efforts have an impact.

After several hours of playing, which included a failed attempt at duck-duck-goose, several rounds of tick-tack-toe, and a stack of homemade Valentines, the children, who seemed to have forgotten their afflictions for a few golden hours, rose slowly &#8212; several in obvious pain &#8212; hugged goodbye and hobbled away like geriatric patients.

Darica, her face mask again covering her nose and mouth, waved shyly as she left the room.