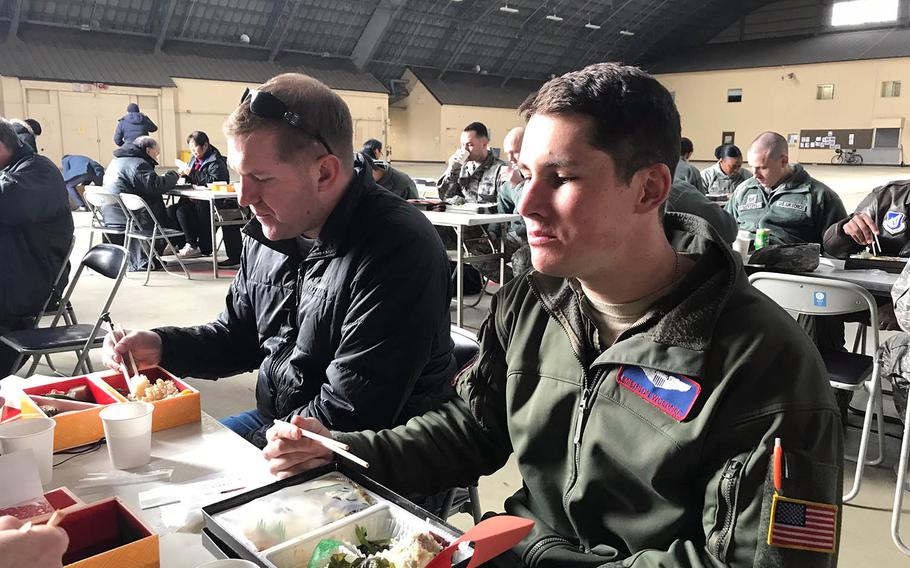 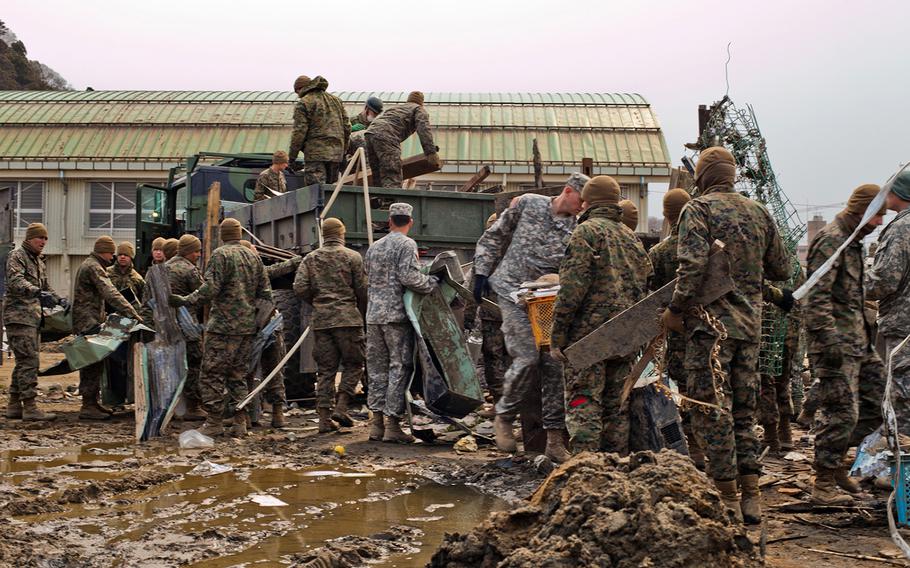 YOKOTA AIR BASE, Japan — The home of U.S. Forces Japan was transformed into a mini-Tinseltown on Monday when a group of Japanese filmmakers arrived to shoot a movie featuring American airmen and Air Force helicopters.

The Yokota scenes relate to a fictional subplot that focuses on the relationship between one of the workers and a childhood American friend. The American character takes part in Operation Tomodachi, the U.S. disaster response that involved 24,000 U.S. servicemembers, 189 aircraft and 24 ships.

Earlier this month, the filmmakers advertised for off-duty airmen to work as extras in the Yokota scenes at a rate of $120 for eight hours’ work.

During the relief effort, the helicopters flew missions to map the radiation plume spreading from nuclear plant, transported Department of Energy personnel and took relief supplies to troops in the field, he said.

One of the airmen helping out Monday, Capt. Serio Flores, 33, said he got to see actors Bradley Cooper and Ed Helms up close when “The Hangover” was filmed in Las Vegas several years ago. But he didn’t expect that sort of thing at Yokota.

“It’s an interesting industry, so seeing the Japanese counterparts made me smile,” he said.

Air Force Capt. Emerson Woerner, 27, of Indianapolis, who flew one of the Hueys during the Yokota scenes, said it was the first time he’d been involved in making a movie.

“On the one hand [the film shoot] was very normal because we do the flying stuff all the time, but with all the movie people there was a bit more to think about,” he said.

“Fukushima 50,” which is due for release next year, is a personal one for producer Nobuyuki Kajikawa. At the time of the earthquake he was making another movie — “Space Brothers” — about sibling astronauts, he recently told Stars and Stripes.

The project was put on hold and he ended up working as a volunteer in Miyagi prefecture, where thousands drowned or lost their homes in the tsunami, he said.

“I saw so many American soldiers helping the citizens and I appreciated it,” he said.