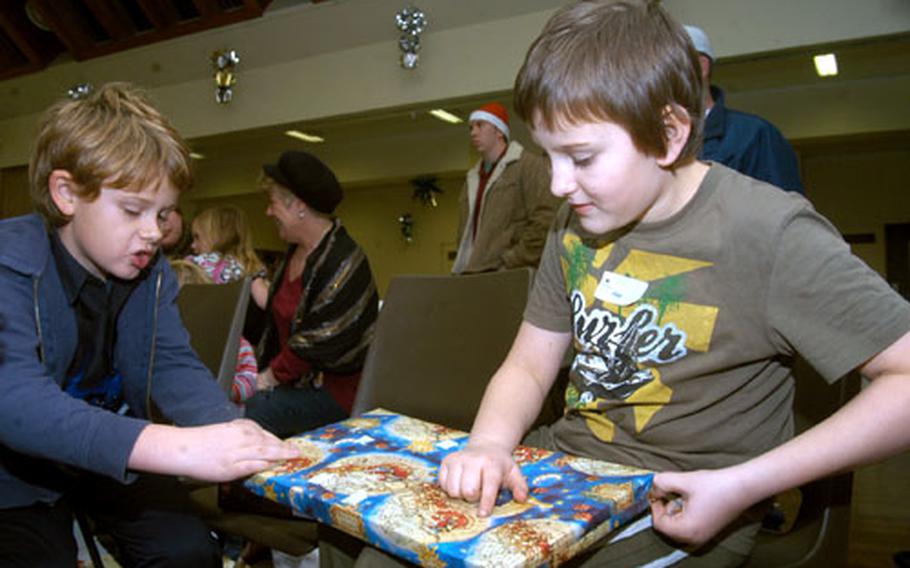 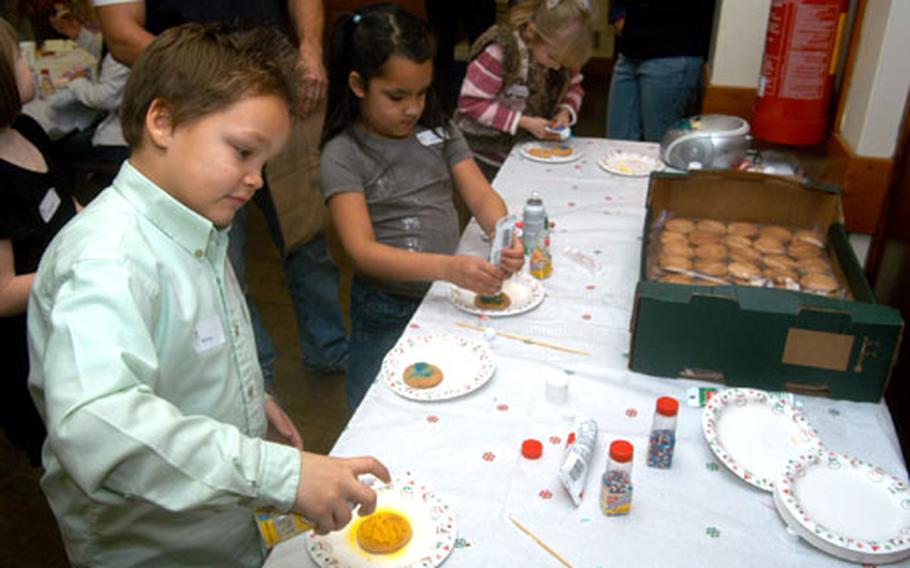 Magician "Doc" Magicke entertains a group of British youngsters during the holiday party in Mildenhall. The event was attended by about 40 children. (Sean Kimmons / S&S) 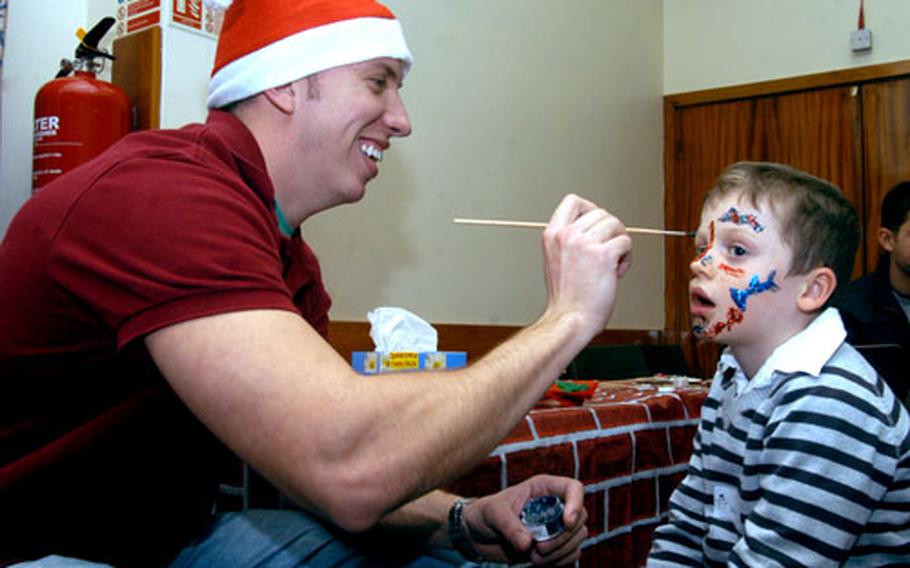 MILDENHALL &#8212; A handful of British youngsters huddled around a table, personalizing Christmas cookies with decorations at a holiday party Thursday evening inside this town&#8217;s community center.

Ashley Pinner, a 9-year-old boy, was among the decorators. After placing a sugar cookie on a small plate, he drowned it with edible spray paint, added thick lines of frosting and topped it off with a generous portion of sprinkles.

He later ate his masterpiece, declaring it delicious, although the sugary creation probably was something that only a kid could eat and love. He then went back for more sweets.

Ashley wasn&#8217;t the only one splurging at the two-hour party sponsored by RAF Lakenheath airmen and Suffolk County Council&#8217;s Children and Young People&#8217;s Services.

About 40 children could be seen swarming inside the center&#8217;s banquet room, loading up on treats and finger foods, playing party games and being amazed by a magician.

Halfway into the party, the man of the hour came rolling in with gifts. In his authentic white beard and red suit, Norman Killen, a British civilian with the 48th Equipment Maintenance Squadron, appeared as the children chanted &#8220;Santa!&#8221;

The gifts were donated by members of Killen&#8217;s squadron as well as the 48th Munitions Squadron, said Tech. Sgt. Raymond Blankenship, party organizer.

Alex Neville-Taylor, 9, appreciated the gifts he received &#8212; a Lego toy and a box of candy bars.

Barbara Murfitt, a council worker, praised the airmen&#8217;s efforts and said that local children can&#8217;t help but get excited when they get invited to the party.

Murfitt initiated the party after some airmen asked the council how they could help the community during the holidays.

&#8220;I know that the families and children appreciate the support that they give,&#8221; she said.

The Suffolk council is always on the lookout for more airmen who are interested in supporting local youths, she added.