Airmen must get familiar with ‘self-help’ personnel systems 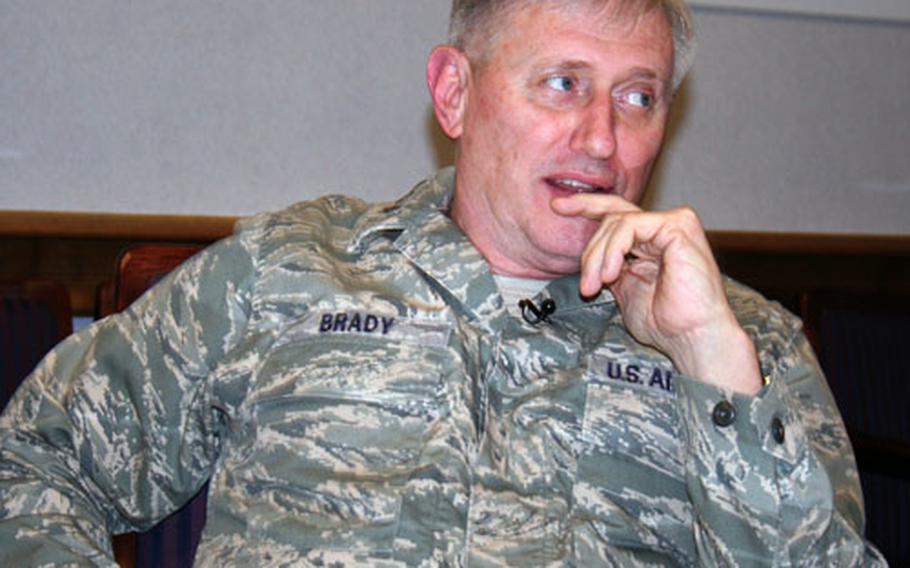 Thanks to staff cuts and the Internet, the days when nine out of 10 personnel issues were handled face to face between airmen and uniformed members of a personnel flight are over, according to Air Force Lt. Gen. Roger Brady, the Air Force’s deputy chief of staff, manpower and personnel. (Lisa Burgess / S&S)

Now the challenge lies in getting the airmen they serve to adjust also, according to Lt. Gen. Roger Brady, the Air Force&#8217;s deputy chief of staff, manpower and personnel.

&#8220;In the past, probably 90 percent of the work [personnel] did was face-to-face interaction,&#8221; Brady said in a final interview with reporters as head of personnel matters before he leaves to become head of U.S. Air Forces in Europe.

The Air Force is in the third year of a four-year plan to cut about 12 percent of its workforce in order to modernize and recapitalize its aging fleet of aircraft.

The cuts in personnel forced the remaining specialists to make some &#8220;dramatic&#8221; changes, eliminating layers of management and instituting &#8220;things like call centers, and going on the Web,&#8221; Brady said.

The customers are another matter, he said.

The changes to personnel procedures will be easier for new airmen to adjust to than older members of the force, Brady said.

Although many personnel chores have already been computerized, one challenge is still on the horizon, Brady said: the computerized payroll and personnel data system called Defense Integrated Military Human Resources System, or DIMHRS.

The Defense Department has required all the services to adopt DIMHRS to streamline record-keeping capabilities, beginning with the Army in October 2008.