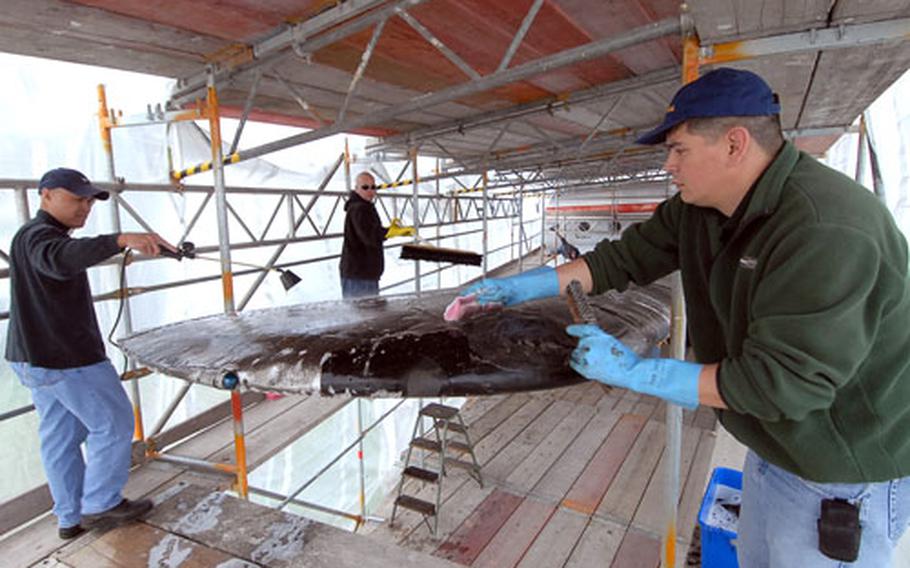 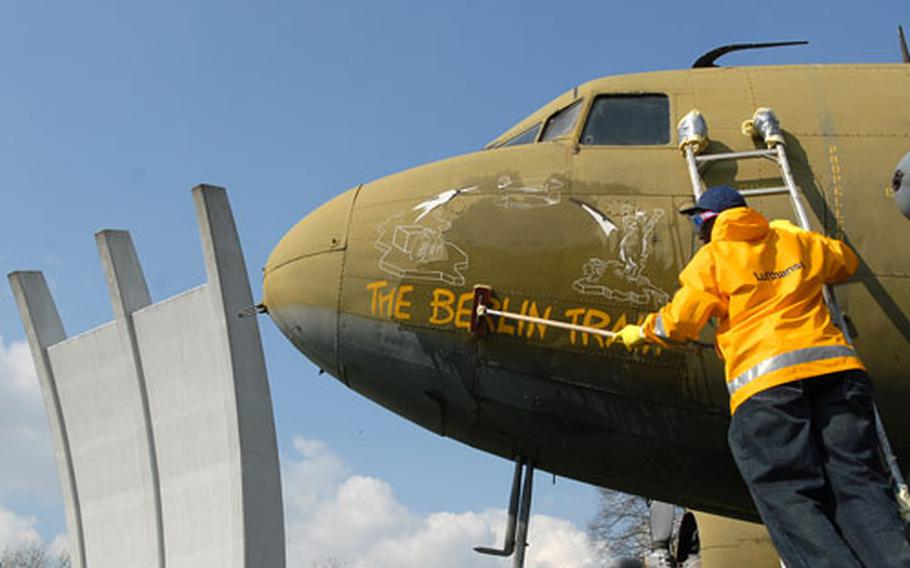 Staff Sgt. Federico Hudson cleans the C-47 Skytrain, one of two planes that are part of the Berlin Airlift Memorial at Frankfurt International Airport. At left is the monument, a twin of the one at Berlin&#39;s Templehof airport. (Michael Abrams / S&S) 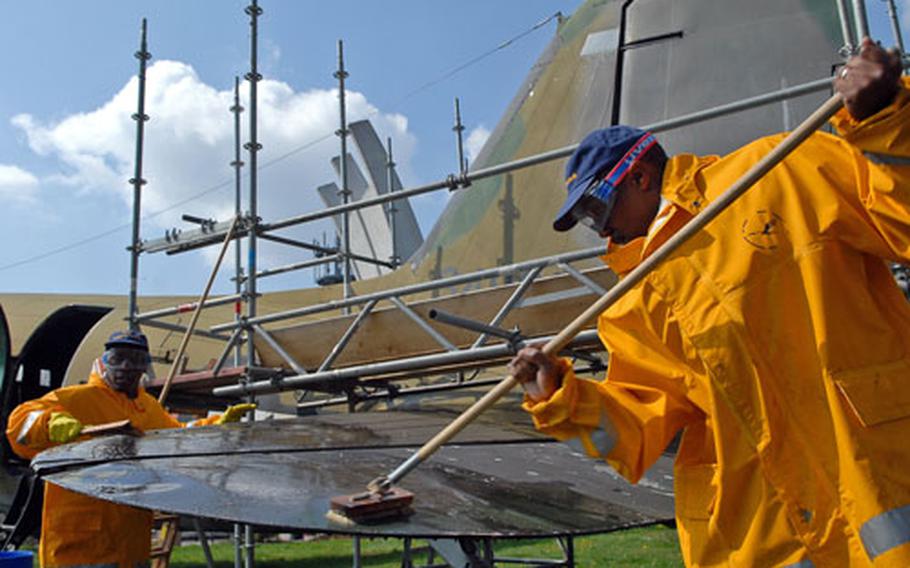 FRANKFURT, Germany &#8212; A group of airmen are brushing up a bit of Air Force history this week.

Water and cleaning solvents have helped, too.

The 60th anniversary of the Berlin Airlift may be two months away, but preparations for it are already at full throttle.

Nearly every day meetings are held to pore over the details for celebrations planned for Berlin and Wiesbaden, the latter of which was the original aircraft staging point.

At Frankfurt International Airport, which now encompasses the former Rhein-Main Air Base, a key airlift hub, work has been under way for months to spruce up the memorial park and the two old transport planes on display.

Airport and Lufthansa officials have done much of the heavy lifting so far, but this week 33 airmen from Ramstein Air Base stepped in to help.

The Berlin Airlift of 1948-49 represented a watershed moment for the United States and Germany.

When the Soviet Union instituted its blockade of West Berlin, the audacious airlift demonstrated that the German capital would not suffer the same stifling fate as Budapest, Prague and Warsaw.

Though there were some initial missteps, in relatively short order the Allies organized a massive, machine-like operation that saved the German capital from total Soviet domination.

At the airlift memorial this week, Germans and Americans are laboring to get the C-54 and its companion, the C-47, cleaned and patched up for the upcoming celebration. It hasn&#8217;t been easy, said Andreas Magerkohl, a sheet metal supervisor for Lufthansa Technik AG.

Soon after work began in September, Magerkohl said, German workers found several bird nests in various nooks and crannies of the C-47. Sections of both planes, the workhorses of the airlift, were rusting due to their exposure to the elements, from rain to bird droppings to gas fumes from the nearby autobahn.

But overall, he added, the planes seem to be in relatively good shape.

After lunch, Master Sgt. Ron Salts stood on scaffolding running alongside the right wing of the C-54. As he dragged a broom against the wing, Salts admitted he was somewhat taken aback by the condition of the aircraft. Apparently, there has been minimal attention paid to the two planes, though he hopes that will change.