Airmen give thumbs up to new dorms 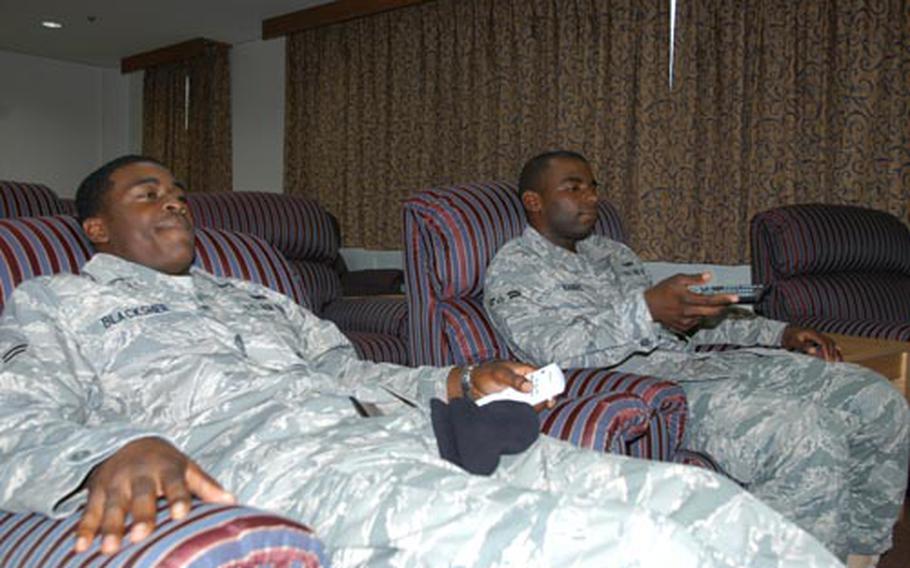 MISAWA AIR BASE, Japan &#8212; Airmen are giving high marks to the newly renovated dormitory across from the Mokuteki Community Center.

The project was finished last month and the building&#8217;s 129 occupants are moving in, said Bob Anderson, Misawa&#8217;s housing flight chief.

"This was a good quality-of-life initiative for our junior airmen," he said.

The dorm houses unaccompanied airmen E-4 and below from the 35th Security Forces Squadron and includes 10 hospitality rooms for overflow guests to base.

Airmen 1st Class Marquis Blacksher and Demarcus Harris, both 19, are new to the Air Force and the dorm.

Besides having their own room &#8212; they shared quarters and a bathroom with others at Lackland Air Force Base, Texas, technical school &#8212; they were most pleased with the small details: the full-length mirror in the closet and stackable, portable drawers underneath "the huge [full-size] bed."

Each room, about 200 square feet, also includes a refrigerator, microwave, a desk and recliner &#8212; all new. Airmen have private bathrooms, as well. Washer and driers are on each floor, with cooking facilities available in day rooms.

But what really got Blacksher and Harris excited last week was a sneak peek at the then yet-to-be opened movie room on the fourth floor. A sea of recliners faces a 52-inch flat-screen television with a surround-sound system.

"I don&#8217;t think we&#8217;re in tech school anymore," Blacksher said to Harris, while taking a photo of the room with his cell phone.

Anderson said no other Air Force dorms at Misawa are currently scheduled for renovation. Several in the past year received new day room furniture.