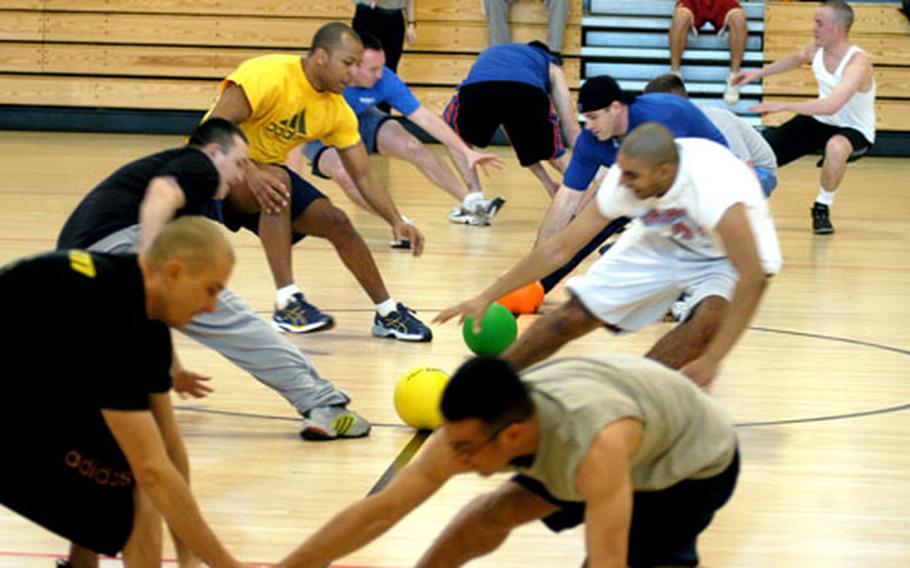 Dodgeball players rush to center court at the start of a game. (Sean Kimmons / S&S)

Dodgeball players rush to center court at the start of a game. (Sean Kimmons / S&S) 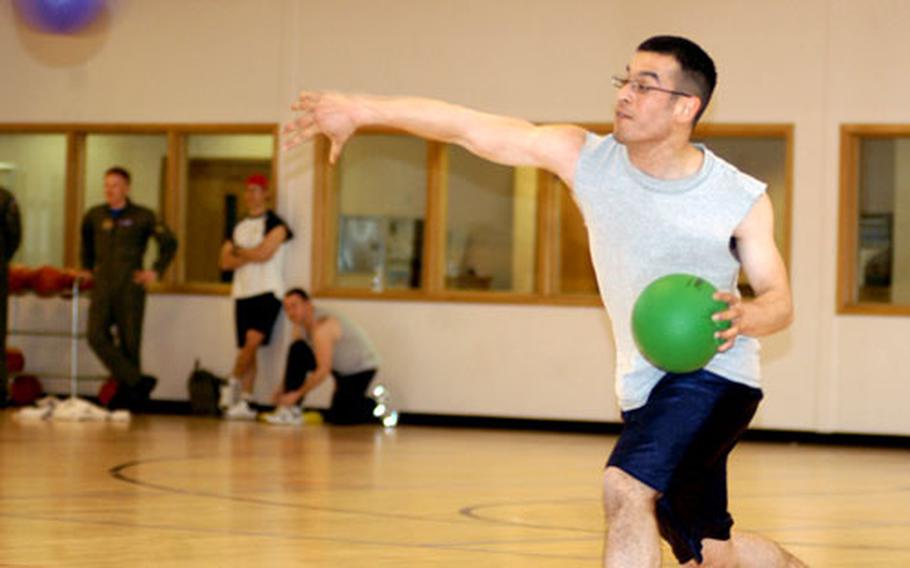 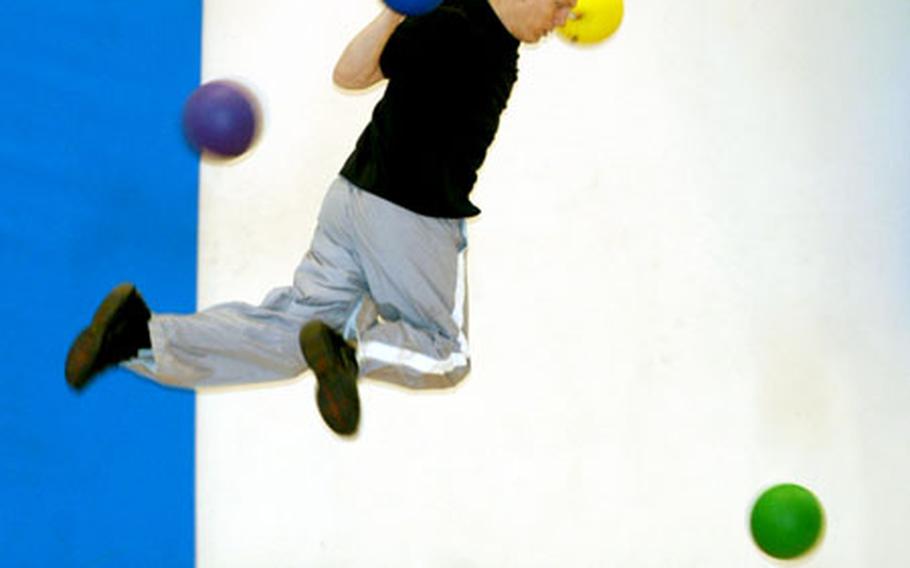 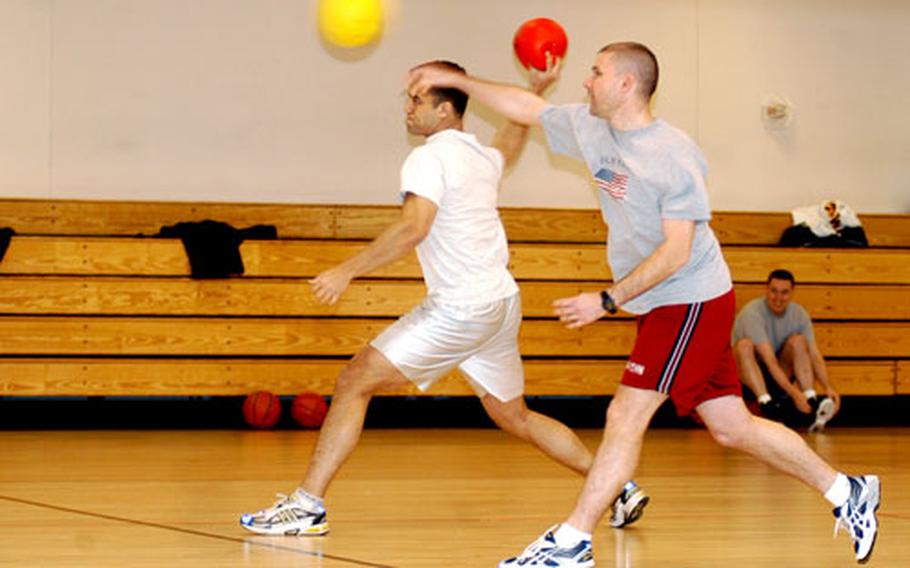 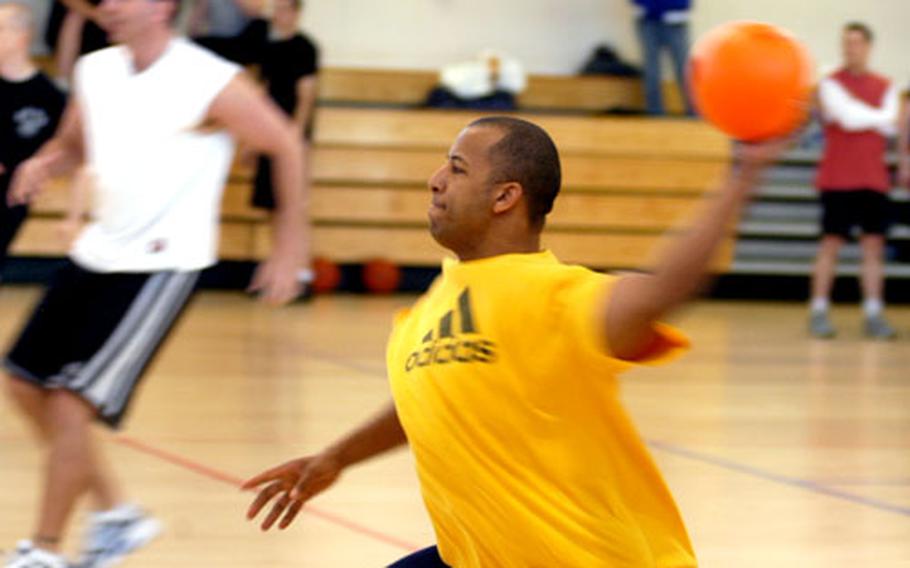 RAF MILDENHALL &#8212; Picture this: You&#8217;re a student at your old elementary school again and playing dodgeball in the gym. It&#8217;s just you and one opponent left on the court. You dig a tight grasp into a ball and heave it. Smack! The ball beans the opponent and you&#8217;re the winner.

Those longing for similar childhood experiences gathered at the Hardstand Fitness Center at RAF Mildenhall for a friendly but fierce dodgeball tournament on April 7. Unfortunately, ESPN 8 or &#8220;The Ocho&#8221; (a spoof from the movie &#8220;Dodgeball: A True Underdog Story&#8221;) did not telecast the tournament, but a few spectators &#8212; mainly from the other teams &#8212; witnessed the competition.

Four teams representing RAF Mildenhall units faced each other in a three-match series. A team of junior enlisted airmen from the 100th Security Forces Squadron outlasted the squadron&#8217;s noncommissioned officer team and the 100th Communications Squadron to grab the championship.

After the tournament, a confident player on the junior-enlisted squad said his team took care of whomever stood in their way.

&#8220;They were a little slow, but they gave it their all,&#8221; Senior Airman Oscar Rivera jokingly said about the NCO team from 100th Security Forces.

When asked what his plans are now after winning the championship, Rivera said with a smile, &#8220;I&#8217;m going back to my room to cook a nice dinner and brag to all my friends back home.&#8221;

Coordinating the tourney was Staff Sgt. Clay Gatzke, a fitness specialist with the 100th Services Squadron.

Besides allowing airmen to blow off some steam in this semi-aggressive sport, Gatzke said that the fitness center rotates a variety of tournament events throughout the year.

The fourth team in the tournament was the 100th Operations Support Squadron.